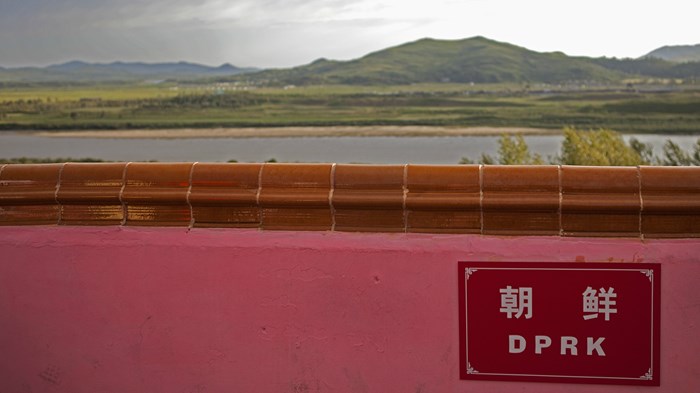 In the past few months, China has expelled dozens of South Korean missionaries from Jilin, a northeastern province that neighbors North Korea.

News media reported the raids, with estimates of the total expulsions ranging from 30 to 70.

"Chinese authorities raided the homes of the missionaries, citing a problem with their visas, and told them to leave," one human rights activist and pastor told Agence France-Presse (AFP). He said that most were on tourist or student visas.

“[It] was very exceptional,” one anonymous source told the Financial Times. “The missionaries were keeping a low profile. In the past, most missionaries were given a month to leave since their activities in China were not harming the country. This time, it was different.”

There are about 500 officially registered South Korean missionaries in China, though some say the actual number could be as high as 2,000. Many gather in the northeast, drawn by the poverty of China and the proximity of North Korea. Close to the border, the language and culture are heavily Korean.

Pastor Kim Hee-Tae told AFP that 20 percent of the expelled Koreans were assisting North Korean refugees, and that 40 of the defectors had been sent back across the border.

A spokesman for the Korea World Mission Association called the group ejection “unprecedented.”

China gave no reason for the expulsions. While some observers pointed to newly-tightened restrictions on Christians, most blamed China’s opposition to Seoul’s plan to build an American missile shield.

The THAAD radar is meant to help protect the country from North Korea, which recently launched four ballistic missiles into the Sea of Japan. Hours later, it blocked all Malaysians from leaving the country after North Korean leader Kim Jong-un’s estranged half brother was assassinated in the airport in Kuala Lumpur.

Malaysia, which believes North Korea murdered Kim Jong-nam with VX nerve agent, promptly forbid the departure of any North Koreans from the country.

The increasing tensions are making everyone nervous. China—worried that the American defense system in South Korea will be used to interfere with or spy on its own ballistic missiles—has retaliated by canceling appearances by South Korean performers, shutting down four Chinese branches of a South Korean retailer, and halting work on a multi-billion dollar theme park that a South Korean company was building in China.

Some South Korean missions agencies are recalling their workers, and the country’s foreign ministry has counseled missions groups to use “extra caution.”

This isn’t the first time South Korea’s missions effort has gotten into trouble. In 2007, 23 South Korean church volunteers were abducted by the Taliban while traveling in Afghanistan on a medical aid trip. They were released 43 days later, but not before two of them were killed.

In response, church leaders said they felt “remorse,” and promised to use more caution in the future. But the South Korean government did it for them, banning citizens from traveling to Afghanistan, Iraq, and Somalia. Four years later, the government added Yemen, Syria, and Libya to the list. (Libya and Yemen have since been removed.)

The South Korean missionary effort exploded during the late 1970s, corresponding to the rapid growth of Christianity in the small country. It reached No. 2 in the Center for the Study of Global Christianity’s list of missionary-sending countries in 2006, with more than 20,000 Korean missionaries in the field.

But by 2013, South Korea had fallen to No. 6, and some said the slowdown prompted by the travel ban was a good opportunity for the relatively young Korean missions movement to mature.

And in 2015, an American court ordered North Korea to pay $330 million to the family of South Korean pastor Kim Dong-shik for his abduction and presumed murder in 2000.

The pastor, who had evangelized and worked with North Korean defectors, was taken from Yanji—the same place in Jilin that Chinese authorities are currently cracking down on those carrying on his work.