With around 500 out of 3,700 Christian applications approved since 2016 law, is government’s progress on legalizing worship sites slow or steady?
Jayson Casper|December 17, 2018 09:00 AM 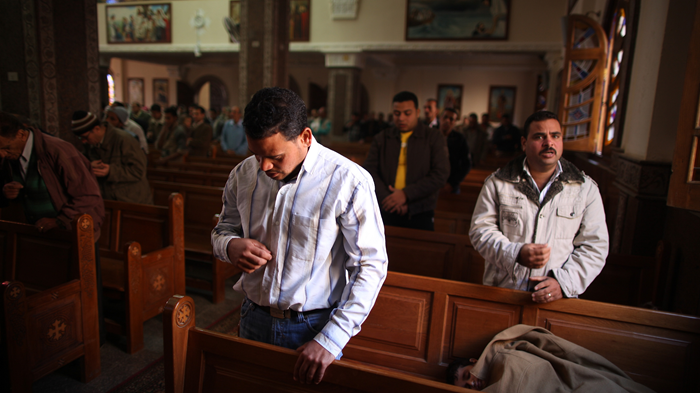 On November 30, a cabinet committee approved the requests of Egypt’s Coptic Orthodox, Protestant, and Catholic churches to formally register facilities long functioning as centers of worship.

Prior to a new law passed in August 2016, churches faced an arduous task to secure recognition by the government. Local authorities could delay or deny paperwork for licenses, often on security grounds to placate objections by neighborhood Muslims.

CT previously reported how that law was not without controversy, but that it was designed to streamline the process, allow for judicial review, and transfer final approval from Egypt’s president to local governors.

The law also established a committee to review church requests to license existing church facilities. Consisting of the prime minister and the ministers of justice, housing, antiquities, and others, it officially convened in January 2017.

A total of 3,730 requests were submitted for approval, pending review of structural soundness and compliance with local regulations. The first batch of 53 church buildings was approved back in February.

According to the government, the current decree brings the total number of approvals by the committee to 508.

“I am pleased,” said Andrea Zaki, president of the Protestant Churches of Egypt. “The process has been slow in the beginning, but I think going forward it will be better.”

Zaki is optimistic, believing the government is gaining steam and taking seriously its obligations under the law. Churches also are becoming more familiar with the required procedures.

Egypt’s Protestants have submitted requests to license 1,070 church buildings, he said. Forty-two were approved in this most recent batch, bringing their total to more than 80.

Not everyone is as hopeful as Zaki, however.

“If the easy cases have taken this long, what happens when they consider the difficult ones,” said Ishak Ibrahim, religion officer with the Egyptian Initiative for Personal Rights (EIPR).

“There is no specified timetable, so we can’t predict the future.”

The 2016 law expressly prohibits closure of a church where worship was previously conducted. But EIPR released a report stating that since the cabinet committee began its work, there have been 15 cases of sectarian tension surrounding a church under review.

Eleven churches were subsequently shut down; only two had the issues solved.

A case in point is the Virgin Mary and Pope Kyrillos VI Church in Beni Suef, 90 miles south of Cairo. Five Copts were injured when the church was attacked following the building inspection.

“Many Muslim young men from our village and villages nearby gathered in front of the church building and began pelting it with stones and bricks while shouting ‘Allahu Akbar. We don’t want a church in our village,’” said Medhat Halim, a resident in the village, as reported by World Watch Monitor.

A month earlier in Qena, 360 miles south of Cairo, a Muslim mob prevented the visiting committee from reviewing a request to license a new church.

In October, 17 people were sentenced to death and an additional 19 given life in prison for twin suicide bombings last year in the Nile Delta cities of Alexandria and Tanta on Palm Sunday.

And last month, a court gave the death penalty to an alleged ISIS supporter who murdered a Coptic doctor while pretending to be a patient. Some interpretations of Islamic law forbid application of the death penalty on a Muslim who murders a non-Muslim, while assigning other punishments.

These sentences show the government is serious in applying citizenship, said Zaki. Too often in the past, no one would be held accountable.

And though at the local level not all officials share the mindset of the central government, he does not wish the handful of incidents to distract from the progress in registration.

“There are certain problems in certain villages in Upper Egypt, and radicals exploit them to create more difficulties,” Zaki said.

“We need to deal with them wisely, but the court verdicts and the church approvals are good signs.”