Why the Winning Spelling Bee Word, ‘Koinonia,’ Is So Easy for Christians

The Greek word is common church lingo for fellowship and community.
Kate Shellnutt|June 1, 2018 10:23 AM 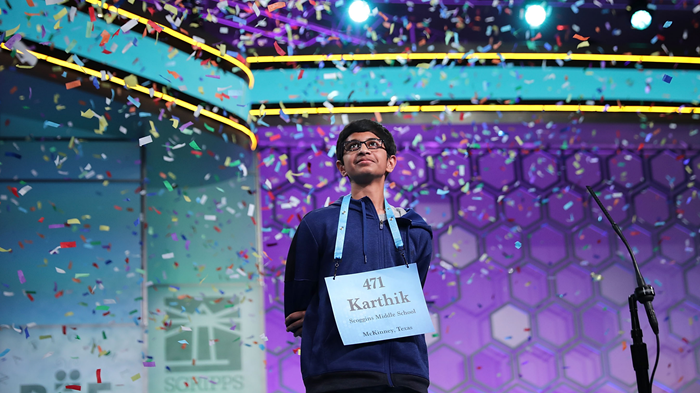 Koinonia was the winning word for the bee’s champion, 14-year-old speller Karthik Nemmani. A Greek word defined as “spiritual community,” it’s better known to believers as a term used to refer to Christian fellowship, or communion itself.

Karthik, who beat out more than 500 fellow spellers during the most competitive bee in history, said he knew the spelling of the final word as soon as the official pronouncer read it.

And so did many Christians who recognized the word from church life: It’s been used to name coffee shops, youth groups, worship bands, retreats, summer camps, and other ministries.

“If you grew up evangelical in the 90s you can totally spell koinonia because you had a crush on the drummer for a youth group band ...

Why the Winning Spelling Bee Word, ‘Koinonia,’ Is So Easy for Christians

Why the Winning Spelling Bee Word, ‘Koinonia,’ Is ...