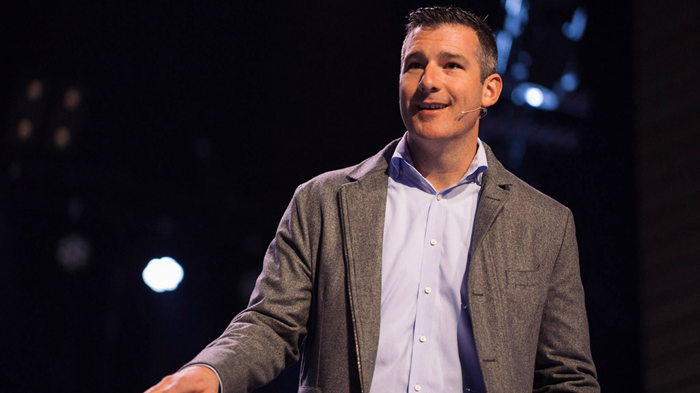 In the wake of the #MeToo movement, Savage’s victim, Jules Woodson, had spoken out publicly about the sexual assault that has haunted her since she was 17 and her disappointment with her church’s response to the crime.

She most recently shared her story, and her reaction to Savage’s initial remarks addressing the “sexual incident,” earlier this month in a haunting video by The New York Times. She told the Commercial-Appeal she was still “trying to process” the news of Savage’s resignation.

In a statement posted online, Savage addressed the criticism over his initial discussion of the assault, and announced his resignation:

After much prayer and counsel, I now believe it’s appropriate for me to resign from my staff position at Highpoint Church and step away from ministry in order to do everything I can to right the wrongs of the past.

Apologies are important, but more is required. I know that stepping down once, or even a second time, still doesn’t make things right for Jules. But addressing my own acts of abuse this way acknowledges the importance of confronting abuse in our culture and in the Church at large. In addition, I will continue striving to grow through this experience going forward as I seek God’s will.

Last month, the pastor who Woodson met with to report Savage’s assault back in 1998, Larry Cotton, resigned from his position at The Austin Stone Community Church.

Cotton had been on staff at Woodlands Parkway Baptist Church in Houston at the time of the abuse, but did not contact authorities to report the crime. He stated that he has come to understand “the weight of my mistakes.”

Woodson’s story reignited the conversation over how church leaders can better address abuse allegations by alerting the police and/or allowing outside firms to investigate.

“When people see churches trying to handle investigations of their own leaders internally, it leads many to doubt whether the church really desires to bring the truth to light,” wrote researcher Julie Zamzow. “Even if you think you can be objective, if the public views your actions as trying to sweep things under the rug, this does real damage, not only to your church but to the entire Christian community.”

In Savage’s case, Billy Graham Center for Evangelism executive director and CT blogger Ed Stetzer wrote, “so much damage is already done—most of all (and most importantly) to Jules, but (again) to the broader Christian witness.”

Woodson previously told the Times, “We as a church, of all places, should be getting this right. It’s unfathomable to me that the secular world, Hollywood, are taking a stand. The church should have been the first group to stand up and say, ‘We will not allow this.’”

The backlash over Savage’s response and the ways other churches have mishandled abuse cases are reminders to listen to victims and to be mindful of language used to characterize rape, assault, and harassment when allegations arise.

Christian advocates have emphasized the importance of recognizing abuse as abuse, rather than using language to downplay what happened or to suggest that a sexual relationship between a youth pastor and a teen in a youth group could be consensual.

“Anger won’t be enough—but neither will apologies. We need forums for helping men to see the harm they’ve done, name it rightly, accept culpability, and commit to the redemptive work of healing,” wrote Jen Pollock Michel back in January. “I can’t help but hope that churches like Highpoint Church in Memphis will one day lead the way in refusing language that minimizes sexual aggression.”

The church sent an email to congregants today correcting its error.

“Highpoint leadership has come to recognize that it was defensive rather than empathetic in its initial reaction to Ms. Jules Woodson’s communication concerning the abuse she experienced, and humbly commits to develop a deeper understanding of an appropriate, more compassionate response to victims of abuse,” leaders stated.

In Savage’s remarks in January, he said the “incident was dealt with in Texas 20 years ago,” and that he had adequately sought forgiveness and accepted responsibility. In the followup statement announcing his resignation, his perspective has shifted:

When Jules cried out for justice, I carelessly turned the topic to my own story of moral change, as if getting my own life in order should help to make up for what she went through and continues to go through. Morality is meant to guard against injustices, not to minimize them, to compensate for them, or to obscure them. I agree with Jules that, of all places, we as the Church should be getting this right.

As I’ve reflected during my leave of absence, I have come to see that many wrongs occurred in 1998. The first was my inappropriate relationship with Jules, which was not only immoral, but meets the definition of abuse of power since I was her youth pastor; therefore, when our relationship became physical, there could be no claim of mutual consent. Another wrong was the failure to follow due process afterward; Jules deserved, and did not get, a full investigation and proper response 20 years ago.

Highpoint’s investigation of Savage was conducted by Scott Fredricks with the law firm Cantey Hanger.

CT Pastors has resources for church leaders on how to care for survivors of abuse within your congregation, as well as how to identify and stop sex offenders.