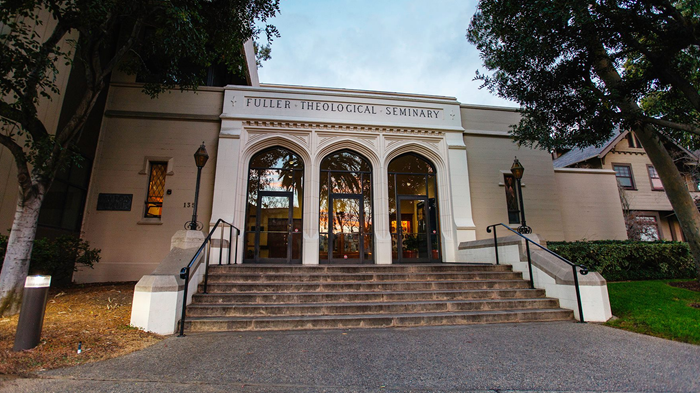 Fuller Theological Seminary announced plans this week to sell its 70-year-old Pasadena, California, campus and move to a new location designed to facilitate its expanded online education offerings in the wake of shifting enrollment.

The decision to leave its main campus for a site in Pomona, California (about 30 miles away), follows downsizing efforts at the country’s largest multidenominational seminary, which last summer announced plans to close three of its eight satellite campuses and to cut degree options at two more.

“In the last few years we have been through meticulous financial excavation, budget scrutiny, and painful cuts as we’ve navigated an increasingly challenging and disrupted higher education landscape,” wrote Fuller president Mark Labberton in a letter released Tuesday.

“Trustees, senior leadership, faculty, staff, students, and friends of Fuller spent months in due diligence and fasting and prayer, convinced that theological education is just as necessary for this new era as ever, but knowing we must take bold risks and have a bold vision in order to transform.”

While the number of full-time students at Fuller’s main and regional locations has dropped, enrollment in online classes rose by 50 percent over four years and began outnumbering all other campuses in fall 2016, provost Joel Green noted last year.

Fuller has watched the popularity of its online classes grow by 16 percent a year. The seminary has already doubled-down on online, hybrid, and nontraditional programs and promises that the upcoming transition will continue to expand options for “traditional degree education, formation experiences, professional certificates, and resources.”

It’s the second evangelical institution in the past year to announce plans to sell property in pricy Pasadena; the former US Center for World Mission (USCWM)—now known as Frontier Ventures—recently secured a buyer for much of the Southern California campus that housed its headquarters for decades. Gateway Seminary also decided last month to sell its former Los Angeles-area campus in Brea, California.

Fuller anticipates that selling its 13-acre downtown property and moving to Pomona will improve its financial standing by boosting its endowment, eliminating all debt, and streamlining resources. “Our home for the last 70 years will make our home for the next 70 years possible,” said Labberton.

Several members of the Fuller community praised the move on social media. “Although I hate to see them leave their beautiful campus in downtown Pasadena, it is good and courageous to make a painful decision today in order to thrive in the future,” said Mark Wilson, an alumnus who now teaches at Southern Wesleyan University.

According to a press release, “The new campus will feature state-of-the-art facilities designed to serve both traditional and online learning along with smarter centralized administration.”

As Christianity Todayreported last year, online degree programs are no longer a new frontier but now standard practice for a new generation of students without the finances, time, or denominational mandate to attend a full-time, in-person seminary program.

According to the Association of Theological Schools in the United States and Canada (ATS), overall seminary enrollment underwent nearly a decade of decline before recently leveling out, as now more than two-thirds of seminaries have moved degree options online.

From an optimistic perspective, online offerings allow Fuller to reach and train a wider range of Christian leaders, including those outside the US. “As we innovate new applications of technology and vocation formation, distance is not an obstacle to forming local leaders around the globe,” Labberton stated.

Fuller has celebrated the success of Fuller Formation Groups, which meet virtually to discuss spiritual and leadership formation, and has expanded its online degree options from three degrees offered primarily online—Master of Divinity (MDiv), MA in Theology and Ministry (MATM), and MA in Global Leadership (MAGL)—to add two more that can be fully completed online: MA in Theology (MAT) and MA in Intercultural Studies (MAICS).

But the changing expectations are also challenging and dramatic.

The Fuller president referred to “the whirlwind of disruption that has upended graduate seminary education in the last few years” and has written about ongoing efforts to adapt to the new landscape.

“A whirlwind is full of disruption and opportunity. Every day our minds are bent on trying to figure out what the gospel calls us at Fuller to do and to be. Many days are full of great encouragement. Some days are just hard disruption, and discernment is even harder,” he said.

“The whole economic model of a seminary like Fuller is changed by these dynamics. The pedagogical formula is altered and new paradigms have to be set. Understanding what will best serve our students and maintain a thriving institution will necessarily look different than ever before.”