Uncertainty and heresy are common in the UK, but evangelicals stand out for fidelity to orthodoxy.
Griffin Paul Jackson|November 23, 2018 08:00 AM 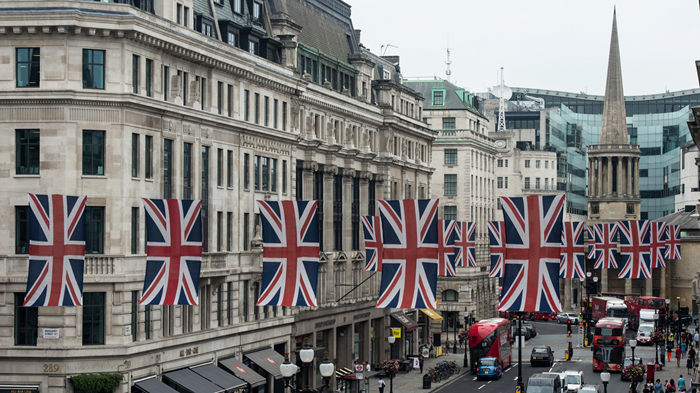 A third of people in the United Kingdom say they don’t know whether the Resurrection actually occurred, whether God counts a person righteous based on faith alone, or whether trust in Jesus alone leads to salvation.

In Ligonier Ministries’ first-ever State of Theology survey conducted in the UK, “I don’t know” was the top response to numerous questions about Jesus, sin, the Bible, salvation, and other rudimentary theological concepts. (CT has covered the US version of the survey in 2014, 2016, and 2018.)

Many Brits remain ambivalent on matters of faith. About a third were unsure about the nature of the Trinity (31%), Jesus’ bodily resurrection (33%), the existence of hell (30%), and Jesus’ return (31%). Even more, 36 percent, said they didn’t know whether to agree or disagree with the statement, “God counts a person as righteous not because of one’s own works but only because of one’s faith in Jesus Christ.”

“It’s actually tragic when you look at the survey and you see so many saying ‘I don’t know,’” Stephen Nichols, chief academic officer of Ligonier Ministries and president of Reformation Bible College, told Premier Christian Radio.

“These aren’t just matters of life and death, these are matters of eternal life and eternal death. There can’t be any more consequential questions than the questions on this survey and so these ‘I don’t know’s are really troubling.”

The foundations of faith may be on sandy ground in the British Isles, where—like their American counterparts—a significant number of Christians ascribe to heretical beliefs.

Half of practicing Christians (49%) attest that religious belief is a matter of personal opinion rather than objective truth. Only 22 percent disagree, and another 21 percent somewhat disagree.

The survey of 520 practicing Christians also found that:

Even practicing Christians in the UK generally see the Bible as a book of stories. Around half (47%) believe that the Bible contains helpful accounts of ancient myths but is not literally true. About a third of those go on to say that modern science disproves the Bible.

Most of the nation’s faithful hold to traditional Christian views on sex and social issues. Only about a quarter (26%) of practicing Christians think believers should stay quiet on political issues.

More than half (64%) consider sex outside of marriage a sin, compared to 30 percent who disagree. The stances are similar for abortion, with 64 percent believing it’s a sin and 29 percent disagreeing. The church in the UK is more divided on homosexuality; half of practicing Christians disagree with the statement, “The Bible’s condemnation of homosexual behavior doesn’t apply today,” and 41 percent agreeing. Nine percent say they don’t know.

Ligonier estimates that there are as many as 2 million evangelicals in the UK, and their stances stand out in comparison. Though the survey only sampled 119 UK evangelicals, leaving more room for error, the findings suggest they hold stronger theological and social positions than fellow Christians or the country on average.

Evangelicals, defined by belief, are considerably less likely than other UK Christians to fall into heretical traps, much more readily affirming, for instance, the personhood of the Holy Spirit, the depravity of mankind and the penalty for sin, and the authority of the Bible. Evangelicals are also far more likely to agree that hell is real (86%) and that righteousness comes by faith in Jesus alone (91%).

British evangelicals “are committed to the belief that salvation is through Jesus Christ alone, and their pro-life and pro-marriage beliefs contrast sharply with the general population,” the study’s authors said. “Yet evangelicals expressed some erroneous views about Jesus Christ and the Holy Spirit.”

Heresy is still present among UK evangelicals, but they were as much as half as likely as Christians overall to espouse certain erroneous positions:

“These results show the urgent need for sound biblical teaching and the bold preaching of the gospel,” state the authors.

“Even evangelicals are a doctrinal mess; the majority hold Jesus to be created, the Spirit to be a force, and people to be fundamentally good rather than sinners,” tweeted Peter den Haan, associate minister at Rugby Baptist Church in England. “Pastors, we've got work to do.”

More than 3-in-4 (76%) UK evangelicals fully agree that sex outside of traditional marriage is sinful, and 15 percent somewhat agree. 77 percent believe what the Bible says about homosexuality is applicable today, and 86 percent say abortion is a sin; only 7 percent disagree.

Christians Across the Pond

Christians in the UK resemble evangelicals in the US share some beliefs but also diverge on certain topics.

British Christians are twice as likely as American evangelicals to contend that the Bible is not literally true (48% vs. 24%). They are more open to the idea that God accepts the worship of all religions (64% of UK Christians vs. 53% of US evangelicals) and that religious belief is a matter of personal opinion (49% vs. 37%).

More British Christians prefer believers stay silent on political matters (26%) than American evangelicals (16%). While the majority of practicing Christians in the UK hold to traditional beliefs on sex and abortion, they do not take sides as strongly as US evangelicals.

On controversial ideas like the prosperity gospel, the notion that God always rewards faith with material blessing in this life, the general population of practicing Christians in the UK generally aligns with American evangelicals, with 44 percent of the former population and 41 percent of the latter agreeing.

British evangelicals resemble their US counterparts in the Ligonier survey, and in several instances, they hold stronger orthodox positions on theological issues—perhaps holding tighter to the distinctives of the faith in a more secular context. For instance:

Among the sharpest differences between UK and US evangelicals are on social issues and the importance placed on corporate worship and on evangelism. At much higher rates, and with more confidence, UK evangelicals say sex outside of traditional marriage is sinful (91%), abortion is sin (86%), and the Bible’s condemnation of homosexuality is still applicable (77%), compared to American evangelicals (64%, 64%, and 50%, respectively).

Nearly two-thirds (64%) of evangelical Christians in the United Kingdom say worshiping alone or with one’s family is not a valid replacement for regular church attendance. Only half of American evangelicals felt the same way.

And perhaps most amazingly, of the 119 British evangelicals surveyed, 100 percent strongly agree with the statement “It is very important for me personally to encourage non-Christians to trust Jesus Christ as their Savior.” A mere 38 percent of American evangelicals agree as strongly, and the same number somewhat agree.

In response to the theological confusion found among his fellow Brits, Cuckfield Baptist Church minister Will Cockram wrote, “A third of people ‘don't know’—let's go and tell them!”

LifeWay Research interviewed a demographically balanced online panel of UK adults and received 2,133 completed responses. A separate online sample interviewed 520 practicing Christians in the UK. The surveys were carried out in May 2018.

Evangelicals were defined as people who strongly agreed with the following four statements: