Brazil Investigates If US Missionary Encroached on Isolated Amazon Tribe

The South American rainforest is home to a majority of the uncontacted indigenous groups left on earth.
Kate Shellnutt|January 25, 2019 07:00 AM 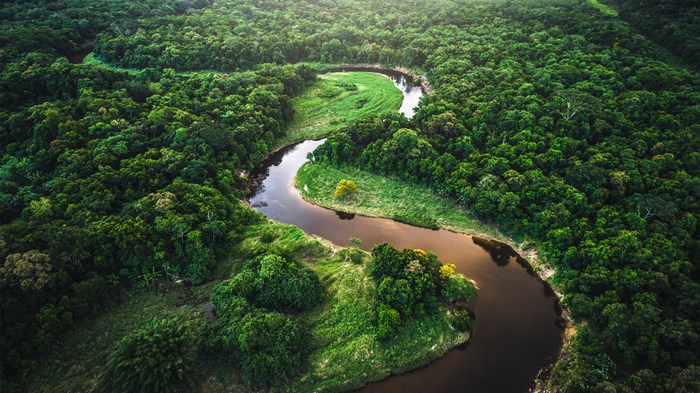 An American missionary in Brazil is under investigation and possibly faces charges of genocide for entering protected lands inhabited by an isolated tribe in the Amazon.

Unlike John Allen Chau—an American missionary who was killed last year during one of his initial encounters with a remote tribe halfway around the world—Steve Campbell and his family have lived among indigenous people in northwest Brazil for more than 50 years.

Campbell, a second-generation missionary with Baptist Bible Fellowship International, is accused of venturing outside of his longtime home among the Jamamadí people onto territory belonging to the Himarimã, the only isolated tribe among eight ethnic groups in the area, according to the Brazilian newspaper Folha de São Paulo.

He claimed that he crossed the neighboring land while teaching the Jamamadís how to use GPS to map the boundaries of their own land, and promised not to re-enter. The head of the government’s indigenous protection agency, Fundação Nacional do Índio (FUNAI), has enlisted the prosecutor’s office and federal police to determine whether Campbell violated the law and put the tribe at risk.

“If it is configured, in the investigation, that there was interest to make contact, to use his relationship with other Indians to approach the isolated ones, he can be accused of a crime of genocide by deliberately exposing the safety and life of the Himarimã,” said Bruno Pereira, FUNAI coordinator. The tribe is estimated at just 100 people.

In response to Campbell’s investigation, indigenous rights groups have condemned his presence in the area and raised concerns of the possible spread of disease killing off a population otherwise unexposed and without immunity.

Similar pushback came up last year around Chau’s mission to the Sentinelese. Biologists at Wheaton College told Ed Stetzer that isolated people will always be vulnerable to disease through contact, even when precautions are taken. They also raised the sad history of the Conquistadors who wiped out some native populations with the diseases they brought with them from Spain and Portugal to the Americas.

But fellow missionaries have defended Campbell’s place in the Amazon. “He is committed to the wellbeing of the Jamamadí, and the work his father and mother did there for years, being the one source of health care, providing the initial literacy school in the Jamamadí language,” said Braulia Ribeiro, a former Brazilian missionary among isolated tribes and an expert in indigenous missions. “They might be the only reason this group survived.”

The investigation comes at a precarious time for Brazil’s indigenous people. The Amazon jungle, the world’s largest tropical rainforest, is home to a majority of the 100-or-so remaining uncontacted tribes on earth, who are threatened by encroaching loggers and other land grabbers. President Jair Bolsonaro, who took office at the start of the year, has been outspoken about his desire to see indigenous tribes become less isolated, with plans to deny future tribal land claims and, if possible, to allow industries to access natural resources on existing tribal territories.

“There is no indigenous territory where there aren’t minerals,” said Bolsonaro, a Catholic with evangelical ties. “Gold, tin, and magnesium are in these lands, especially in the Amazon, the richest area in the world. I’m not getting into this nonsense of defending land for Indians.”

Just two years ago, illegal gold miners reportedly killed 10 members of an uncontacted tribe, then bragged about the feat. Dozens more indigenous people and rural workers are killed each year in clashes over remote land.

Without access to modern medicine, some remote tribes are known to kill children born with disabilities or diseases, and there’s an ongoing debate in the country over whether outsiders—in landmark cases, evangelical missionaries—can intervene when a tribe allegedly opts to kill one of its own as part of a cultural tradition.

Because of Alves’s evangelical background and ministry affiliations, tribal rights groups and FUNAI officials themselves have opposed her appointment, The Guardian reported, going as far as calling her the “worst possible” choice for the position.

Recent FUNAI policies have restricted travel to or interaction with some tribal peoples to only government officials, citing concerns for physical and cultural security. But Brazilian missionaries have a long history of working among indigenous groups and advocating for their rights to their lands as well as their autonomy.

Campbell’s parents moved to Brazil as Bible translators when he was a toddler, and he continues their work along with his wife, Robin, and their daughters. The family is supported in part by a Baptist church in Maine. Other missionaries come through international organizations such as New Tribes Mission as well as Brazilian ministries.

“Missionaries have been persistent, focused, and even insistent in saving and developing communities,” said José Dilson Alves da Silva, a Brazilian Presbyterian pastor and missionary.

“Some agencies want to prevent missionaries from accessing these tribes, claiming interference in the culture and possible external contamination with disease,” he said. “Yet they forget how many have been saved by medicines and interventions brought by missionaries.

“Some accuse of intervention in tribal religion, yet no missionary manipulates or forces an Indian to convert to his religion,” said Alves da Silva. “Just as the white man, they are also in search of spiritual meaning. And where they find more comfort for their souls, there they take shelter.”

Ribeiro spent more than 30 years involved in indigenous missions in the Amazon, first as a missionary herself, and then running a missionary training center. A linguist conducting the first phonological research in the region, she lived with a team among the Suruwahá, an isolated tribe along the Purus River.

Young Brazilians on these missions through JOCUM (Jovens Com Uma Missao), the national chapter of YWAM, used an incarnational model to bond with the community, going as far as living naked among the tribe and sharing their community hut.

“Over 25 years later, the tribe was still autonomous, and their material life style unchanged. The big change happened when they wanted to have health care specifically for their children born with genetic deficiencies,” she wrote to CT.

“The government started then a persecution against our work that culminated with our expulsion from the area. Since 2008, government workers have been the only ones allowed in the area in spite of the Suruwahá insistence on having us back.”

Last year, the Suruwahá were among the tribes who received dental care from Doctors Without Borders.

Ribeiro shared concerns about indigenous people receiving assistance from groups appointed by the government, since they rarely stay in a community long enough to build relationships and learn the language. Meanwhile, she says field missionaries often bring high levels of technical training—from anthropology to nursing—while committing to serve for an extended amount of time.

“It is impossible to find a missionary center in the jungle that is not associated with some sort of community development, primary health care, or basic literary or adult education initiative,” said Ribeiro, now a student at Yale Divinity School. “The religious component of the missionary work is many times almost hard to identify. When done well, cross-cultural evangelism generates indigenous churches closer to the local culture than to the missionary’s religious culture.”

In addition to constitutional protections for indigenous people, Brazil signed onto the United Nations Declaration on the Rights of Indigenous Peoples more than a decade ago. Not only does the country often finds itself in violation of these protections—due to tightening FUNAI budgets and shifting political priorities—but some have questioned the focus of the protections themselves.

Ribeiro shared concerns over government exploitation, since Brazil grants indigenous tribes land rights for their traditional customs, but the government assumes rights for developing its resources or other activity. And documents like the UN declaration are “more concerned with the collective rights of the abstract ‘cultural patrimony’ and respect of territory” than the people themselves, she says.

“Today we have Indians in national politics, in government agencies, and even in the military,” said Dilson, “because missionaries have invested and paid the price with dedication, love, and zeal, opening their eyes to the rights they have—including the riches of their lands which were being exploited by ‘well-intentioned white men.’”

Brazil Investigates If US Missionary Encroached on Isolated Amazon Tribe

Brazil Investigates If US Missionary Encroached on ...