Ten places where churches are helping unpaid and furloughed federal employees during the partial government shutdown.
Kate Shellnutt|January 23, 2019 10:00 AM 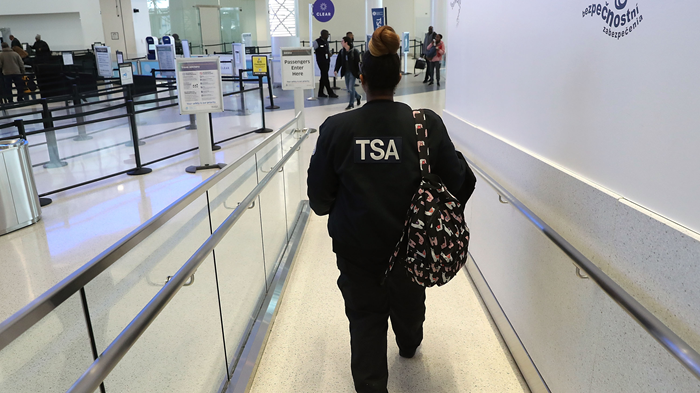 “Rise mercifully upon our darkened hearts, and deliver us from the trench warfare of yet another government shutdown,” Senate Chaplain Barry Black prayed on the final day of the outgoing Congress at the start of the year.

Three weeks into the longest partial shutdown of the US government in history, he continued his petition before the Lord and the legislature on Tuesday. “As hundreds of thousands of federal workers brace for another painful payday, remind our lawmakers they can ease the pain,” said Black, a Seventh-day Adventist who’s served as the Senate’s spiritual coach for 15 years and through three government shutdowns.

The delay in approving the remaining third of the congressional budget comes as a double-blow to some segments of the population—the 800,000 federal employees forced to go without a paycheck as well as those across the country who rely on federally funded government services, from food banks to public transit, that have scaled back as a result of the pause in grant money.

But churches, as they join in prayer for a legislative solution, have also stepped up to support community members affected by the budgeting stalemate. Here are 10 places where Christians are reaching out to love their furloughed and unpaid neighbors:

Washington, DC: It’s impossible to ignore the shutdown in the DC metro area, where churches have been praying for the government, their communities, and their own for weeks. McLean Presbyterian Church in Northern Virginia has hosted shutdown lunches to pray for affected federal employees and their families over a meal. The Presbyterian Church in America congregation has also made its deacons fund available for families in need of financial support. Congregations in the Baltimore-Washington Conference of the United Methodist Church have offered “Furlough Fellowship,” a support group meeting for off-work government employees and have upped the output at their food pantries. First Baptist Church of Glenarden has organized a grocery giveaway for government employees and contractors in Prince George’s County, Maryland. Since the shutdown, 1 in 4 calls for assistance comes from a federal worker. “No one wants to be in that kind of situation, but that’s why we’re here, to help our neighbors,” said church spokesperson Sonji Joyner.

Atlanta: In Atlanta, home to the largest airport in the country, Antioch Baptist Church joined community-wide efforts to distribute food to government workers through the Atlanta Community Food Bank, which gave out 40,000 pounds of chicken and vegetables from a mobile station set up by TSA offices. Individual congregations have distributed offerings to affected members, with Destiny World Church giving $500 to five members and New Birth Missionary Baptist giving nearly $300 to 30 furloughed workers. New Birth senior pastor Jamal H. Bryant told the Atlanta Journal-Constitution that he originally called the members to pray for them, but felt the Lord call him to ask for a collection on their behalf.

Alaska: Alaska’s AK Joy Church donated 180 bags of groceries—fixins for a spaghetti dinner—to TSA workers at Ted Stevens Anchorage International Airport. “This is all about sparking a larger conversation about the needs of our community and federal workers,” Caleb Bialak, a senior pastor at the Assemblies of God congregation, told their local CBS station. Outside of DC, Maryland, and Virginia, the sparsely populated rural states of Alaska and South Dakota—home to thousands of people employed by the Department of the Interior and Department of Agriculture—actually have the greatest share of workers affected by the shutdown, according to the Wall Street Journal. “Just because they have a job and they are going to get paid whenever the shutdown ends and they'll get all that back pay doesn't mean that they have money now,” fellow senior pastor Shayna Bialik said. “Now is when they need food. Now is when they need help with the bills.”

Alabama: One major story of church generosity around the government shutdown comes out of Huntsville, Alabama, where a single congregation gave away $16,500 in grocery store gift cards in just 30 minutes last Thursday. First Baptist Church of Huntsville collected $2,500 from members and emptied its $14,000 disaster relief fund to help some of the 40,000 federal workers and contractors who live in their city, hundreds of whom have been forced to go without work. Huntsville borders the Army’s Redstone Arsenal, which houses several federal defense programs as well as NASA’s Marshall Space Flight Center.

San Diego: The Promise Church in Chula Vista, California, launched a food bank for San Diego–area TSA workers and will offer groceries for them throughout the shutdown, according to KPBS. “I know it’s not easy for them to ask for food,” said Anna Alas, director of social assistance for the Spanish-speaking congregation. “We just want to show them that we’re for them—we’re here for everyone—but they’re federal employees that are here providing a service for us citizens of the United States and we want to give that back to them.”

Dallas: Concord Church in Dallas recognized affected employees during its Sunday service by praying over them and offering them support: $100 gift cards, food from its food pantry, and referrals to other resources in the community. “It’s so hard to watch family members and friends that are going through this difficult season when the politics of DC impacts the homes of families,” said pastor Bryan Carter. “Keep them in your prayers, but thank you, Concord, for being the church that responds to people’s needs not only spiritually but also physically.”

Chicago: Over the weekend, the Salvation Army began serving daily meals for TSA agents at Chicago’s Midway and O’Hare international airports. The church’s local division has arranged meals for all three shifts and will continue to feed them daily for as long as the government is shut down. “It is only appropriate that we are there to support the TSA agents who ensure that we are safe during our flights,” said divisional leader Charles Smith in a statement. “We are honored the City of Chicago Department of Aviation has allowed us to come into the airports and serve their staff.”

Memphis: After finding out that eight members of Oak Grove Missionary Baptist were affected by the government shutdown, pastor Donald Johnson collected a special offering, matched by a donation from the church, to help cover their bills. “If we know there’s a need, then we have to sow the seed,” he told a local news station. The church gave $1,000 to each federal employee, many of whom work for divisions such as Social Security and the Internal Revenue Service.

New Orleans: First Baptist Church of Belle Chasse hosted a government shutdown pantry for affected employees, including Coast Guard families stationed in the area, and will continue to distribute donations throughout the shutdown. (The Coast Guard, now under the Department of Homeland Security instead of the Department of Defense, is the only branch of the military missing pay during the shutdown.)

Colorado Springs: New Life Church in Colorado Springs distributed bags of food at its Sunday services for “anyone affected by the government shutdown or anyone in need,” said senior pastor Brady Boyd. Hundreds of families were able to pick up groceries donated by the 10,000-person megachurch.