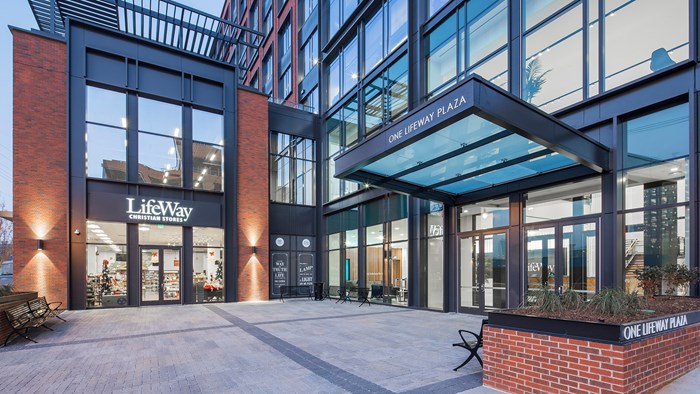 LifeWay Christian Resources, the largest Christian retail chain in America, plans to close all 170 stores this year and shift its offerings entirely online.

“The decision to close our local stores is a difficult one,” said acting president and CEO Brad Waggoner, who is succeeding longtime LifeWay president Thom Rainer.

“LifeWay has developed close connections with the communities where our stores are located, and we have been honored to serve those communities. We will continue serving local congregations as they meet the spiritual needs of their neighbors.”

The Southern Baptist affiliate announced in January initial plans to reduce its locations this year due to declining sales and financial pressures, but ended up deciding it wasn’t viable to keep any stores open past 2019. Rainer said they did all they could to save the stores, which span across 30 states.

“Our retail strategy for the future will be a greater focus on digital channels, which are experiencing strong growth,” Waggoner said in an announcement on Wednesday. The chain will continue online sales through LifeWay.com.

LifeWay’s store closures come two years after its competitor, Family Christian Resources, shut down all 240 locations in the midst of mounting debt and bankruptcy. Cokesbury Bookstores closed all 38 retail stores in 2013.

“As someone who spent 20 years working in Christian retail, I am sad that there will be 170 fewer physical stores where people can find and purchase Christian books, Bibles, and resources,” said Evangelical Christian Publishers Association (ECPA) president and CEO Stan Jantz in response to LifeWay’s news.

“Certainly in the short run, adjusting to this new reality will be a challenge … LifeWay stores have been an important channel for Christian publishers, but the life-changing content produced by ECPA members will continue to find and engage readers in ever more creative and effective ways.”

For over a decade, Christians have been asking how to save the Christian bookstore (the title of a 2008 Christianity Today cover story) as shoppers increasingly turned to the internet, megachurch bookstores, and mainstream stores for top titles.

Overall, sales at Christian retailers declined 3 percent in 2018, according to research by The Parable Group. Even though the dips aren’t as dramatic as a few years before, it doesn’t make up for year after year of losses. Nearly two-thirds of Christian retailers said the future of their industry was a top concern—second only to their own declining margins.

The ministry just opened a stylish downtown Nashville location a year and a half ago at its new corporate headquarters. In an ironic twist, LifeWay’s former location will now house incoming Amazon offices.

A few years ago, Rainer suggested LifeWay would focus on local church partnerships and shift toward becoming a community gathering place to offer an experience beyond the products themselves.

“Anybody in any church can go to Amazon and have this incredible breadth and incredible service,” he told CT in 2017. “But here’s what we’re finding: Church leaders—whether staff or lay persons—are asking questions like, ‘How do I know this resource is best?’ We have a contextualized answer because we know the church, and we know the resources.”

But the trend away from brick-and-mortar shopping only grew worse. LifeWay hadn’t had sales exceed its operating expenses in more than a decade, Baptist Press reported, and the margin between the two grew from $2.3 million in 2010 to $35.5 million in 2017.

At last year’s SBC annual meeting, LifeWay reported serving “millions of individuals and tens of thousands of churches” with its offerings.

The chain is run by the denomination, whose doctrinal guidelines set content standards (no prosperity gospel books, accounts of visiting heaven, and in recent years, titles by authors such as Jen Hatmaker, Mark Driscoll, and James MacDonald). But LifeWay draws in a broader Christian customer base, especially as its competition has shuttered over the years. Many Southern Baptists, Christian authors, and loyal shoppers offered tribute to the chain in the wake of the news.

“Given industry trends this shouldn’t be as shocking as it is, but this also means I can’t wait till the day before our new bible study starts to pick up the book anymore,” tweeted Kathryn Freeman, director at Texas Baptists’ Christian Life Commission. “The women at my local LifeWay have been a great resource over the last few years. I’m sad to lose them!”

“Since I began in the publishing industry in 2002, some 2,000 bookstores in America have closed their doors forever, including the 400 stores of the WaldenBooks chain. And now this. I’m very grateful for the ⁦@LifeWay⁩ team and will miss their stores,” tweeted author Joel Rosenberg, who has five books sold by LifeWay.

Books remain the top item purchased at Christian stores, making up over a third of sales. The big chains have taken flak for carrying so-called Jesus junk, whose sales were used to bolster more serious products.

Many of the breakout Christian titles over the past several years—books like The 5 Love Languages by Gary Chapman and Jesus Calling by Sarah Young, and releases from celebrities like Fixer Upper’s Joanna Gaines and Duck Dynasty’s Sadie Robertson—were big enough that buyers didn’t need to seek out a Christian store to find them; they were on sale at Wal-Mart Target, airports, and yes, Amazon, NBC News recently noted.

Parable Group reported that such “frontline” titles made up three times as much of the Christian products sold everywhere as they did in Christian stores in particular.

“We are saddened by this news and the impact this will have on the LifeWay staff, publishing community, and surrounding communities,” said Greg Squires, president of the Christian marketing agency. “With this loss of another Christian retail chain, the hundreds of independent Christian bookstores have an expanded role and increased responsibility to serve their communities with Christian content and product.”

More information about the store closings is available at LifeWay.com/StoreFAQs.