Is this a case of government oppression or the Chinese church coming into its own? How to understand “sinicization.”
Kerry Schottelkorb and Joann Pittman|March 20, 2019 09:55 AM 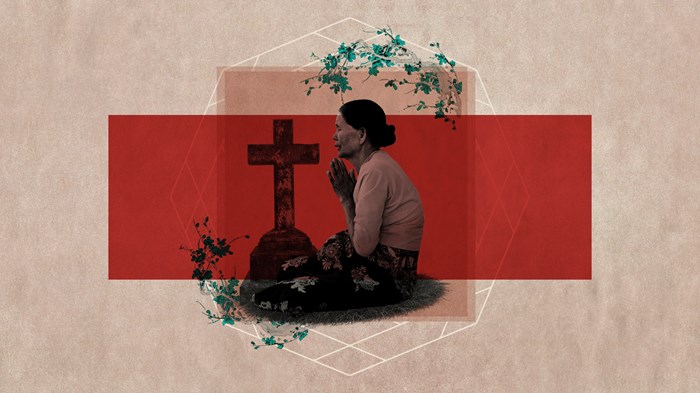 The headlines out of China last week sounded ominous. In strident language not heard in a long time, the head of China’s Protestant church gave a speech supporting the government’s policy of reducing Western influence on religion and making it “more Chinese,” a process dubbed Sinicization in English.

Is the move a step toward tighter government control, an opportunity to further indigenize and contextualize the faith, or perhaps both? As with most things in China, the answer is complicated.

This Sinicization campaign has been going on for a few years. While outsiders have observed it with growing alarm, many believers in China understand that though the government may have a political agenda, it might also provide opportunities for outreach.

The Chinese National People’s Congress, China’s legislature, convened at the beginning of the month in Beijing, and Premier Li Keqiang delivered his annual work report speech. According to the National Catholic Reporter, he reiterated the government’s commitment to “fully implement the [Communist] Party’s fundamental policy on religious affairs and uphold the sinicization of religion in China.”

The following week, Xu Xiaohong, chairman of the National Committee of the Three-Self Patriotic Movement, which oversees Protestant Christianity in China, spoke on his support for the policy and vowed to press on with its own five-year Sinicization plan. Xu claimed that anti-China forces were using Christianity to subvert state power.

“[We] must recognize that Chinese churches are surnamed ‘China’, not ‘the West,’” he told delegates to the Chinese People’s Political Consultative Conference. “The actions by anti-China forces that attempt to affect our social stability or even subvert the regime of our country are doomed to fail.”

With the conclusion of the government meetings in Beijing, it’s a good time to take a closer look at this issue of Sinicization and the surrounding context, or in this case, contexts: political, rhetorical, and historical.

The current campaign to Sinicize religion originated in a speech by Chinese leader Xi Jinping at the National Religious Work Conference in April 2016. According to The Diplomat, Xi stated that in order to “actively guide the adaptation of religions to socialist society, an important task is supporting China’s religions’ persistence in the direction of sinicization.”

This task is part of a broader Communist Party campaign to reassert control over all aspects of Chinese society. One area of particular concern for the party-state has been what it sees as the growing influence of Western culture and ideas. Since Xi came to power in 2012, similar crackdowns have been directed against other sectors, such as media and education.

While religious activities are seen as a normal part of civil society in the West, they are increasingly viewed in China as a threat to national stability, particularly if there is any foreign involvement. The push to Sinicize religion is not confined to Protestant Christianity. All five government-sanctioned religious bodies—Buddhism, Daoism, Islam, Catholicism, and Protestantism—have been required to work out Sinicization plans.

Last April, the China Christian Council and Three-Self Patriotic Movement, the associations that oversee Protestant Christianity in China, released a document titled, “Outline of the Five-Year Working Plan for Promoting the Sinicization of Christianity in our Country (2018–2022).”

The stated aim of the document is to “deepen the establishment of theological thought in the new era, promote the harmonious and healthy development of the church, exert a positive role for Christianity and practice core values of socialism. Further, to continuously improve the width and depth of adaptation to the socialist society,” according to a helpful translation from UCA News. The release of this plan, it states, is “an important basis for advancing the work on the sinicization of Christianity in the next five years.”

Political scientist Carsten Vala, in The Politics of Protestant Churches and the Party-State in China, writes about the importance of what he calls the public transcript—public displays of conformity to the official agenda. Once an official agenda has been announced (in this case, Sinicization), all sectors within society must publicly display that they are “following the line,” and their public transcripts must conform. This is helpful for us to understand the rhetorical context for the documents and remarks coming from Chinese Protestants.

Those who have lived in China for a time already recognize this. Within days of the party-state laying out its vision, the language from the directive makes its way into public discourse and is eventually adopted by all segments of society. When former President Hu Jintao announced the goal of building a harmonious society, everyone rushed to issue plans on how they were going to achieve it; so much so that it didn’t take long for people to tire of hearing the word harmony.

Even the rhetoric around religion is not all that new. In 2001, President Jiang Zemin spoke about the need to adapt religion to a socialist society. “This requires that religious professionals engage in religious practices in accordance with and in service to the highest interests of the state and the overall interests of the nation,” he said, “that they interpret religious doctrines for social development.”

In China, there is often a gap between rhetoric and reality, something its citizens are also keenly aware of. As Westerners, we tend to take official pronouncements at face value, assuming that implementation will immediately follow. Those engaged in “China-watching” need to pay more attention to what actually happens more than what is said.

Still, the trends are worrying, and there’s evidence that some local officials are translating the rhetoric into reality. This accounts for recent reports of directives to remove crosses from churches, hang pictures of Xi Jinping and Mao Zedong in sanctuaries, and replace posters of the Ten Commandments with lists of socialist values. Some instances may be the result of a local official trying to make a name for himself, but these moves could also represent the central government’s efforts to “test” measures before implementing them more widely.

The Sinicization of religion is not merely a Communist goal; the desire to free religious practice from foreign influence has been a theme in Chinese society since its earliest encounters with the West. Throughout its history, every Christian or religious advance into China was supported, tolerated, or prohibited depending on how it aligned with imperial objectives. Religions that did not fit were proscribed and persecuted.

From the beginning, Chinese intellectuals worried about preserving indigenous religions (Taoism and Confucianism). The 1920s brought an anti-Christian movement that coincided with the peak of Protestant missions. There were also officially tolerated initiatives directed at foreign religions, such as the Boxer Rebellion in 1900. Following the Communist victory and the establishment of the People’s Republic of China in 1949, foreign Christians were expelled and Chinese churches were brought under party control through the Three-Self Patriotic Movement Committee. The name of this committee itself reflects a Sinicization attempt: Churches in the new China were to rid themselves of foreign influence and be self-funding, self-propagating, and self-governing. Registered churches are still today referred to as “Three-Self” churches.

Since then, grassroots efforts have emerged to develop and promote Chinese theology—an indigenization effort that most in the West would see as necessary. But, according to Mary Ma, a mainland Chinese scholar and author of the book Surviving the State, Remaking the Church: A Sociological Portrait of Christians in Mainland China, “in the political realm, whenever the regime decides to tight up authoritarian control, it resorts to the need for sinicization, and in the cultural realm, anti-foreign sentiments fluctuate with popular suspicion against the invasion of western ideologies.”

In other words, conforming religion to party values (socialism) has never not been a goal. Enforcement and implementation wax and wane depending on the needs of the party-state. The needs are higher now, so it has been trotted back out.

In some ways, the talk about conforming to Chinese cultural values might be seen as a positive. We might even attach the labels of indigenization or contextualization, which are highly valued in Western missiology. But we also see the need for the issue to be debated and formed within the church, and there is evidence of that happening. What makes this different, and so off-putting, at least to Westerners who start with the assumption of the separation of church and state, is that it is being led by an atheistic party-state that starts with the assumption that it has the right to control every aspect of society and culture, including religion.

A variety of responses have emerged among registered and unregistered churches in China. In many ways, the Sinicization of religion campaign has little impact on the unregistered house churches, since they are not under government supervision (from the government’s perspective, that’s the crux of the problem). In the wake of the harassment and persecution faced by high-profile house churches and leaders, some have chosen to speak out. A September 2018 letter to the government has now been signed by over 400 pastors from over 20 provinces across China. Other Christians disagree with this pushback and instead find creative ways to continue to worship and practice their faith despite increasing government pressure.

Pastors in registered churches are more directly affected, as they are required to spend inordinate amounts of time attending meetings and interfacing with local government and party officials. But there’s a disconnect between how the government views Sinicization and how the pastors view it. The government aim is control and alignment with socialism, while pastors see it as a positive opportunity for the church.

“To them, it means putting a Chinese face on Christianity. It means much the same as contextualization, something missionaries have advocated for a long time,” said Wayne Ten Harmsel, a former Calvin College professor who spent 12 years in China and interviewed pastors for a book about registered churches. “It has to do with such basics as singing indigenous songs, using Chinese examples and stories as sermon illustrations, tailoring the church’s teaching and preaching to address the problems and culture of contemporary society.”

Because of the government’s efforts at controlling religion, the church in China has faced decades of opposition and restrictions; yet it has grown and flourished in creative ways. Things have begun to change, though, and opposition and restrictions are increasingly ideological and focused on the realm of beliefs and values. At the same time, due to technological advances (big data, artificial intelligence, facial recognition), the power and opportunity of the party-state to control religious activities down to the individual level have vastly increased.

The coming years will be an important time to see how these stated policies will be implemented and to stand in prayer with our brothers and sisters in China as they write a new chapter of Chinese church history. We see the need for believers to pray:

For those of us in the West who are alarmed about recent developments in China, a reminder from a Christian brother is in order: “Some people view this time to be a winter for Chinese Christians. In fact, it has been winter since Pentecost, but we are always looking forward to spring.”

Kerry Schottelkorb is the president of ChinaSource. Joann Pittman is senior vice president. The ministry’s ZGBriefs newsletter offers updates on the church in China.