High-tech con used trusted pastors in Samoa and New Zealand to trick hundreds of congregants into investments that have gone nowhere. 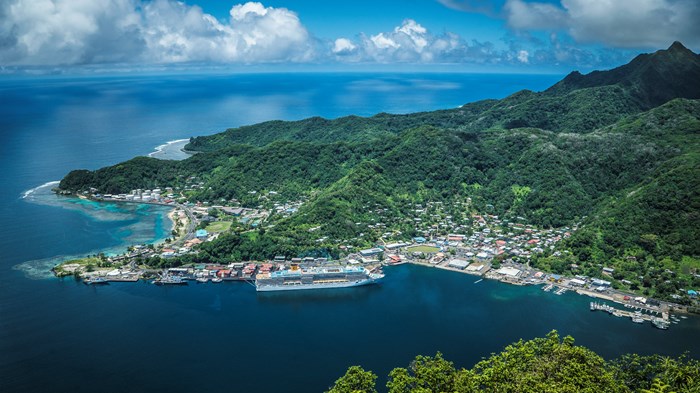 Two churches in the South Pacific are at the center of a fight between governments around the world and a beleaguered cryptocurrency called OneCoin, now accused of scamming its way to billions in revenue.

With its founders facing charges of fraud and money laundering, the crypto con went looking for a way into the tiny island nation of Samoa. It found one in Christian congregations where pastors could preach the wonders of a newfangled get-rich-quick plan.

“In these communities there is an enhanced sense of family and community bonds and with that comes a very strong sense of trust,” Auckland, New Zealand-based lawyer Campbell Pentney told Samoa News. “And of course, trust can be exploited by these scams.”

Though some investors from the Samoa Worship Centre Christian Church and an Auckland branch of the Samoan Independent Seventh Day Adventist Church (SISDAC) hold out hope to see their money again, the sense of exploitation is growing as hundreds of poor Christians who jumped at an opportunity endorsed by trusted leaders now call the scheme “risky” and “unprofessional.”

And for a scam that aimed to haul massive profits from behind a pulpit, believers looking for a miracle may have seemed the perfect target.

“The target of OneCoin is through the churches,” the Central Bank of Samoa (CBS) said in a statement last month. Though some church leaders claim they were victims, the bank concluded they knowingly engaged in fraud and that their accounts were used as part of a OneCoin money-laundering scheme involving more than $2 million.

An ‘old-school pyramid scheme on a new-school platform’

Cryptocurrencies like Bitcoin and Ethereum are the earliest iterations of a new kind of money and payment system. Fast, low-cost, and unhackable, the technology is the private sector’s answer to millennia of government-controlled currencies. Transactions are digital and are usually recorded using a technology called “blockchain,” a public record that decentralizes the regulation and movement of assets and promises security through total transparency and immutability.

Born out of the 2008 financial crisis, the cryptocurrency boom inspired many to create their own coins—with plenty of busts among them. (Conservatively, between 50 and 80 percent of cryptocurrencies that came out of the craze were outright scams, bad ideas, or good ideas that failed, according to Moy.)

OneCoin is among more than 1,600 cryptocurrencies created so far. But compared to more mainstream virtual token programs, OneCoin (also called OneLife) boomed quickly and was noted for having a particularly nebulous model.

Created in 2014 by convicted scammers Ruja Ignatova and Sebastian Greenwood, OneCoin took in $3.8 billion within two years, according to prosecutors. But there was a catch. Tech experts were calling it both a Ponzi and a pyramid scheme.

It had long been known that the revolutionary technology could also be used as a cover-up for crime, and OneCoin was accused of encouraging investment without offering a way to transfer, sell, or exchange funds, or a public blockchain by which it could be monitored.

“The pitch of the scam was, ‘We developed this coin; it’s going to be worth a ton of money; please invest,’” said Moy, the former Mint director.

While those behind the scheme were reaping rewards, experts say the cryptocurrency itself was worth nothing and couldn't be used to buy anything.

“Cryptocurrencies themselves, in general, are not a bad thing,” Moy said. “But if you’re creating it out of thin air and there’s nothing to it and it’s the front for a scam, it just makes it a much more efficient scam. And because the volume of dollars is so much greater for electronic and digital transactions, crooks go where the money is.”

As early as 2015, financial authorities in Bulgaria, where OneCoin was born, warned of risks associated with the cryptocurrency. By the end of 2017, numerous countries had banned it, India had arrested 18 in connection to a OneCoin recruitment event, and Ignatova was charged with duping investors (Ignatova hasn’t been seen since 2017). Greenwood was arrested in 2018, and Ignatova’s brother Konstantin, who took over the company, was arrested in Los Angeles in March on charges of conspiracy to commit wire fraud.

“These defendants created a multibillion-dollar ‘cryptocurrency’ company based completely on lies and deceit,” Manhattan US attorney Geoffrey Berman said in a statement after Konstantin’s arrest. “They promised big returns and minimal risk, but, as alleged, this business was a pyramid scheme based on smoke and mirrors more than zeroes and ones.”

Despite its disturbing run and present dive toward defunct status, OneCoin is still active. And it’s still claiming victims. Samoa—a country of less than 200,000, nearly all of whom identify as Christian or Mormon—banned OneCoin last year, but it didn’t stop the scammers.

The cryptocurrency, which also targeted a church in Uganda last October, came to Samoa through two churches in particular, with branches spanning Samoa, New Zealand, and Australia: Samoa Worship Centre, located in the capital of Apia, and SISDAC’s Auckland campus in New Zealand. (SISDAC is not associated with the global Seventh-day Adventist Church.)

The accusation is that OneCoin teamed up with local pastors to market their ploy. The Samoan bank, CBS, stated, “Public education on the issue would be futile because the church ministers are the promoters, and they are held out to be trustworthy.”

The churches have pushed back, saying they did nothing wrong. While it’s clear their platforms were used to bolster the scheme among Samoan and Kiwi communities, the question is whether church authorities were victims of the scam or complicit in it.

“SISDAC has never knowingly participated or colluded in any way shape or form with any individual or organization in this type of illegal activity,” according to a statement released May 2 from the denomination and shared by its New Zealand division. “SISDAC is seeking legal counsel over these matters that threaten the integrity and good standing of the church, its leadership, its missional work and the well-being of its loyal membership.”

OneCoin operators made a successful bid to the Samoa Worship Centre to pitch their fraud to church members, according to New Zealand’s Radio NZ, but church representatives say they stopped facilitating OneCoin presentations once the national ban was enacted in May 2018.

The bank concluded that the churches’ accounts were used to filter as much as $2 million in fraudulent transactions through New Zealand’s financial system in an effort to get around Samoa’s ban. Both churches have denied any wrongdoing.

Gilbert Wongsin, the acting-governor of the CBS, says hundreds of Samoans have invested in the scheme and many Samoans have shared their investment stories.

“A lot of people in Samoa invested in it, not just the church members,” a local who sunk more than $700 told Cointelegraph. “Everybody in the public.”

‘We don’t believe anything anymore’

SISDAC’s global executive secretary, Iafeta Masipau, told the Samoa Observer that the case did not go beyond the specific Auckland church in question.

Josh Seiuli, a pastor at Samoa Worship Centre, acknowledged that approximately 500 church members had poured money into the cryptocurrency, but said most (including himself) had broken no laws because they invested before the national ban came into effect.

“We never done any transfer or any transfer action using Worship Centre accounts,” said Seiuli, according to Bitcoinist, though he said he helped congregants who wanted to invest.

Seiuli said church leaders and lawyers are weighing possible legal action against Samoan authorities for defamation. The church, which gathers hundreds of worshipers each week and draws over 6,700 fans on Facebook, lists integrity as one of its core principles: “We are committed to a life of integrity through personal and organisational accountability in lifestyle, relationships, finance, ministry management, and responsible evangelism.”

Further questions were directed to the church’s IT engineer, Fono Toluono, who admitted involvement with OneCoin but rejected the idea that it’s a scam.

“OneCoin representatives had approached the church and pitched their product to the congregation, which resulted in several people, including ministers making investments,” reported DevDiscourse after speaking with the church engineer. “[The engineer] said he was happy investing about $1,100 into the scheme.”

Numerous local Samoans have spoken out about their own investments and their rising skepticism.

“Let’s not look for something that we are not sure of,” Manuao Mauga told the Samoa Observer. “But let's just give our faith to God to provide us with that and not those foreign investors, whom we’re not sure if we will get any returns from our investment.”

Tina Laula, who invested $500, told the Samoa Observer she was supposed to receive her return in November but still hasn’t seen it.

“I am disappointed,” she said. “But I will have faith again and see what happens… It’s kind of a 50-50 chance of supporting and not supporting the OneCoin scheme.”

“It makes you happy and believe that this is a future for the family,” a woman whose husband had invested nearly $12,000 told Radio NZ. “We don’t believe anything anymore.”