In the ministry’s first major innovation in seven decades, the children now do the choosing.
Jeremy Weber|September 20, 2019 09:39 AM 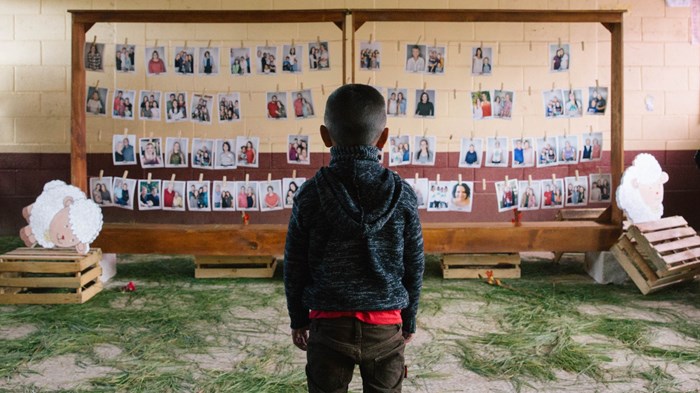 Almost 1,000 children in rural Guatemala gained sponsors this month from a megachurch in southern Indiana.

But in this case, it was the indigenous children in need who pondered photos of smiling faces and chose one they felt a connection with. And it was the adult donors in the United States who nervously waited, wondering who would pick them.

The role reversal, which World Vision is calling “Chosen,” is the first significant change to the Christian humanitarian organization’s bread-and-butter method of engaging Christians with the world’s needs and equipping children to live healthier and safer lives.

As World Vision explains its “simple yet powerful switch” to child sponsorship:

Chosen starts with people here in the US signing up to be chosen and getting their picture taken. That photo is sent to a community where World Vision works, to be displayed with the pictures of other potential sponsors. The community gathers for a celebration where the kids choose their sponsors. Soon thereafter, sponsors will receive a picture of the child holding their photo and a note letting them know about the child and what made the child choose them.

The goal is to empower children, letting them make the first of many choices during their sponsorship. “We are simply expressing what we believe in a new and fresh way,” Edgar Sandoval, president of World Vision US, told CT. “We are working to empower them to be agents of change.”

For a future report, CT witnessed a choosing ceremony in Chiantla, an ethnic minority community more than 10,000 feet up in the mountains en route to neighboring Mexico, where 819 children picked from photos of sponsors at Northside Christian Church in New Albany, Indiana.

The following Sunday, members of the megachurch near Louisville, Kentucky, discovered which Guatemalan child has chosen them via a photo and handwritten letter. Another 150 people then signed up, bringing the total number of children sponsored this month to 970.

The tally is a marked increase in participation compared to the standard pitches for sponsors that World Vision has long made at churches, concerts, and other venues. Sandoval said through the new Chosen intake method, participants have experienced “a new level of joy” and “a sense of a closer mutual partnership from the beginning.”

At another trial run in February, more than 430 children in Mwala, Kenya, chose sponsors from a downtown Chicago church. “Our congregation has been transformed by the process of being chosen,” stated Jeanne Stevens, pastor of Soul City Church in Chicago’s West Loop neighborhood, in a World Vision release.

Child sponsorship is one of the most popular methods of charity. A 2017 study by Grey Matter Research found that almost 9 out of 10 Americans were familiar with the model, while 1 in 4 donors had sponsored a child and another 1 in 4 has considered doing so.

Today the Evangelical Council for Financial Accountability lists more than 200 members under its child sponsorship category (though less than 10 percent say it is their primary type of ministry). Leaders in the field include World Vision, which sponsors about 3.5 million kids, and Compassion International, which sponsors about 2 million.

In 2012, economist Bruce Wydick ranked child sponsorship No. 4 among 10 popular strategies for helping the poor, in terms of cost effectiveness. The next year, he explained in CT how research on Compassion projects showed that child sponsorship really does change the world.

In the same 2013 cover package, CT examined how former sponsored kids are paying it forward in their hometowns.