The edgy Canadian preacher was declared unfit for ministry due to credible allegations of adultery, sexting, and substance abuse spanning the past 15 years.
Bob Smietana – Religion News Service|January 3, 2020 10:09 PM 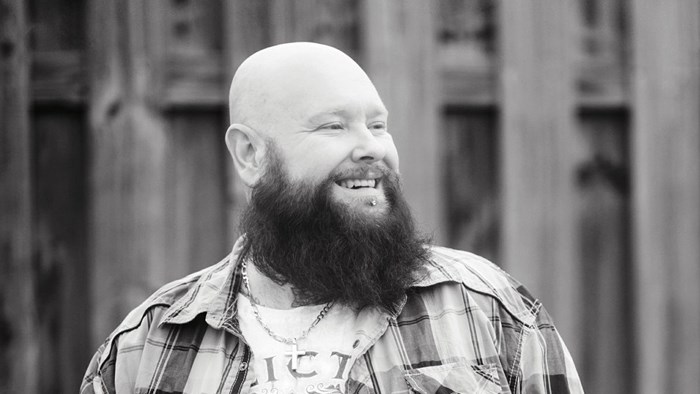 Todd Bentley, a bearded, tattooed Canadian charismatic preacher who once claimed to heal people by punching and kicking them at a Florida revival, is no longer fit for ministry, a group of Charismatic ministers announced this week.

“Based on our careful review of numerous first-hand reports, some of them dating back to 2004, we state our theological opinion and can say with one voice that, without a doubt, Todd is not qualified to serve in leadership or ministry today,” the group said in a statement posted online Thursday.

Bentley had been accused of “ungodly and immoral conduct,” including adultery, substance abuse, and sexting, according to the panel.

The group of pastors, which included James W. Goll, Jane Hamon, Bishop Harry Jackson, and Nashville minister Don Finto, also recommended that Bentley’s ordination be rescinded. Their statement was posted online by author and professor Michael Brown of the FIRE School of Ministry, who oversaw the process of evaluating concerns about Bentley’s conduct.

According to the statement, panel members reviewed what they called credible allegations against Bentley, dating back to 2004. Those allegations were reviewed by an independent investigator.

Earlier this year, a former associate of Bentley’s accused him of inappropriate conduct with interns and others under his supervision.

“In our view, this disqualifies Todd from public ministry until such time that he has demonstrated true, lasting fruits of repentance, which would include: the breaking of these long-term, sinful habits; public acknowledgment of his sin, without equivocation, including asking forgiveness of those he sinned against; and submission to local church leadership until trust had been rebuilt,” the statement read.

Bentley, who denounced the panel as unbiblical, said he has sought God’s forgiveness for any past wrongdoing. In early December, he said in a video on his Facebook page that he has left the ministry to focus on his new beard care company but this week announced on social media that he will start a new school of ministry.

Bentley did not respond to a request for comment.

The evangelist and founder of a ministry called Fresh Fire USA first gained national attention in 2007 and 2008 after holding a series of revival meetings in Lakeland, Florida, that drew huge crowds. He told crowds that God instructed him to knee a man in the gut to cure colon cancer and to hit other people so they could experience God’s power.

Among his claimed miracles was a “Grandma slapping healing,” where he said God told him to slap an elderly woman in the face. He recounted that incident in a documentary about the revivals.

Bentley ended the revivals after other charismatic and Pentecostal leaders began to question Bentley’s methods and claims about healings.

Soon afterward, Bentley and his wife separated and eventually divorced. Fresh Fire later announced that Bentley had “entered into an unhealthy relationship on an emotional level with a female member of his staff.”

Bentley later returned to ministry after being counseled by other pastors.

In the video posted in early December, Bentley admitted that he had struggled with brokenness and sexual sins and said that his wife knows about all his struggles.

“I am not here to pretend that I haven’t struggled,” he said. “I am just here to say so much of what is being (said) out there now is old, some of it six, seven, ten, fifteen years. And I am actually here to say, where’s the power of the cross for me now?”

Bentley said in the video interview that he is in counseling and is trying to “get right with God.”

He also compared himself to “Mary the prostitute” and said that God had shown him grace despite his flaws and that the same forgiveness is offered to church people who struggle. Bentley said he was willing to be a “poster boy for helping people realize you can confess your faults to one another and pray for one another and be healed.”

Bentley was interviewed for the Facebook video in early December by author and speaker Michael Fickess, who said Bentley’s accusers hadn’t followed a biblical protocol. He compared the investigation into Bentley to the hearings over Supreme Court Justice Brett Kavanaugh and the recent impeachment of President Trump.

Bentley added that the investigation was “evil.” He also said his ministry was “over.”

In a video posted on Bentley’s Facebook page Thursday, Fickess said that he rejected the panel’s methods and findings. He said that Bentley was never allowed to face his accusers.

“This is not the way God intended us to operate as the Body of Christ,” he said.

In a statement Friday, Brown, who oversaw the review of Bentley’s conduct, outlined the steps used to evaluate concerns about Bentley and said he was committed to a “fair and impartial process” for Bentley.

“I wanted everything to come to light,” Brown said.

Brown said that he met with Bentley, who initially agreed to cooperate with the inquiry. Later, Bentley’s lawyer sent a cease and desist letter to Brown, asking him to stop the investigation. Brown said he sent questions to Bentley’s lawyer but received no answer.

He said that the investigation was handled in a legal, ethical, and biblical manner. Brown dismissed the idea that the panel had been on a witch hunt, saying that instead, panel members invested hundreds of hours in their work.

Brown also said that Bentley refused to meet face to face with his accusers. And while sin should be confessed privately, he told RNS, “when a leader, over a period of many years, and repeatedly, violates biblical standards, public accountability is called for.”

“Even if Todd has been forgiven, this pattern would still disqualify him from leadership, at least for a substantial period of time, until he made things right with those he sinned against and proved himself to be above reproach,” Brown told RNS.