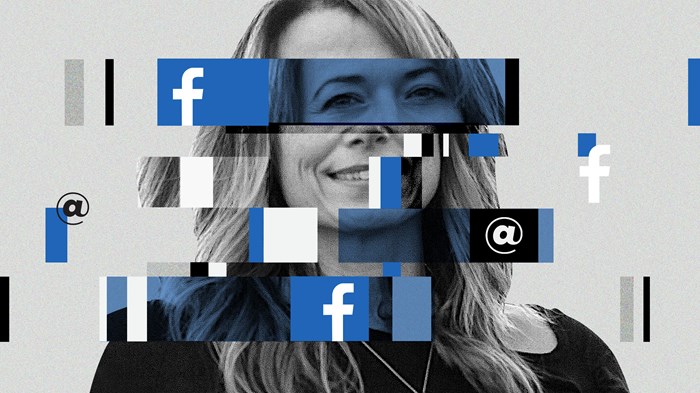 In an era when swift social media reactions and public repudiations offer an instantaneous form of rebuke and discipline, what role does the church have in holding its leaders and members accountable for online speech?

Aimee Byrd has found herself at the center of this question. The author of Why Can’t We Be Friends?, Byrd has come under fire from some within her Reformed theological tradition for her latest book, Recovering from Biblical Manhood and Womanhood.

The fight has largely played out on blogs and in private online discussions, but also has Byrd and her critics each calling for Orthodox Presbyterian Church (OPC) sessions (church elders) to take action.

Two weeks ago, screenshots from a private Facebook group called Genevan Commons were posted on an anonymous website that describes itself as an “archive of reviling, cyberbullying, harassment, sexism, and racism among church officers and laypeople.”

Byrd’s supporters have challenged the harsh comments within the Facebook group’s threads, including remarks that address her motives, appearance, and relationship with her husband. They’ve asked whether the leaders responsible will be held accountable for the remarks.

“We are greatly concerned that officers of the church, who have sworn to be accountable to ‘their brethren in the Lord’ would attempt to hide behind a group that pledges itself to secrecy, as if ‘locker room talk’ could somehow be exempted from the accountability of the church on the basis of an alleged right to privacy,” read a statement signed by several dozen OPC pastors and elders.

Byrd was well known for blogging as “The Housewife Theologian” at the Alliance of Confessing Evangelicals and for co-hosting the Mortification of Spin podcast with Carl Trueman and Todd Pruitt. The Alliance ended its years-long partnership with Byrd earlier this month after she declined to answer questions related to her latest book.

While Genevan Commons represents a small sliver of the Reformed corner of the Christian internet, believers across traditions have followed Byrd’s saga as a case of online chatter turned ugly.

In the quick back-and-forths in posts and comments, arguments over competing doctrine can easily collapse into character assassination and unbiblical speech, said Daniel Darling, author of A Way with Words: Using Our Online Conversations for Good.

“I think a lot of pastors and leaders forget that when they’re online, they’re in public,” said Darling, vice president for communication at National Religious Broadcasters.

Joe Thorn, a pastor and podcaster based in Illinois, said pastors whose discussions and ministry extend online need to become fluent in apologizing for their mistakes. He told CT he’s seen too many fellow pastors respond to online criticism by defending their own stances and growing more convinced of their own righteousness.

Thorn himself has had to apologize, publicly and privately, for things he’s said online. “My life is accountable to the elders and congregation of Redeemer Fellowship,” he said—and that includes the comments he makes on his social media accounts and as co-host of the Doctrine and Devotion podcast.

In Byrd’s case, most of her fiercest critics are OPC pastors and elders. The denomination is relatively small, with about 300 congregations across the US and Canada. As a member, Byrd pledges to submit to the governance of her congregation and “heed its discipline, even in case you should be found delinquent in doctrine or life.”

So far, her leaders have not subjected her to church discipline over her books or blog posts, which she says are in line with the confessions of her faith.

But that hasn’t stopped her critics. When members of the Genevan Commons found Byrd’s accountability lacking, they wrote blog posts with specifics about how to oppose what they described as Byrd’s feminism. Byrd told CT that her detractors called ahead to at least one of her speaking engagements to inform the retreat center of concerns over Byrd’s teachings.

Group leaders have defended their remarks and the Genevan Commons group.

“The idea that I’ve tried to create a place where we are unaccountable is foolish,” wrote Shane Anderson on The Daily Genevan in April. “In life many discussions are considered appropriately private, and yet the Christian ought to know he can be brought to account both by church discipline now and on the day of judgment before Christ. I have no problem with that, and they should stop pretending that I have some secret, hidden agenda or actions.”

The anonymous website GCScreenshots featured not only the Facebook group’s remarks against Byrd and other Reformed women, but also a list of the hundreds of Facebook users who belonged to the group, including the church affiliations of the pastors and elders who were members.

Todd Pruitt, who has publicly defended Byrd, lamented that the hundreds of users who never slandered Byrd appeared on the list of members. Both he and fellow podcast co-host Carl Trueman heard from dozens of men who belonged to the group but didn’t realize it or never commented. One pastor told Pruitt his wife’s employer was contacted over his membership in the group.

Steven Wedgeworth, a Presbyterian Church in America pastor who appeared to make crude comments in a screenshot posted by the site, alleging that the images were edited to omit context or to wrongly indicate that some of his negative comments were about Byrd.

Byrd fired back on her blog last week, disputing Wedgeworth for minimizing the group’s slanderous comments.

“I’m tired of making a case that is blatantly obvious,” wrote Byrd, referencing that multiple sources have surfaced screenshots showing similar patterns of harmful language. “Why do I have to say all this? Why am I the one defending my reputation? When will there be a conversation about qualifications for those in spiritual authority over Christ’s sheep?”

Concerned OPC elders have been working to assemble evidence of sinful speech from the group. Mark Garcia, an OPC minister and president of the Greystone Theological Institute in Coraopolis, Pennsylvania, said denominational leaders had contacted him privately for advice on the best way for a presbytery to discipline those who penned the comments in question.

When Garcia saw rude messages in the Genevan Commons group, he says, he left the group and used his personal Facebook page to repudiate the sinful things others said about Byrd. (Former members say the group still exists, but it’s smaller and more tightly moderated.).

Garcia believes it’s fair to critique Byrd’s work online, but a discussion of “the ethics of her behavior, deceit, and the like” does not “belong in those contexts, in social media, or anywhere else except for the one context where the Lord has provided for her accountability: her session,” he told CT.

Garcia is continuing to pray that God will “bring swift justice, peace, and unity to his people in the ministry of his wise Spirit.” He fears the process will be hampered by allegations of slander both on the part of Byrd’s critics and her supporters.

But there’s good reason the church doesn’t match the pace of so-called cancel culture, leaders say. Within the church, the goal of discipline is restoration and growth in godliness, as opposed to in the broader culture, where the goal is punitive silencing and ostracizing.

“The wheels of Presbyterian justice move slowly. There’s wisdom in that,” said Pruitt, who recently deleted his Twitter account out of concern he was spending too much time in fruitless debates. “Sometimes in our zeal to be vindicated we can cause collateral damage that’s ungodly.”

The opportunities to speak out and offer influence also heap additional responsibility on Christian leaders. Just look at the warning of “stricter judgment” in James 3:1, followed by the instructions around taming the tongue, said Darling.

“When you speak online, people are watching. We have to weigh our words,” he said. “We forget that bearing false witness online is an actual sin.”