Though data shows declines across the board, departing members aren’t going far.
Ryan Burge|April 7, 2021 06:00 AM 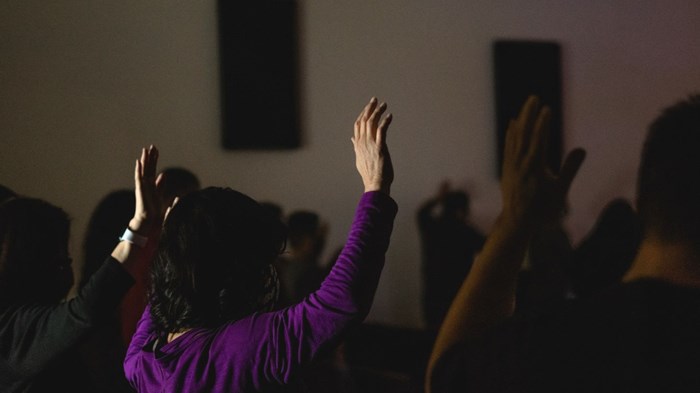 The Southern Baptist Convention has been faced with a string of prominent departures last few months.

In December, several high-profile African American pastors left after denouncing a statement released by SBC seminary presidents that declared critical race theory incompatible with the denomination’s teachings. Then last month, Beth Moore—the most prominent female voice in the Southern Baptist Convention—said she too had departed the convention and would no longer be publishing through Lifeway.

These public exits come as the Southern Baptist Convention continues to report a precipitous decline in members. In 2006, SBC records indicated a total of 16.3 million members. Data released in 2020 notes that the membership has declined to 14.5 million, with a 2 percent decline reported between 2019 and 2020 alone.

The influential members making headlines aren’t the only ones leaving and may represent broader concerns for the people in the pews of the average Southern Baptist church. Is America’s largest Protestant denomination having a harder time retaining women, people of color, and younger members than in the past?

Data from the General Social Survey, which asks respondents about the denomination that they grew up in as well as their current denominational affiliation, offers a subtle and nuanced portrait of a denomination that is struggling to retain its membership regardless of their gender, race, or age. However, several of these factors do seem to make it more likely for some to leave the SBC.

Between 1985 and 1995, women were slightly more likely to leave the Southern Baptist Convention than men. That gender gap essentially disappeared in subsequent waves of the survey, but the decline in retention among both men and women is still something to consider.

In the late 1980s, 75 percent of men and 70 percent of women who were raised Southern Baptist stayed Southern Baptist. In the most recent waves of the data, retention had declined to 57 percent for both men and women. (Thus, the overall decline for men is actually larger, by about 5 percentage points.)

The pattern for race is slightly different than for gender. In the earliest data available, there was no real gap between white and non-white Southern Baptists. But then a gap began to emerge in the late 1990s that continued for the next decade.

Consider that between 2006 and 2010, about 30 percent of non-white Southern Baptists left the convention, but in the most recent data a decade later, it’s nearly half. This is in spite of the fact that the SBC has reported the number of black churches has increased. It’s not possible to tie this rise in defection to a single source, but the changing political climate may be a culprit.

In terms of age, there used to be evidence of a retention gap in the Southern Baptist Convention, but that seems to have dissipated in more recent years.

In the mid-1980s through 2000, younger Southern Baptists were more likely to leave the convention compared to those over the age of 40. But data from 2000 and forward indicates that this age gap has disappeared. The reason for this is because defection among older Southern Baptists has accelerated more rapidly as of late, bringing this age group in line with those under the age of 40.

The question of who’s leaving the SBC also raises the issue of where they end up once they go. Studying their new religious affiliations offers an interesting window into how American Christianity has changed over the last three decades.

Note first, that overall retention among Southern Baptists has declined from 77 percent prior to 1995 to 69 percent in the most recent data. Where do these defectors go? About 11 percent of those raised Southern Baptist became a member of a non-denominational church in the 1980s and 1990s, but that has increased to nearly 19 percent in more recent years.

For Southern Baptists, there is good news and bad news from these results. It does not appear that defections from the Convention are especially predicated on gender, race, or age. Instead, the overarching indications point to a decline across all groups over the last 30 years, and there doesn’t seem to be any systematic factors driving those changes—at least not that show up in the data yet.

Still, there’s not any evidence to indicate that the share of Southern Baptists who end up leaving the faith has changed at all since the mid-1980s. Instead, many are switching their affiliation. So it’s not evangelicalism that’s declined, it’s denominational evangelicalism, which may be a more difficult trend to reverse.