Q&A with SBC minister Dana Moore on the power of prayer in a state death chamber.
Interview by Daniel Silliman|August 23, 2021 06:00 AM 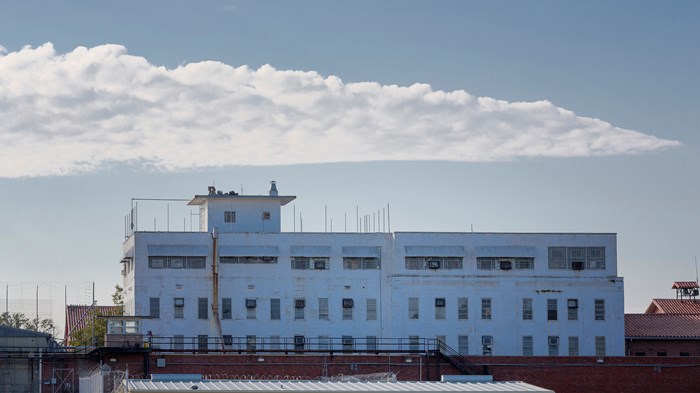 John Henry Ramirez is scheduled to die on September 8. The state of Texas will execute him by lethal injection for the 2004 murder of 45-year-old convenience store clerk Pablo Castro. Ramirez was convicted of stabbing Castro 29 times in the process of stealing $1.25 to buy drugs. Now, 17 years later, he will be put to death for his crime.

When that happens, Ramirez would like to have his pastor lay hands on him. He filed suit in federal court last week claiming he has a religious right to have Dana Moore, senior pastor of Second Baptist Church in Corpus Christi, Texas, touch him while he dies.

According to Ramirez’s lawyer, Seth Kretzer, the prison’s current policy allows doctors and guards to touch an inmate during execution, but does not allow spiritual touch. Kretzer argues that this “burdens Mr. Ramirez’s free exercise of his Christian faith at his exact time of death, when most Christians believe they will either ascend to heaven or descend to hell—in other words, when religious instruction and practice is most needed.”

CT reached out to the Southern Baptist pastor to ask about the importance of the laying on of hands, ministering on death row, and what he thinks people should know about Ramirez.

Why is touching someone or laying hands on them important to you as a Baptist pastor?

When I pray with people, I put a hand on them. When I go to the hospital, I hold the person’s hand. It’s what we do. It’s how we do things. 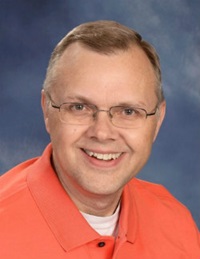 Just last week we had a fellowship, and I looked over, and one of the church ladies was praying for another one. And the one standing, she put her hands on the lady who was seated, on her shoulders, and she was praying over her.

I don’t think it’s just Baptists. At churches across denominations, we touch. And it’s not like it’s just a thing in the history books. It’s something we do every day when we pray for each other.

Is John Henry Ramirez a member of Second Baptist Church?

He came to salvation in prison. I’m thinking it was on death row, through the ministry of two ladies from our church, Jan Trujillo and Joyce Watson. Then John applied for church membership. We took his salvation and basically a letter by proxy, which usually Baptists don’t do, but in this case we did.

I think of him as one of my members who, I guess in the ultimate way, is homebound. He can’t come to church.

We talk just like any church member, except we have to talk through plexiglass and through phones. We talk about everything. We talk about Bible questions, we talk about his life, and he’ll ask me, “What’s going on in the church?” I tell him about the church, and then I want to know about how he’s doing.

What can you tell us about John? What do you want people to know about him?

John is somebody who had been transformed by Jesus Christ. That’s the most important thing.

How did your church start a ministry to death row inmates at the Texas Department of Criminal Justice Allan B. Polunsky Unit in Livingston, Texas? That’s about five hours from the Second Baptist Church in Corpus Christi.

It began with a church member named Les Archer who worked as a volunteer chaplain at the local county jail, and that’s where he met John Ramirez. John’s case proceeded to conviction and he wound up on death row, and Les Archer could not get there, he just could not take the travel, physically.

He enlisted two ladies, sisters, and Jan and Joyce began the ministry. John had the idea of broadening it, of getting more visits for guys who aren’t getting visits on death row. I think this is probably common knowledge, but they’re isolated on death row. They are all isolated all the time.

Now we probably have half a dozen people who go visit the guys, and they go once a month. It’s a ministry to death row, for our church.

It’s a great church. Over 100-year history. Ministry to all ages. We just try to carry out the Great Commission, and it’s a challenging time to do that, but that’s our goal.

It’s a church where many people from different backgrounds do attend. We have an active Kairos Prison Ministry, and we have a local ministry here called Broken Chains, of individuals looking to get off of different addictions, and frequently those people come to be part of the church.

We’ve got professionals and we’ve got individuals who are struggling, making ends meet and trying to stay clean. We try to help one another follow Jesus and lead others to follow Jesus too.

When you first met the men on death row, what was your impression of them?

John and the other guys I meet there, they’re regular guys. It’s like, wow, how different am I? John’s just a regular guy. Strengths. Weaknesses. And everything else.

He likes to talk. And I do too. It’s hard for me as a preacher sometimes to get a word in, because I’ve got to listen first. He does like to talk.

For a spiritual advisor visit, I’m allowed to speak to one inmate for one hour, and I try to do two in one day if I can. I’m talking to John every month because he has a date [for his execution], and the three other guys rotate, which they’re all supportive of, because they know John has a date.

My No. 1 goal is to be there and to listen to what John has to say to me. I don’t go with an agenda. I go there just to befriend and be a minister as much as any of the guys will allow me to. Then I see where it goes.

How long have you been ministering to John?

I can’t remember exactly when it started, but about five years.

Has meeting with these men changed what you think about the death penalty?

If there were other ministers asking about this kind of ministry, weighing whether to reach out to people in prison or death row specifically, what would you tell them?

Just pursue your call. Follow your passion—what God’s leading you to do. There are so many good ministries out there. For us, this was just something God put in front of us. We didn’t seek it out or do it as part of a plan.

When you meet John, you talk through phones through a plexiglass window?

So you’ve never touched him, right? You’ve never been able to lay hands on him while you’re praying?

How did you start to talk about the possibility of touching him during the execution?

John said, basically, “Dana, I want you to be able to touch me.”

Touch is spiritually important. There’s something there. Jesus healed by touching. Jesus gathered the children in his arms; that’s touching. James talks about anointing people with oil; that’s going to involve a touch. So I said I wanted to touch him too.

I don’t know the legal process of it, but John initiated it and I filed that affidavit in support of it, in support of the idea of touching him in the death chamber.

What have you learned about pastoral ministry from visiting these men on death row?

It’s allowed me to fulfill part of the Bible. You know in Matthew 25, Jesus says, When I was in prison, you visited me. He’s saying when you go visit that person, it’s like you visit me.

I didn’t think Jesus would look like John Ramirez, but he does. So, gosh, I got to say yes to that.