During a time of political divisions, the popular author urges fellow believers to “remember why we are here.”
Interview by Bob Smietana - Religion News Service|June 21, 2021 06:00 AM
español 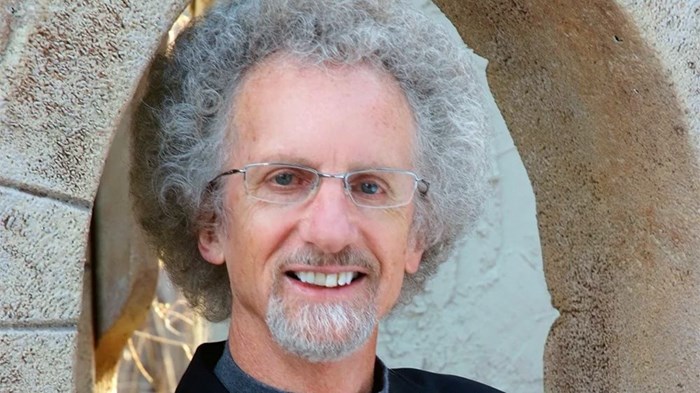 When he first moved to the Rocky Mountains in the early 1990s, bestselling author and speaker Philip Yancey set a goal of climbing all the 58 peaks in Colorado that are over 14,000 feet tall.

Now 71, Yancey has accomplished that goal. He and his wife, Janet, still enjoy hiking and mountain climbing. But their focus has changed.

“We’ve gone from trying to check off the peaks to enjoying the wildflowers along the way,” said Yancey. “Maybe that is part of the maturing process.”

Yancey is perhaps best known for his 1997 book, What’s So Amazing About Grace?, a look at Christian teachings on forgiveness and how grace plays out in people’s lives. A new video curriculum of the book has just been released, with updated stories and a series of talks from Yancey. A new memoir from Yancey, called Where the Light Fell, is due this fall.

Yancey’s books—including Where Is God When It Hurts?, The Jesus I Never Knew, Church: Why Bother?, and Finding God in Unexpected Places—have sold millions of copies since the 1970s, drawing readers to his thoughtful take on the Christian life. That take is a far cry from his youth, where he grew up in a fundamentalist, King James-only church near Atlanta that often viewed the outside world with fear.

“We all felt if there’s ever a time for the message of grace, now is the time,” he said. “It’s such a divided country, and the church has not been a helpful part of that. “

Religion News Service national writer Bob Smietana spoke to Yancey recently by Zoom. This interview has been edited for length and clarity.

What do you think people are missing about grace right now?

You know, I coined the word “ungrace” in the book. And it seems to me “ungrace” is always present, it just takes different forms. When I was growing up in a very fundamentalist, rigid, legalistic, hellfire brimstone church, the ungrace was mostly about behavior. There were all these rules—don’t go mixed swimming, don’t go bowling, don’t go dancing, don’t go to movies, you know, all that. That was a form of ungrace that I encountered in adolescence and childhood.

And then it changed. It took a political cast, where the ungrace was more directed toward how you handle people who disagree with you. Because politics is an adversary sport. And as soon as you jump in, the temptation is to play the power games.

What do you think keeps people from believing in grace and extending it to others?

I keep coming back to the word “fear.” In the evangelical movement where I grew up, it was the fear of hell, for sure. And fear of the world. And then fear of electing a Catholic president and John Kennedy and fear of the Left Behind series, fear of homosexuals, fear of secular humanism, fear of communism.

But we’re still living in that kind of fear-based environment. It seems to me that’s kind of a fatal flaw of our movement.

What surprises you these days?

I’m reminded regularly of God’s sense of humor. We had a bird feeder outside our house and an entire ecosystem developed around that bird feeder. You know, the laws of nature are pretty tough. They boil down to this: Big animals eat little animals. But in our bird feeder, there were two exceptions: a skunk and a porcupine.

When you look at these animals, I mean they’re actually beautiful, amazing works of art. But they’re just comical. And I love that aspect of God. I had never thought of God having a sense of humor, a sense of whimsy, but the animal world surely shows that.

If you could talk to evangelical leaders right now or to people in the pew, what would you tell them?

I go back to that beautiful discourse in John Chapters 13 to 17, which is Jesus’ last time with his disciples. He’s turning over the whole thing to them. And they haven’t really proven themselves. In fact, they’ve proven themselves unreliable. So, what did he do? He washed their feet. And he said to them, this is your stance in the world. You’re a servant, you’re not the leaders. Then he said, you should be known by your love. And you should be known by your unity. Those three things.

Yet so often the church seems more interested in cleaning up society, you know, returning America to its pristine 1950s. That’s the myth we have—we are making America pure again, cleaning it up.

So, why are we here? Well, we’re here to form the kind of community that makes people say, “Oh, that’s what God had in mind.” We’re here to form pioneer settlements of the kingdom of God, as N. T. Wright puts it. It’s about demonstrating to the world what the whole human experiment is about.

Let’s remember why we are here. We love people, we serve, and we show them why God’s way is better. Let’s concentrate on that rather than tearing people down or rejecting them or denigrating them in some way. We’re here to bring pleasure to God. I believe we do that by living in the way God’s son taught us to live when he was on earth.