In financial trouble, Lincoln Christian University goes back to its roots as a Bible college, dropping most undergraduate majors, athletics, and residential life.
Emily Belz|February 25, 2022 01:00 PM 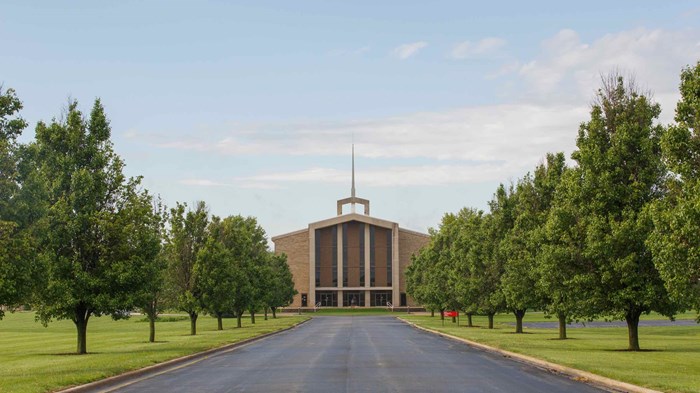 A small Christian college with sharply declining enrollment announced it had to “face the facts” this week and either change or die. Lincoln Christian University (LCU), in Lincoln, Illinois, is hoping deep cuts and a directional shift are enough to save it, but president Silas McCormick said the school had reached “the end of our runway” with its current model.

Lincoln Christian has about 500 students in undergraduate and graduate programs on a campus built for about 2,000, and it announced this week that it would be cutting most undergraduate majors, offering only Bible and Theology as well as Christian Ministry, and focusing instead on seminary education and vocational training at partner churches. The school is affiliated with the fellowship of Independent Christian Churches.

It will end most campus and residential activities and shut down athletics, but current students can finish out their degrees. It is considering what to do with its campus property.

“You have to face the hard facts,” said Tamsen Murray, the chair of Lincoln Christian’s board. “For me, this becomes a stewardship issue. … We will ask you to continue to invest kingdom dollars but in this new way that we think is sustainable.”

The school saw enrollment decline by 50 percent over the last decade and had a total net operating deficit of $3.5 million over that span. School leadership noticed that students were less interested in living on campus in downstate Illinois where the population was declining.

“There’s a lot of advantages to experiencing college in a residential setting,” McCormick told CT. “But you can’t force people to buy products that they don’t want.”

Many smaller Christian colleges and universities have seen declines in enrollment in recent years, although overall enrollment in Christian colleges showed a small uptick between 2010 and 2020, according to analysis of federal data by the Detroit Free Press. Schools historically similar to Lincoln Christian, like Grace University in Omaha, Nebraska, have closed. Small colleges without an endowment as a backstop have had trouble in a changing education environment.

COVID-19 “was the cherry on the sundae,” she said. Enrollment dropped “precipitously” from the fall to the spring semester, coinciding with the new omicron wave. “Illinois tightened things up again. … Schools in states that are less restrictive had fewer problems” with enrollment, she said.

LCU hopes its new idea works. The idea behind the institutional shift, according to McCormick, is that churches in their fellowship tend to train their own ministers. So LCU will focus recruitment not on 18-year-olds but on older adults who feel called to ministry and need additional theological education.

Leadership was trying to avoid a sudden closure like that in 2019 of Cincinnati Christian University, which was part of the same fellowship of Independent Christian Churches as Lincoln Christian. In late fall 2019, Cincinnati Christian announced that it was closing at the end of the semester. It had invested heavily in athletics as one last-ditch effort to save the school, but that seemed to worsen its financial problems.

By contrast, Lincoln Christian is cutting athletics completely and instead focusing more intensely on its original historic mission of training ministry leaders. Founded in 1944 as a Bible institute, LCU expanded to offer degrees in fields from business to philosophy. The university is a member of the Council for Christian Colleges and Universities (CCCU) and has remained in good standing with creditors and accreditation agencies.

But Lincoln Christian’s president’s memo about the changes is a frank assessment of problems at the school, from faculty morale to financial holes to windows that have needed fixing for years.

The memo even goes into detail about how a younger generation of students has been more hostile to professors over “any perspective that pushes back against their own” and adds that instead of engaging and resolving conflict, students will leave the school.

“When you factor these generational and cultural tendencies in with the fact that our residential student body has become very small, the result is what many of our students identify as one of our primary weaknesses: that they have not found the sense of community here that they—or we—expected,” he wrote. Later in the memo he says, “Collectively, the wind in our sails dissipated, and we are now a community in considerable need of hope.”

McCormick hopes a transparent approach helps build trust with staff, students, donors, and parents for this new chapter. McCormick and Murray wrote a note to alumni and donors saying that the greatest risk of this new plan failing was in the next 24 months and asking for their support.

Parents responding on the school’s Facebook page were largely on board with the changes, though sad. One parent, Jamie Glasford, mentioned that her son, a senior at Lincoln Christian, had already been through this because he was a student at Cincinnati Christian when it closed.

“I am … incredibly sad for all of the students who now must make some very difficult decisions,” Glasford wrote. “Too many of our Christian colleges are shutting their doors.”

“This is tough news to read not only as an alumni but as a pastor who is sending a student to LCU for next fall,” wrote Blake Canterbury. “To have them so excited, start to get things in place, and now find out that that degree they are going there for is being eliminated. It's sad and frustrating but mostly sad. I love LCU, the staff, and my time there. I pray for this strategy and leadership decision to be fruitful.”

Murray, the board chair, graduated from the LCU seminary in 1975. In her decades in Christian higher education, she has worked at small Bible colleges that had to close or merge with other schools.

“No one wants to see the mission abandoned,” she said. But she said the LCU board had been given information consistently that “this isn’t looking good.” It helped that the board adds two or three new people every year, she said, and this past year two accountants joined.

She said Cincinnati Christian is an “example of not facing the facts” and that its sudden closure produced “shockwaves” for the churches in their fellowship.

“I would say to another board of trustees, face the facts,” said Murray. “Don’t wait until the facts lead you to only one conclusion.”