The one-time theology student believed politics should have “heroic ambition,” and speeches should be written, on occasion, for the angels.
Daniel Silliman|November 17, 2022 01:00 PM 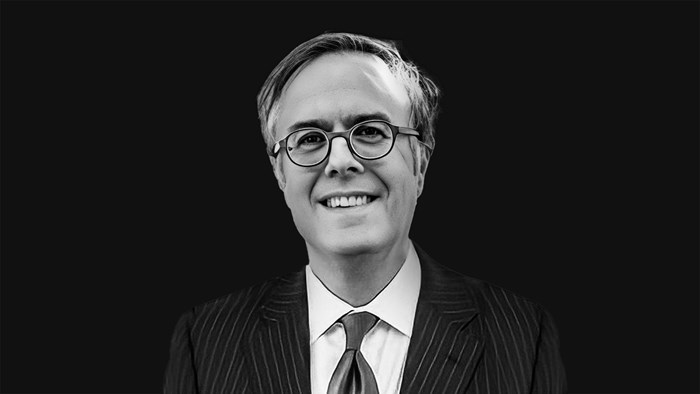 Michael Gerson, an evangelical columnist and speechwriter who believed politics could have noble and moral purpose, died on Thursday at the age of 58. He was diagnosed with kidney cancer in 2013.

Gerson crafted the language of faith-inspired politics for president George W. Bush from 1999 to 2006. He fused a theological vision of moral purpose with a practical policy agenda—and in the process produced some of the era’s most memorable phrases, including “armies of compassion” and “axis of evil.”

He gave Bush’s speeches about compassionate conservatism and moral internationalism their rhetorical framework: starting with the “inexorable” call of the historical moment, adding the demands of duty and conscience, naming the various temptations that could lead the American people astray, and ending with a clarion call to do the right but difficult thing, forging forward with “confident hope.”

Even when key lines or the bulk of a speech was written by someone else in the White House, a colleague recalled, “Mike’s conceptual architecture was always indispensable.”

In the days after the 9/11 terrorist attacks, Gerson was described as “the man whose words helped steady the nation.” A few years later, Time magazine named him one of the country’s most influential evangelicals.

He believed the work of writing speeches was a high calling.

Gerson was born into an evangelical family in New Jersey on May 15, 1964. His father was a dairy engineer who developed ice cream flavors, and his mother was an artist. They moved to St. Louis when Gerson was 10.

The young Gerson got interested in politics a few years later, during Jimmy Carter’s insurgent presidential campaign. He liked how forthright Carter was about his Christian faith and saw him as a contrast to the corruption in Richard Nixon’s White House.

Gerson went to a Christian high school and then headed to Georgetown University to study politics and foreign policy, but he decided after a year that he was on the wrong track. He transferred to Wheaton College, where he earned a B.A. in Bible and theology.

He planned to go to Fuller Theological Seminary when he graduated and pursue academic theology. But in his senior year, he got a call from Chuck Colson, Nixon’s self-proclaimed “hatchet man” who had gone through a religious experience and come out a born-again evangelical. Colson had read a column Gerson wrote on Mother Teresa and invited him to come to Washington, DC, to help him write Kingdoms in Conflict.

After a few years with Colson, Gerson decided he didn’t have to choose between faith and politics. He could take the theology he cared about so much and apply it to the public square.

“His heart was really in a spiritual kind of politics,” a colleague once told the Los Angeles Times. “He was very committed to the notion of uplifting the country.”

Gerson went to work for Republican senator Dan Coats from Indiana, a fellow Wheaton grad he called the most decent and humble man in national politics. He served as his communications director until the 1996 presidential campaign, when he left to work as a junior speechwriter for Republican candidate Bob Dole.

From both men, he said, he learned “a conservatism of the common good that argues that we need to orient our policies towards people that might not even vote for us.”

Gerson was asked to help the governor of Texas run for president in 1999. Friends and colleagues later joked that he recounted the story as if it were the calling of an apostle. “It was a pretty persuasive conversation,” Gerson recalled. He especially liked Bush’s plans for education and faith-based welfare reform.

“I think evangelicals were naturally attracted to Bush as somebody who shared many of their priorities,” he told CT. “He brought a broader agenda than the traditional conservative issues. He was capable not just of doing a traditional Republican economic agenda but also of doing the HIV/AIDS initiative.”

After the attacks of 9/11 Gerson’s main focus, like the president’s, shifted from domestic to foreign policy. He was at home writing a speech about how the government could encourage “communities of character” when he heard the first reports of the attack. On his way into the White House, he saw a plane crash into the Pentagon, killing 125.

Gerson was influential in developing the argument for the invasion of Iraq as part of the task force working on the communications strategy. When top officials wondered how to make the case for invasion, despite the lack of evidence that Iraqi was connected with the terrorists responsible for 9/11 or that Saddam Hussein had weapons of mass destruction, Gerson suggested the line “We don't want the smoking gun to be a mushroom cloud.”

Secretary of state Condoleezza Rice used it on CNN a few days later. Intelligence reports about nuclear weapons programs, along with evidence of weapons of mass destruction and secret support for al-Qaida, all ultimately proved to be false.

In his memoir, published in 2007, he wrote that he grew angry when he was forced to reckon with the fact that the assessment of Iraqi threat had been so wrong. But he couldn’t say anything in the White House because “the issue was covered in a blanket of silence.”

He remained convinced that conservatives, despite some big mistakes, should pursue bold political visions at home and abroad. They should have “heroic ambitions.”

When asked for examples, Gerson most often pointed to the president's Emergency Plan for AIDS Relief. In 2003, only about 40,000 people on the entire continent of Africa were receiving antiretroviral drugs to treat HIV/AIDS. In five years, the US government program delivered treatment to two million people.

“Memories I’ll really take away are being in Namibia,” Gerson told CT, “meeting this little 6-year-old, HIV-positive girl whose parents had named her ‘There is no good in the world,’ because they assumed she was going to die. And then seeing a perfectly healthy little girl because of the President's Emergency Plan for AIDS Relief …. That’s a vivid experience.”

After leaving the White House, Gerson took a job writing a column for TheWashington Post. He continued until the month before he died, writing his last few pieces on racism in the Republican Party, the value of public service, and the need to fight COVID-19 with global health efforts.

Gerson frequently criticized evangelicals and conservatives in his columns, writing about how appalled he was at Christian support for Donald Trump, for example, or about how the nation needed “Republican vertebrates” with a backbone for bravery.

But he also, as time went on, wrote more intimately about his life. Some of his most popular columns were about taking a child to college and his love for his dog.

Gerson also, often, returned to the theme of faith. Writing a few days before Christmas 2021 about the problem of resentment in contemporary politics, he talked about the need for faith, hope, and love in the public square. He argued that if the Christmas story is true, “it is a story that can reorient every human story.” And for those who couldn’t quite believe it, he urged them to look around: “There is an almost infinite number of ways other than angelic choirs that God announces his arrival.”

Gerson spoke openly of his illness and some struggles with mental health. In a much-noted sermon at the National Cathedral in 2019, he talked about being hospitalized for depression and how faith, along with medicine and therapy, had carried him through. He’d learned, he said, to choose hope.

“Fate may do what it wants,” he said. “But this much is settled. In our right minds, we know that love is at the heart of all things.”

Gerson is survived by his wife, Dawn, and their two sons, Michael and Nicholas.