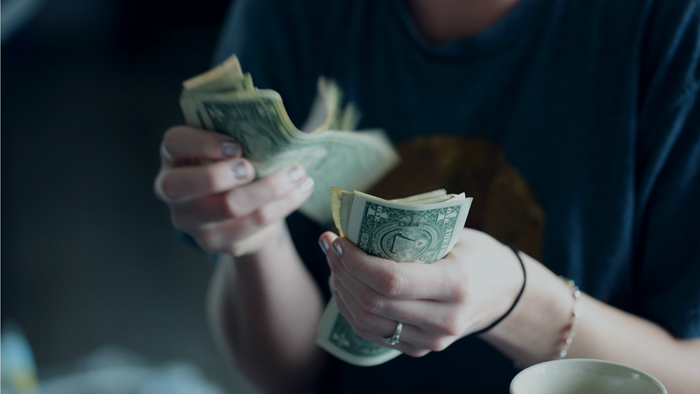 Needs rose last year. But so did giving to evangelical ministries.

The annual State of Giving report from the Evangelical Council for Financial Accountability (ECFA) found giving to ministries increased more in 2021 than it had any year out of the last 10. Inflation and the pandemic both raised real concerns for ministry leaders trying to make ends meet, but evangelicals responded to the crises with generosity.

The ECFA survey of about 1,800 members found they received more than $19 billion in donations in 2021. Adjusting for inflation, giving went up by about 3 percent. In the last 10 years, the increase has been closer to 2 percent.

“Contrary to what many expected, giving during the pandemic to ECFA members was strong,” Michael Martin, ECFA president and CEO, wrote in the report. “The findings we unveil emphasize the good work that ECFA members are doing to serve and expand their services in the face of inflation and other challenges.”

If Christians are excited and optimistic about the work of parachurch organizations, though, the numbers reveal a different story when it comes to megachurches. The ECFA surveyed 87 churches that belong to the financial accountability organization. Giving to those congregations dropped by 6.6 percent in 2021, following a decline of 1.1 percent the year before.

Jake Lapp, ECFA vice president of member accountability, attributed the decline to the COVID-19 pandemic. Some churches have reported that they are still only at 50 percent of pre-pandemic attendance.

“One of the big impacts is with churches not being able to meet or maybe meeting with limited capacity again,” Lapp said. “Congregants had been slow to return to the pews.”

The decline in giving has not hit all churches equally, the study showed. Congregations with annual budgets over $20 million saw giving decline by only about 2.5 percent. But those surveyed with budgets under $2 million saw giving drop 8 percent. The hardest hit were megachurches with between 4,000 and 8,000 people in weekly attendance.

The decline in giving is not really surprising, given the economic situation and the long stretches where many churches faced challenges with church attendance. The fact that nearly 80 percent of nonprofit ministries saw their giving increase, on the other hand, is remarkable.

“I find it to be earthshaking news,” Lapp said, “that in the midst of record inflation at the end of 2021 and economic uncertainty that donors were extremely generous.”

Some of the increased giving went directly to meet the needs caused by economic hardship. Every orphan care ministry included in the survey saw an increase in donations, as did 93 percent of homeless ministries.

Nearly eight out of 10 pregnancy resource centers saw an increase in financial support in 2021, as many evangelicals anticipated the Supreme Court’s overturning of Roe v. Wade. Donations to anti-human-trafficking ministries increased by 29 percent. Giving to K–12 education went up by 18 percent. Giving to church planting went up by 12 percent.

Individual giving to US charities overall increased by only 0.2 percent, according to data from Giving USA.

The State of Giving report, which is based on members’ financial information from the 2021 fiscal year, looks at cash giving, which includes cryptocurrency and stock options. It does not include nonfinancial gifts like donated services or other forms of income like tuition or program fees.

The number of ministries that reported being forced to dip into their cash reserves increased in 2021. The first year of the pandemic, only one out of every four ECFA ministries surveyed said they had to pull from their savings. Last year, one out of every three had to pull from reserves. Very few, however, said they had completely depleted their savings.

Overall trends, however, are looking good for evangelical nonprofits.

“Historically, cash giving to ECFA members has outpaced giving to all charities three of the last five years,” Lapp said.

The trend looks like it will continue when the 2022 data is crunched. Nearly half of ECFA members say year-to-date donations are currently higher than this time last year.

The annual inflation rate is currently at about 8 percent, according to the most recent US Labor Department data. Among ECFA members, the median salary increase planned for 2023 is 5 percent.