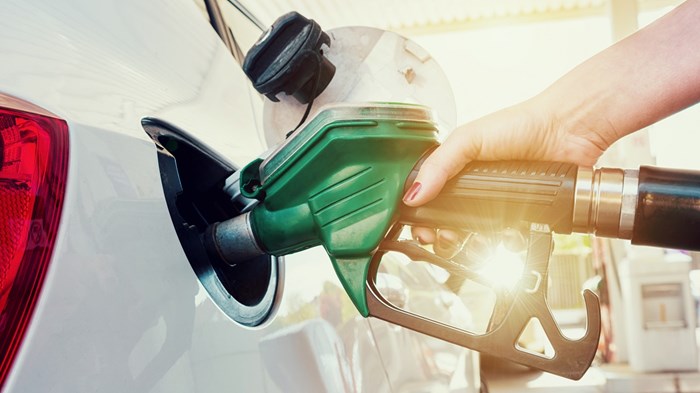 Some years ago I heard a story about a 12-year-old boy who could not talk. After being served oatmeal several breakfasts in a row, however, he finally blurted out, "Yuck, I hate oatmeal." The mother was overwhelmed. She ran across the room and threw her arms around his neck.

"For 12 long years your father and I were convinced you couldn't talk!" she cried. "Why have you never spoken to us?" Bluntly he explained, "Up till now, everything's been okay."

That story always strikes me funny—until it's applied to the local church. All at once it becomes painfully descriptive.

For some strange reason, people tend to be silent about positive changes in the church until something goes against their grain. In many cases the result is that the pastor becomes tentative, uncertain, and feels overworked and underappreciated.

All of us know pastors who are extremely effective, and yet in private conversation they admit feeling like failures. Recently I was chatting with a minister friend about this, and he observed, "It's because we're victims of a system that is too high in expectations and too low in rewards."

People assume the pastor's self-image is indestructible. They expect energy and ideas, but ignore affirmation, the emotional fuel that keeps us going. Even pastors need to be told, directly, when we do something right. (Those accidents do happen!) We need to know our ministries are valued and our efforts make a difference.

This is not to suggest that people in the pews are cold or callous. No, unaware would be a better word.

Seven years ago following graduation from seminary, I accepted the call to become pastor of a small, suburban church, where I still serve. Upon arrival I immediately, and somewhat naively, began to implement what I perceived to be necessary changes. I altered the worship format and adopted new ministries—all in a spirit of optimism.

The problem, however, was that although many people enjoyed the new approaches, they never verbally communicated that to me. Instead, what did happen was that at my third elders' meeting, a board member angrily confronted me: "Who authorized you to move the church master calendar?"

I had moved what I considered the entryway eyesore three feet. Granted, I did place it on the other side of the wall!

I am not trying to defend my action. The point is that one man's spoken criticism shattered my confidence, despite the fact that others silently supported the change.

Time and conscious effort have taught us as a congregation how to communicate more clearly and openly. This has helped tremendously. Now I am not nearly as prone to focus on my shortcomings but rather recognize that my perspective must include both hits and misses.

Two major areas of congregational conflict have caused me the most pain—and consequently the most growth. After interacting with other pastors, I suspect my experiences are not unique.

The Myth of the Omnicompetent Pastor

For quite some time I have had the following clipping in a prominent place on my office bulletin board. I would gladly give its author credit, but to my knowledge he or she has chosen to remain anonymous.

What Is a Perfect Pastor?

He is twenty-six years old and has been preaching for thirty years. He is tall, short, thin, heavyset, handsome; he has one brown eye and one blue; hair parted in the middle, left side dark and straight and the right side brown and wavy. He has a burning desire to work with teenagers and spends all of his time with older folks. He smiles all the time with a straight face because he has a sense of humor that keeps him seriously at his work. He makes fifteen calls a day on church members, spends all his time evangelizing the unchurched, and is never out of the office.

No such creature—let alone preacher—exists. Joe Aldrich, president of Multnomah School of the Bible, is fond of reminding church members and pastors alike, "There is no such thing as clergy and laity—just clayity." He is right.

C. Peter Wagner, in his book Your Spiritual Gifts Can Help Your Church Grow states, "There is an outmoded view of the pastor's role which, although diminishing, strongly persists in some circles today. It is the view that the pastor is hired by the congregation to do all the work of the church."

A little later he adds, "This 'omnicompetent' pastor is the person that hundreds of pulpit committees are searching for. Of course, they will never find him."

Failure to recognize the limitations of any single individual can generate sizable amounts of guilt and grief. Pastors feel guilty over their inability to be spiritual superheroes, and the people are grief-stricken to discover that their heroes have feet of clay.

This problem plagued me off and on throughout the years of my ministry. I felt a persistent internal as well as external pressure to perform beyond my abilities and gifts.

It was hard, but finally I brought the issue before our board: "I can't do everything people seem to expect. I am a limited human resource. I need your encouragement, counsel, and help—and everyone else's, for that matter—if this ministry is going to function as it should."

That frank admission prompted several months of positive, productive dialogue with the board. We discussed my role, but also the unique strengths and weaknesses of each board member. We sought specific ways to nurture one another's personal growth. Each elder ended up with a terse, well-written job description that was the product of group process, and hence, we all sensed we were part of the ministry.

This experience provided me with those much-needed words of affirmation. I learned that, in reality, no one on the board expected me to be a spiritual giant. They affirmed my gifts of preaching and teaching and helped me discover other personal strengths I was totally unaware of.

I must add, however, that in order to find this affirmation, I had to initiate the process. I had to stop trying to guess what they expected of me and start asking. For those of us in an occupation famous for its "silent sufferers," this is not easy.

The second area of congregational conflict reminds me of a movie I saw as a young boy: The Invisible Man. I do not recall much of the story line, but one thing stuck in my memory. Here was a man who could do whatever he wanted without fear of discovery. The only way he could be followed was when he walked in freshly fallen snow. Even then, all that remained were his footprints.

What an apt description of pastoral ministry! Whether we admit it or not, most church members are oblivious to our daily regimen. All of us have heard the not always so tongue-in-cheek expression "It must be nice working only one day a week."

Let's face it. Most of what we do during the week is behind the scenes, away from the public eye.

When my wife and I began our ministry seven years ago, about 60 people attended. Now over 200 come on a consistent basis. We have no additional staff except a part-time secretary. Although our church is blessed with a competent elder board, the burdens of administration, counseling, sermon preparation, and planning continue to increase.

A few months ago, the "old faithful," who had been with us from the start, began to say, "We don't get to see Pastor Gary and Mary as often as we used to." They were not complaining. They just found it difficult to accept my growing unavailability.

Fortunately, the board members understood what was happening and supported my move from a "shepherd" to a "rancher" style of ministry. They recognized that I needed to delegate some responsibilities.

It was at that point, however, that we entered full-scale conflict. Trying to consolidate our people resources, we implemented a major change: launching biweekly home Bible study groups, and eliminating our poorly attended midweek prayer service. We also tried to cut back our sparsely attended Sunday night service to once a month. Our goal was to do fewer things but to do them well.

Several formerly staunch supporters began raising questions like, "Why can't Gary preach two good sermons every Sunday?" and "How can anyone spend fifteen hours preparing for a single sermon?" and "Why can't he just get up and talk?"

Since I was hearing the criticisms of these few people via the grapevine, I found it easy to feel unloved and unappreciated. Once again l felt victimized by that system of unrealistically high expectations and low rewards.

But a wonderful thing began to happen. Without solicitation, people began to call my wife and me: "Are you free for dinner?" "Would you enjoy an evening out?" Kind cards expressing warmth and appreciation began to arrive in the mail. People communicated their concern for us in countless other ways. The board became increasingly vocal in its public support of my ministry. Somewhat to my surprise, I discovered that the majority of the church agreed with the changes we were making and understood our rationale. They recognized that my "invisibility" did not mean inactivity.

In retrospect, I can only say that the task of ministry is made much easier when pastor and people work together as a team, when we recognize that church life is bound to be a mixture of blessing and adversity.

But let's never forget that pastors are people, too. And as such we need to be reminded, verbally, of the blessings as well as the adversities.

Red-Faced Pastor in a Blue State
Amid political tensions, when is a pastor to speak out and when to refrain?
Gordon MacDonald
Trending