Despite our good intentions, these misconceptions can turn a bad situation worse.
Bruce Ashford, J. D. Greear, and Brad Hambrick 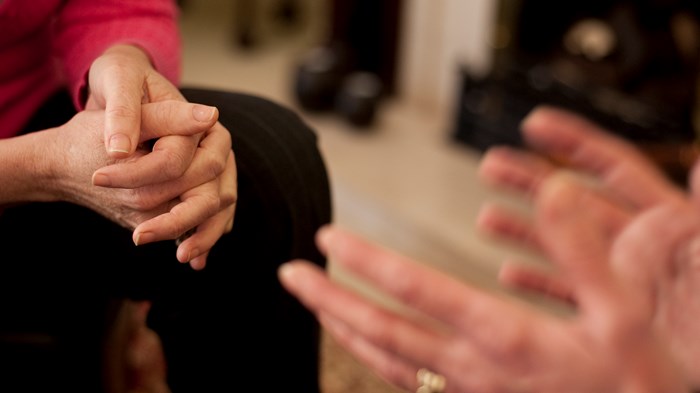 Ashley was scared. Things had been bad for a while. She hadn’t felt safe at home for some time, but now her kids were getting old enough to understand what was happening. She didn’t feel safe confiding in friends. Her world was small because it was easier to keep things hidden with fewer eyes aware of her home life.

She went to the one place she felt safe, her church, to speak with her pastor. Still, she wasn’t sure if she was doing the right thing. She trusted her church and appreciated her pastor, but she had always managed the situation by keeping information hidden. Talking to anyone went against her every instinct. But she couldn’t stay silent any more.

Ashley told her pastor about three episodes in the last year that left her bruised when her husband “lost his cool.” She talked about how her husband insisted on knowing exactly where she was at all times, who she talked to, and what she said. Simple conversations became combustible quickly if she didn’t give the “right answer.” While sharing these things, she spoke softly and apologized frequently.

As Ashley finished her story and the pastor felt his turn to speak approaching, he felt uncomfortable for several reasons. Even though Ashley had not asked him to do anything yet, he was unsure how best to counsel her. He felt the highest sense of duty to protect Ashley, but his thoughts were complicated by several internal tensions.

This hypothetical story, based on numerous encounters we’ve experienced with victims of domestic abuse, represents a challenge many pastors will face at some point in their ministry. Indeed, recent national events have revealed the widespread prevalence of physical and sexual assault in the workplace and at home.

Pastors who wish to support, protect, and counsel survivors of abuse are often left wondering how best to minister to them. They know abuse is a multi-faceted evil. They want to provide the best counsel possible. But several misconceptions around the issue can cloud the thoughts and guide the actions of well-intentioned church leaders.

Myth 1: By advocating separation, I am undermining the institution of marriage.

For pastors, saying “make sure you’re safe” may feel uncomfortably close to counseling “leave your marriage for good.” Pursuing safety and honoring the covenant might seem like either-or concepts instead of both-and realities. In fact, victims of abuse have been living in this tension for years.

Any steps taken to protect victims of domestic abuse are steps towards fulfilling God’s will for marriage.

God hates divorce because he loves marriage. But that is also why he hates abuse. Paul says marriage should reflect the order and commitment within the Godhead, and thus should depict Christ’s sacrificial love for the church. Abuse is in diametric opposition to God’s design for marriage. Any steps taken to protect victims of domestic abuse, therefore, are steps towards fulfilling God’s will for marriage. By intervening on behalf of those afflicted by slander (abusive speech) or violence (abusive actions), we serve as God’s arm for executing justice for the needy (Ps. 140:11–12).

When people try to control outcomes rather than responding wisely to present situations, this can lead to unhealthy and harmful dynamics. Victims hide their abuse for years because they want to prevent their spouses from getting upset. And sometimes pastors hesitate to advise a separation because they want to prevent separation from becoming divorce. When we don’t do what we should because we are trying to prevent someone else from doing what they shouldn’t, we allow that person’s folly rather than godly wisdom to dictate our actions.

Myth 2: I must confront the abuser right away.

When pastors first hear stories of abuse, their initial instinct is often, This is bad. Something needs to be done quickly. But just because a victim speaks up, it doesn't mean she is ready to confront her abuser. In Is It My Fault? Justin and Lindsey Holcomb point to numerous studies that highlight an unfortunate reality: “Many victims believe clergy have the most potential to help them, when in reality they are too often the least helpful and sometimes even hurtful.”

When church leaders act too quickly, questioning or confronting the abuser before the victim is ready, they can cause more harm than good, even putting the victim in greater danger. The victim may be silenced and punished by the abuser who now knows she spoke to an outsider. Ensuring the immediate safety of the victim is essential, but so is securing her long-term safety. If pastors sometimes err by hesitating in the face of the first myth, we also err by trying to bring final resolution too quickly.

Myth 3: If a victim of abuse is not yet ready to act, things must not be that bad.

Disclosing abuse and processing its implications can be overwhelming, and victims are often unclear about what actions, if any, they want you to take. Don’t take hesitancy as a sign that nothing needs to change. Unless there is risk of imminent harm or minors are involved—both require mandatory reporting—it is best to:

For assistance to result in a positive outcome, the abuse victim must be ready to live out the implications. This is why involving an experienced abuse counselor is so important. If the abuse victim is not prepared and has no viable plan, emotional or financial pressure often leads her back home prematurely, and it may be years before she reaches out for help again.

This leads us to the fourth myth.

Myth 4: As a pastor, I’m the best person to solve this problem.

When legal authorities get involved, the church often feels hampered in its ability to engage in restorative church discipline, which can go against a pastor’s shepherding impulses. A restraining order or an attorney’s request for the abuser not to make any incriminating statements can delay a church’s actions for months. When this happens, it means the offenses were significant enough to merit this kind of legal process.

It can be difficult for many church leaders to understand why the actions and processes of the church should be postponed so legal processes can unfold. But in Romans 13, Paul makes it very clear that in criminal matters, the state is God’s agent of justice. Deferring to legal processes is not putting God second; it is recognizing who God asked to take the lead when a crime has been committed. By putting the needs of the victim first, you are not minimizing the offenses of the abuser. Rather, you are preparing the victim to walk a difficult journey after her abuse becomes public knowledge.

We know that the vast majority of pastors genuinely love the members of their congregations and want to protect them. But as in all relationships, love alone is not enough. We must respond and act with biblical wisdom. With a combination of Christian love and wisdom, therefore, we will be able to glorify God and advocate effectively for his children in need.

Bruce Ashford is provost and dean of faculty at Southeastern Baptist Theological Seminary in Wake Forest, North Carolina. He is also an elder at The Summit Church.

Brad Hambrick is the pastor of counseling at The Summit Church in Raleigh-Durham, North Carolina. He also serves as instructor of biblical counseling at Southeastern Baptist Theological Seminary.

For further study on how best to help victims of spousal abuse, we recommend the following resources:

More on Max and Questions
Trending