The mission field is arriving in the United States.
Heather Evans, guest writer 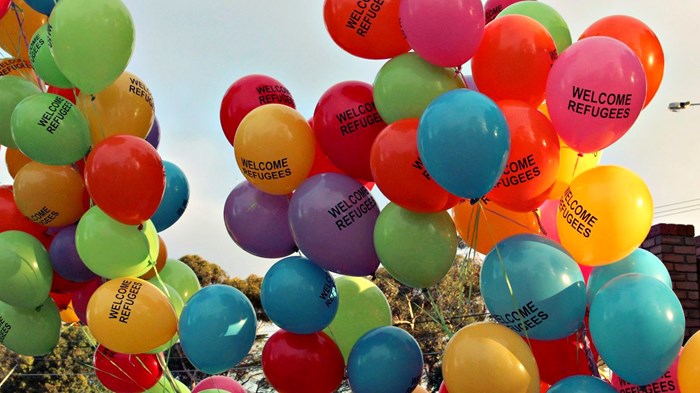 Editor’s note: The tragic terrorist attacks in Paris last week have polarized the conversation about our country’s role in resettling refugees, particularly from Syria and the Middle East. But the refugee crisis is a big and ongoing global issue, with 1 in 122 people living on our planet today either displaced within in their own country or seeking asylum in another.

Even when given the opportunity to live in a place like the United States, their needs are great, and the transition isn’t easy. In the essay below, an American social worker shares her observations from visiting Congolese refugees and how she came to see the refugee crisis as an opportunity for Christians. - Kate

In 2014, I traveled to Rwanda with a team of psychologists, social workers, and counselors to meet with local caregivers, offering training in trauma healing. We visited the Kigeme Congolese refugee camp. There, children greeted us and followed us around, holding hands. The conditions were humbling and sobering. Most of the camp’s 18,000 refugees had already lived there for two years. They had been separated from their families and unsure when or if they’d be able to go home. Yet, they sang for hope of return.

A year later, some refugees like those we met in Rwanda have made their way to us. The United States plans to resettle approximately 50,000 Congolese refugees, and this year, 250 of them relocated to Kentucky. As I visited these new immigrants in Louisville, as a ...