What "First They Killed My Father" tells me about suffering and the imago Dei.
D.L. Mayfield 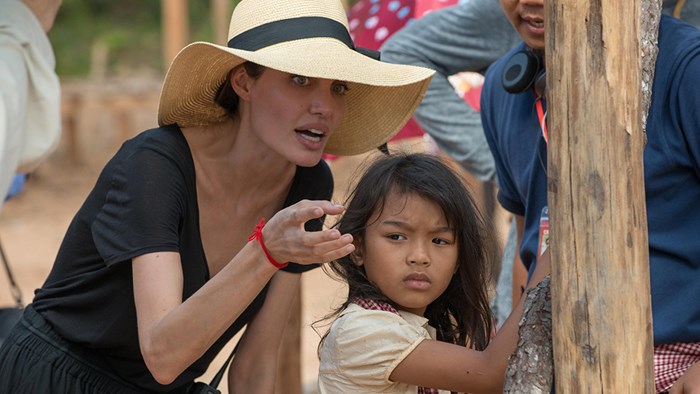 The other day I chatted with a friend who has lived in the US for a year or two—a refugee from Afghanistan who recently got an entry-level job in her field of engineering. She was ecstatic, eager to work her way back up the ladder. While drinking green tea, I casually asked her about her new job and what it was like to be an engineer in Afghanistan. Her two-year-old daughter was with us, eating red cherries as the juice spilled down the front of her second-hand party dress. “Oh,” my friend said, “there are no engineers there anymore.” I looked at her blankly. “What do you mean?” “All of the engineers were killed,” she told me. “The Taliban, they wanted the country to go backward. So they killed them all. Now there are villages waiting for buildings to be made, but there are no engineers to help anymore.”

She said it all so matter-of-factly while wiping her kid’s messy hands that I could barely understand her meaning. After the conversation, however, I thought a lot about how her story and others like it seem so unusual to me until they start to pile up and accumulate. As I hear more and more from my refugee and immigrant friends, as I read the news and try to pay attention to current events, suddenly I start to find that my safe and secure existence is the anomaly. My lack of proximity to suffering is what marks me as different—the outlier in a world full of horror.

I thought about this conversation as I watched the new Netflix film First They Killed My Father (a Cambodian Daughter Remembers). I’m not sure anyone is strong enough to watch a genocide unfold through the eyes of a five-year-old. And yet, this is precisely who experiences these horrors—little children, the elderly, the vulnerable. In an American culture like ours—several generations removed from a world war and comfortably certain genocide could never happen on our watch—it seems deliberate that director Angelina Jolie chose a child protagonist to walk us through the Cambodian genocide of the late 1970s.

Loung, played by Sareum Srey Moch, is the eyes and ears of First They Killed My Father, which was co-adapted from the book of the same title by Loung Ung. (It’s worth noting that Ung is one of Jolie’s closest friends.) The film keeps a close focus on Loung, played luminously by Moch, who over the course of the story becomes increasingly traumatized by all that she witnesses. For those of us who might typically be turned off by a more traditional war movie, the arc of this film provides a different experience and allows us to see the intimate destruction that regimes, soldiers, and fellow citizens often enact on one another.

While watching the film, I couldn’t help but recall some of Jesus’ most well-known words: “Blessed are the pure in heart, for they shall see God.” Who is purer than our children? Their eyes are powerful precisely because they see everything without fully understanding. Watching Loung slowly shed her joy and turn quiet, inward, ever watchful—sometimes slipping into a vivid dream of longing, sometimes fixating on tiny details—feels akin to watching someone experience death. Through her eyes, the audience gets a glimpse of the worst of what our broken world has to offer and how in turn it longs to make us see God, as well.

By using a five-year-old as a protagonist, Jolie is choosing an innocent character for the audience to identify with. Perhaps it’s because I have a young daughter or because I live and work in communities of refugees and immigrants, whatever the case, Loung is easily identifiable to me as a neighbor. She is someone who in God’s kingdom belongs to me and I to her. While watching her story, I was overcome with a feeling of personal responsibility laced with helplessness. After all, the genocide in Cambodia took place 40 years ago, so there’s not much I can do about it. But even so, the storyline is more relevant than ever.

Because I teach English to speakers of other languages, I meet people whose home countries are making headlines. People from Cambodia, yes, but more recent conflict zones like Somalia, Libya, Afghanistan, Syria, and Myanmar. Women will tell me a few sentences here or there—journeys they have undertaken, possessions they have left behind, loved ones who have died or been killed. All of them, however, tell stories where the world as they knew it ended.

Some are more pointed than others. A friend of mine from church who often serves on the worship team recently shared at an event commemorating the 23rd anniversary of the Rwandan genocide of the Tutsi by the Hutu. I knew Emmanuel as a fellow worshiper, but I didn’t know his personal history. When he shared his story—how his father was gruesomely murdered, how he barely escaped—I was shaken to my core.

Other survivors shared stories, as well. A second-generation Rwandan stood up—a young man in his senior year of high school in Oregon. Along with everyone else, he was dressed in a dark suit as if he were attending a funeral. In the halls of the high school and in the wider news, he told us he was starting to hear language that was meant to dehumanize entire people groups. Undocumented immigrants, refugees, and people who identify as transgender were all groups he had personally seen and heard being attacked by others. He asked us to pay attention and to fight against the language that normalizes violence and strips people of their imago Dei.

After multiple survivors shared the same sentiment—they feel as if the US is in a pre-genocidal moment—I was compelled to go home and pay more attention to the words being used in our public discourse by our highest elected officials. Many of them fit the technical definition of pre-genocidal actions as outlined by Genocide Watch. Dehumanizing language that refers to people as “animals, vermin, insects or diseases” has been mainstreamed. For example, President Trump recited a poem comparing Syrian refugees to a venomous snake countless times during his campaign and after he was elected, including at a rally celebrating his 100 days in office.

(A more casual but nonetheless serious example, in my opinion, is the frequency with which entire groups of people are called “illegal.” As Elie Wiesel, a survivor of the Holocaust, has said, “no human being is illegal.” Being cautious with the language we use toward groups of people we deem different by race, ethnicity, or legal status is not a matter of being seen as “correct,” either politically or morally. Rather, it has a direct correlation to how we treat them and also how we enact public policy on their behalf.)

At the moment, the small nation of Myanmar is experiencing a genocide. For decades, the Rohingya Muslims, an ethnic and religious minority, have experienced targeted persecution by the Buddhist majority, and the persecution has recently been ramped up under the watchful eye of their Nobel Peace Prize–winning president (an irony that is truly terrible to behold). The UN recently declared the situation in Myanmar as “textbook ethnic cleansing”—a phrase no one wishes to hear in their own lifetime.

In my own neighborhood, there are several Rohingya families who have been resettled in the past year or so. They cook food for me, squeeze my toddler’s cheeks, and drop by for a chat every now and again. I know the names of their children and the grades they are in at school, including the Rohingya boy in my daughter’s second-grade class. He is the one I picture as I read the news of more killings, of the government torching homes, beheading people, and planting landmines on the border to Bangladesh as the Rohingya try to flee. It doesn’t feel like a genocide happening far away—it feels close by. It feels like my neighbors are suffering—and just as the apostle Paul said, “If one part suffers, every part suffers with it” (1 Cor. 12:26).

In this context of global upheaval, First They Killed My Father is a tremendously important film. For those of us who are not blessed with neighbors from far away countries, it allows us to see all of God’s beloved children as our neighbors, no matter the distance, geography, culture, or religion. That’s why Jolie, Ung, and the cast and crew of the film are blessed in my eyes. Through this film, I now have a better view of Cambodians as my neighbors, and I can catch a glimpse of the image of God wandering the earth in the midst of horror. These glimpses have allowed me to see myself, and my world, as closer to that reality than I could ever wish.

It’s a hard blessing, to be sure, but one I will not let go of.

D. L. Mayfield is a frequent CT contributor and author of Assimilate or Go Home. Her most recent CT cover story was “Facing Our Legacy of Lynching.” She lives in Portland, Oregon.