Linda Barkman was incarcerated after the man she lived with murdered her toddler. But she turned hardship into ministry. 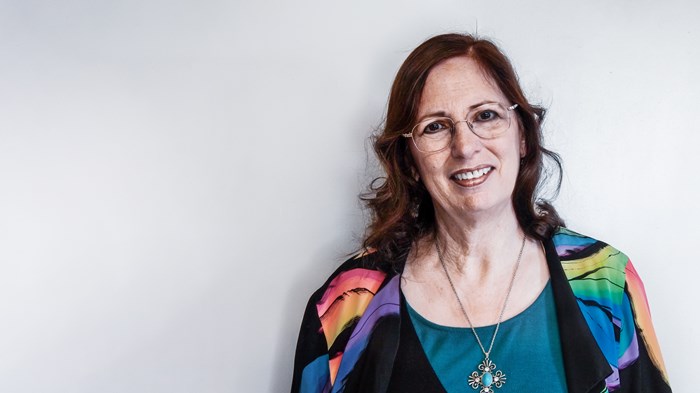 The valedictorian of Fuller Theological Seminary’s School of Intercultural Studies had been incarcerated longer than many of her fellow graduates had been alive. “I got a standing ovation at graduation,” said Linda Barkman, who graduated last year at the age of 65 and was imprisoned for 30 of those years. “I was shocked. It was not what I expected from my past.”

In 1979, Barkman’s live-in boyfriend murdered her two-year-old daughter. Barkman was found guilty of felony child endangerment—for living with her violent boyfriend—as well as second-degree murder. When the California Supreme Court set that verdict aside and she was retried, the prosecution successfully argued for “implied malice,” meaning she should have known what the boyfriend could do to her toddler.

“There was no battered woman syndrome defense,” said Barkman. “I was a 26-year-old, really confused, scared woman who made some really bad decisions. It cost my two-year-old her life.”

Barkman lost custody of her other daughter and then began her decades’ long sentence. While incarcerated, she rekindled her faith in Christ, began ministering to her fellow inmates, earned her undergraduate degree in psychology, and left prison just five credits short of a masters in the theology. Today, she has her PhD in intercultural studies. Her dissertation explores the gap in communication between women in prison and the volunteers who minister to them.

Barkman spoke recently with Christianity Today about the trauma of losing her daughter, what makes prison a “pretty good seminary,” and the women who inspired her while she was incarcerated.

Tell us about your faith background.

I grew up unchurched. I came to Christ when my oldest daughter was a babe in arms, but it didn’t work very well. I was going to a church where, when they found out that I was living with a man I wasn’t married to, I was told by the associate pastor’s wife that she could no longer teach Bible study in my home because she couldn’t enter the home of a sinner. That pushed me away. I was already pregnant with my second child at that point. I ended up leaving him because he was an abusive alcoholic and drug abuser, but I found somebody worse than him.

One day, I asked God to do whatever he needed to do to make things right in my life, because I just knew how wrong everything was and how miserable I was. At the end of that day, the man I was living with beat my two-year-old daughter to death.

Not only did you lose your daughter, but you were also suddenly going to prison. How did you handle all of the trauma hitting you at the same time?

I wanted to die, and God said, No, you’re not allowed to die. I was so angry at God. I remember screaming out to him, “You say you can make a new creation out of me, so you have to turn me into somebody I can live with. I don’t know what part is good, what part is not. All I know is everybody who has ever loved me or been loved by me is now hurt, and I just don’t know what to do.”

After that, God started showing me that he could use me if I would let him, if I would stop fighting. It took a long time. I began to see Jesus and his love and mercy in the day-by-day things. Not long after I got to prison, I started helping with church services in the psychiatric unit. For 28 of the 30 years I was incarcerated, I was the lay pastor for that prison unit.

Prison is a pretty good seminary in a lot of ways. One of the women I interviewed for my dissertation told me, “I had a 27-year retreat. People don’t understand it, but you do. Jesus was with me every single day of those 27 years.”

How did you find your first Christian community while incarcerated?

The very first time you go to church, it might be just to get out of your cell. But oh my gosh, it is the place where you’re accepted. At the California Institute for Women, or CIW, if you want to spend your life in the prison’s church, if you’re new and vulnerable, the old-timers that have been there will take you under their wing and disciple you. I’ve met women who were released on parole but then came back to CIW. They weren’t happy to come back to prison, but they were so excited to come back to our church. There’s a strong sense of community, a sisterhood.

In prison church, services are seven days a week, two or three times a day. There’s always someone within 100 feet who understands all of your issues and problems and is willing to pray with you.

Tell me about some of the transformative relationships you made while incarcerated.

In my early years, I met Marge. She and I were best friends and ministry partners for 20 years before she died in prison, basically from poor medical care. When she died, we had a service for her that was so big they had to use the auditorium.

Then there was Martina from Oaxaca, Mexico—an indigenous person. I tutored her in English, and when my roommate paroled, I asked permission for Martina to move into my room. We were roommates for 13 years. By the time I paroled, she had a high school diploma in English with an “A” average.

While she was in prison, she was one of the matriarchs of the Spanish-speaking Christian community. Now that she’s [out of prison and living] in Tijuana, she is involved in two different churches. My husband and I go to visit her once a month. The last two months that we went, we were guest preachers in churches that she’s affiliated with. She does things like take burritos to the poor people living under the bridge at the border.

Who first gave you your first leadership experience?

Gerald Fortier was an amazing African American Baptist chaplain who had this habit of bursting into song and expecting me to figure out what key he was singing in, so that I could play music for him [on the guitar]. He helped grow me up in the Lord and made me an elder in that church. I had credibility with all of the chaplains after that.

Prison church is really run by outside volunteers. The chaplain’s job is more to take care of death notices and emergencies and also to do the paperwork that brings in the volunteers. So during the years when there were no volunteers for the psychiatric unit, I did all the preaching.

Matthew 25:36 reads, “I needed clothes and you clothed me, I was sick and you looked after me, I was in prison and you came to visit me.” Why did you write an essay arguing this verse was an incomplete theology for prison ministry?

In Christ’s day, prisons were full of political prisoners and paupers. If you committed a crime, you were either flogged or executed but you weren’t imprisoned. So Jesus is saying this for John the Baptist and others like him. Showing hospitality to those people is important, but in today’s context, hospitality is not what a guilty criminal needs. Hospitality means that I come to your table as a guest and I am always a guest. By contrast, integration means that I come to your family as a guest and I become family.

You’re not going to offer integration to prisoners unless you really believe in redemption—that Jesus died for every single person. It doesn’t mean that everybody accepts redemption and becomes redeemed, but you have to believe that it is a possibility for each and every person in prison.

I can say this because I had a co-defendant. The man who killed my daughter died in prison in 2009. I am the mother of the victim, and I had to come to grips with how I felt about him. People ask, “What if you meet him in heaven? How will you feel?” Well, I pray that he is redeemed. If I meet him in heaven, it means that he is a new creation transformed into the image of Christ and not what Satan and the world and evil turned him into.

Battered woman syndrome was not recognized when you first went to jail. How did you wrestle with that?

When I got to prison, I was labeled a baby killer. I bought the jury’s decision, saying that I was Amy’s mother and I did not protect her. How was I not guilty?

The first person who ever told me I was a battered woman was a woman in a death penalty case who, after 17 years, was totally exonerated. But I didn’t believe her. I still wrestle with it. When Fuller President Mark Labberton introduced me to the 4,000 people at commencement as somebody who unjustly spent 30 years in prison, I didn’t know how to cope.

I struggle. I’m in therapy. I have post-traumatic stress disorder from prison issues. I don’t know if I can believe in redemption for myself. But David was a murderer, and Saul consented to Stephen’s stoning, and Joseph spent a lot of time in prison. God has a special place for prisoners and can use us because of our brokenness.

How do you pray for the people that you minister to in prison?

We know that knowing Christ in prison makes us freer than many people walking the streets who don’t know Jesus. So I pray for the strength to know that, every moment that he allows me to minister in prison is an opportunity to love to those that he loves.

How did you meet your husband?

I met him in a seminary classroom. He’s a Mennonite, a pacifist. He’s just a marvel. He once answered a pastor’s question, “What do you really want to be in life?” with the answer, “a pastor’s husband.” He says his ministry is to drive the car. That means he drives the car in Tijuana traffic and takes me where I need to go and puts me back together. He is an amazing, brilliant, kind, caring man who sees his calling as having waited ‘til he was 62 to meet the woman of his life. We both recently got our PhDs, so now we are both Dr. Barkman.

Join the conversation on Facebook
Tags:
CrimePastorsPrisonsSeminariesWomen in Leadership
Posted:January 3, 2019