The Pentecostal denomination was founded by a woman nearly a century ago, but it has failed to elect another female president since.
Leah Payne 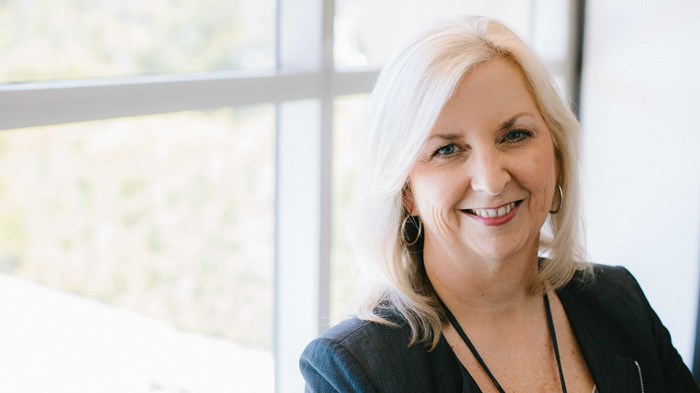 On Tuesday, the Foursquare Church elected Oregon pastor Randy Remington its next president over general superintendent Tammy Dunahoo, who would have been the first female president since the denomination’s founder, Aimee Semple McPherson.

After the race brought in double the votes of any other Foursquare election, Dunahoo’s defeat underscores the ongoing struggle for women to reach to the highest positions in evangelical institutions, even in traditions that ordain women and affirm their roles as preachers, teachers, and leaders.

Over the years, many have wondered, “Why hasn’t a denomination founded by a woman elected another?” Foursquare may have begun with a woman at the helm, but after decades of male leadership and moves toward the evangelical mainstream, it’s actually harder for a woman to make it to the top now.

Several mainline denominations such as the Episcopal Church, the United Methodist Church, and Evangelical Lutheran Church in America have had women in top positions, as have evangelical movements such as the Salvation Army and the Northwest Yearly Meeting of Friends (evangelical Quakers). Despite more women are enrolling in seminary and training for ministry now than any other time in history, their presence in local churches remains disproportionately small; only about 5 percent of American churchgoers have a woman as a pastor.

Women pursuing ministry today still look to Aimee Semple McPherson’s example. She founded the International Church of the Foursquare Gospel in 1923 and led the burgeoning movement—which now numbers 68,500 churches around the world—until her untimely death in 1944, when she left some big, flamboyant shoes to fill.

Celebrity culture was just beginning in the early 20th century when she moved to Los Angeles, becoming a self-styled ingénue with the self-promotion skills of Taylor Swift and the good humor of Kelly Clarkson. Plus, preaching that could compete with T. D. Jakes or Steven Furtick; a mass media empire; a megachurch; a Bible college; an “interdenominational” movement; and a global healing ministry that was the prototype for Kathryn Kuhlman, Benny Hinn, and many others.

Semple McPherson’s ministry was so exceptional that critics thought she must have hypnotized gullible audiences and devotees saw her has a divine vessel for the Holy Spirit. She was a hard act to follow, but during her lifetime, many women sought to do just that. Just under half of early Foursquare pastors were women, and her magnetic daughter Roberta Semple was her assumed successor.

Perhaps the trajectory would have been different if the mother-daughter leadership team hadn’t suffered a falling out and Semple McPherson’s son Rolf McPherson had not filled the role instead. He held the top position at the Foursquare Church for more than 40 years after his mother died, and the movement has been led by men ever since.

Since 1944, female ministers had very few examples other than their founder to encourage them to lead beyond the congregational level. For the past decade, Dunahoo—this year’s presidential candidate—was the only woman in Foursquare’s executive leadership. As of 2017, there were only seven women in national leadership positions.

To thrive as leaders at all levels, women in Foursquare must have more than denominational policy granting them access to the office of the ministry. And, they need more than the distant memory of biblical women to inspire them. If stories of Deborah and Junia and women-friendly ordination policies were enough, women would probably enter the ministry at rates similar to the rise of women in other professions like the law or medicine. Foursquare churches as well as Nazarenes, Quakers, Methodists, and many other congregations would have a lot more women in ministry leadership roles.

The fact Foursquare has yet to elect another female president shows how much women’s potential depends on the models she sees in ministry and the support around her. Women need congregations who are able to imagine, accept, and support a woman as their pastor. The imaginative component is key here: The idea of a woman as pastor needs to be present in the collective consciousness of a congregation in order for a female pastor to become a reality.

Seeing mostly men in leadership roles narrows that imagination, and the low percentage of Foursquare women in pastoral roles after the death of Aimee Semple McPherson attests to this principle. In the 1930s, 40 percent of Foursquare senior pastors were women; as of 2012, the number had dwindled to 7 percent.

Another reason for this lengthy hiatus of women in national-level Foursquare leadership is because Foursquare is not the same organization that it was in its early days. It has grown from 29,000 members in 410 congregations to over 8 million members in 68,500 churches across 146 nations. For revivalist movements like Foursquare, such rapid growth equals undeniable success. But growth comes with side effects that have had lasting influence on women in ministry leadership in Foursquare.

An unintended consequence of Foursquare’s growth and development is it has gone from being seen as a vaudeville-inspired sideshow of American Christianity to being an accepted part of the American evangelical establishment.

Semple McPherson’s ministry was as controversial as it was groundbreaking; her career included lawsuits and public trials, a high-profile disappearance and reappearance, and rumors of an affair with a married man. Early Foursquare folks often relished their lack of respectability; they saw the Holy Spirit in Semple McPherson and loved and defended their “Sister” Aimee. They didn’t care a lot about what critics thought of their pastor or her followers.

Now, few would question the notion that Foursquare is a part of the evangelical mainstream. But with that “respectable” reputation comes an expectation of typical churches led by white, middle-class men. These changes have arguably made having a female president today even more unlikely than the presidency of Foursquare’s founder Aimee Semple McPherson.

It’s one thing to have a woman as a founder. The history of Christianity is full of “exceptional” cases of talented women who attract male followers; Joan of Arc, Teresa of Avila, Anne Hutchinson, Ida B. Robinson, and more.

Historically speaking, Christian women often step out on their own to establish authority through alternative structures (that, or they are forcibly removed or killed). Whether it is by founding their own religious order, creating their own denomination, establishing their own congregation, or building multi-media ministries in the form of radio, televangelism, blogging, vlogging, or other forms of social media influencing, women often leave established structures to fully express their gifts.

In many ways, that blaze-your-own-trail approach is more feasible than rising through the ranks of a “respectable” evangelical organization with very few women around you. Candidates like Dunahoo, who made her way up—as a pastor, cabinet member, district supervisor, and now general supervisor and vice president of Foursquare’s US operations—have been and will always be rare.

The movement that Foursquare was in the days of Aimee Semple McPherson is no more. In its place is a much larger, more influential organization with a global reach. In this respect, should Foursquare elect a female president sometime in the future, she will not simply be the “second woman” to lead the movement after Sister Aimee.

In many ways, she will be the first of her kind.

Leah Payne is assistant professor of Theological Studies at Portland Seminary of George Fox University and author of the award-winning book, Gender and Pentecostal Revivalism: Making a Female Ministry in the Twentieth Century. In her spare time, she co-hosts a pop culture and religion podcast called Weird Religion at weirdreligion.com.