Firefighting Pastor in Hot Water
by Todd R. Svanoe in MadisonAugust 11, 1997
This article is from the August 11 1997 issue. Subscribers can read all of CT's digital archives.

The Madison (Wis.) Police and Fire Commission in June upheld a two-month suspension without pay of pastor and firefighter Ron Greer by Madison Fire Chief Debra Amesqua. Greer, pastor of Trinity Evangelical Fellowship, had been suspended for harassment after distributing at work a pamphlet entitled "Homosexuality: The Truth."

The commission ruled that the biblically oriented pamphlet, which urges the exclusion of homosexuals from employment in positions of authority, is hostile toward city policy prohibiting such discrimination. The panel determined that Greer's interests in expressing his views are "insignificant" compared to the department's interests "in maintaining a harassment-free work environment, … mutual respect, and unit cohesion in the demanding context of emergency services."

Greer argued that he distributed the pamphlet only to individuals who expressed an interest. The commission ruled that Greer has a record of "disregard, disrespect, and disdain" for his superiors.

Greer says he felt betrayed by an assistant fire chief who conducted an investigation of him, though no coworker has filed a harassment complaint. He is penalized for calling the assistant chief a phony. 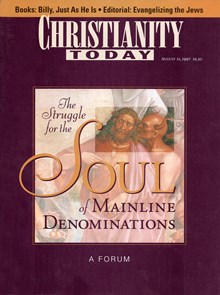 This article is from the August 11, 1997 print issue. Subscribe to continue reading.