I first have to say that Trans-Siberian Orchestra is one of the coolest rock shows and most powerful Christmas productions I've ever seen. It's such a dramatic fusion of styles.

Paul O'Neill Thanks. A newspaper once described us as Phantom of the Opera meets The Who with Pink Floyd's light show.

With a little bit of classical thrown in. How did that fusion come about? Were you always into Broadway and rock opera?

O'Neill I was mostly influenced by classical, rock, and R&B. Also, having grandparents from Ireland, the storytelling elements of Celtic music had a great impact on me. Even songs as simple as "Danny Boy" tell a story. Growing up in rock & roll, with its reputation for being undisciplined, I have always been fascinated by the discipline of Broadway performers who were untapped by the rock world. So we tapped them and rocked them up.

Was it always your original intention for TSO to be primarily known as a Christmas phenomenon?

O'Neill Never, but we are thrilled with the success of the Christmas albums.

So how'd it all come together?

O'Neill With Trans-Siberian Orchestra, I wanted the sort of group that would have no limits, combining a symphony with a rock band. We would only do rock operas, because that gives the music a third dimension that normally you don't have access to. Normally, you just write the ... 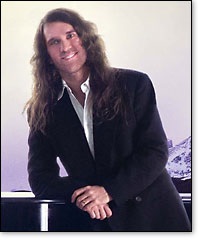