We live in strange musical times. In 1984, pop icon Madonna gleefully declared that she was a "Material Girl" living in a material world. Now almost 20 years later, the Material Girl is decrying greed and pleading for family values on her American Life album.

For most artists, songwriting represents a process of personal growth. Albums offer snapshots of an artist's life: emotionally, socially, and spiritually. The Glimpses of God series was created to call attention to specific examples of mainstream artists exploring subjects of faith. Some are professing Christians approaching their craft outside the gospel music community; others are non-believers searching for answers. All are artists you can pray for and albums you can use as common ground with a non-Christian friend.

For Train founder Patrick Monahan, the rock star lifestyle initially included drug and alcohol abuse. With role models such as Nirvana's Kurt Cobain and The Beatles, the aspiring artist assumed such vices were necessary to inspire creativity. After years of struggles and frustrations, Monahan eventually changed his way of thinking. He cleaned up ...

Tags:
None
Posted:
January 1, 2003
More From: reviewed by Russ Breimeier 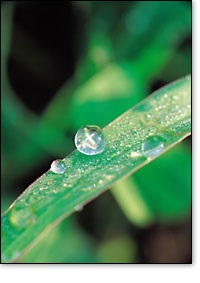