A plea for peace and truth in the madness of Nigeria.
By Craig KeenerNovember 1, 2004
This article is from the November 2004 issue. Subscribers can read all of CT's digital archives.

Early in September 2001, I prayed desperately for the safety of friends in a city just attacked by Islamic extremists. I mean not New York City—which was attacked only four days later—but Jos, the capital of Plateau state, central Nigeria, where I had spent three summers. The Twin Towers were not jihad's only targets that month.

On September 7, a Christian woman supposedly crossed a street Muslims had blocked off for their prayers. That became "sufficient" pretext for an explosion of violence, in which Muslims began slaughtering unprepared Christians. Two of my friends were under siege in a church for two days with a corpse and no water. Some Christians armed with sticks managed to capture attackers who carried automatic weapons. According to reliable sources, these attackers were mercenaries from Chad and Niger.

Although the Muslims were better armed at the time, Christians outnumbered them in Jos and some retaliated. In some neighborhoods, Christians were killed; in others, Muslims; in still others, Christian and Muslim neighbors protected each other from the madness. Nigeria has many tolerant Muslims, even in the Muslim-dominated north. Unfortunately, some of them became innocent victims of "Christian" retaliation.

In the following months, my friends continued to send disheartening e-mails. The fighting shifted to other parts of Plateau state during the next year, according to some estimates, killing more than 5,000 people. Foreign terrorists targeted Christian areas at night, killing hundreds and driving perhaps hundreds of thousands from their homes. Two years later, displaced thousands remain, most living in related tribal lands, unacknowledged by the world.

The unexpected appearance of automatic weapons ... 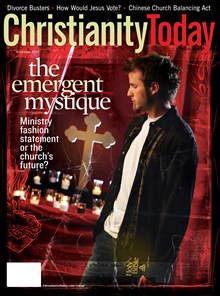 This article is from the November 2004 print issue. Subscribe to continue reading.