Court decisions cheer opponents of same-sex marriage.
Madison TrammelSeptember 1, 2006
This article is from the September 2006 issue. Subscribers can read all of CT's digital archives.

In a 4-2 decision, New York's highest court denied a suit for same-sex marriage, stating that such unions have no historical basis and are not a fundamental right guaranteed by the state constitution.

"Intuition and experience suggest that a child benefits from having before his or her eyes, every day, living models of what both a man and a woman are like," Judge Robert Smith wrote. Smith also ruled that while "racism has been recognized for centuries" as unjust, "the idea that same-sex marriage is even possible is a relatively new one."

The wording of the decision, in particular, pleased marriage-protection advocates.

"That almost could have been [taken] verbatim from our 'friend of the court' brief," said Tony Perkins, president of the Family Research Council. "Because that's what we argued, that you cannot separate the well-being of children from marriage."

"If [gay-marriage activists] cannot pick off Nebraska," said Jordan Lorence, senior counsel for the Alliance Defense Fund, "I think it's very unlikely that they'll be able to strike down any of the amendments."

Additionally, the highest courts in Tennessee and Massachusetts allowed pursuit of ... 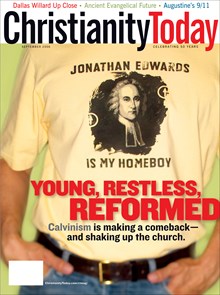 This article is from the September 2006 print issue. Subscribe to continue reading.