You're probably familiar with the Casting Crowns hit single "Praise You in This Storm." In this excerpt from his new book Lifestories, frontman Mark Hall tells the story behind the song.
Mark Hall|September 11, 2006

You're probably familiar with the Casting Crowns hit single "Praise You in This Storm." In this excerpt from his new book Lifestories, frontman Mark Hall tells the story behind the song.

Great songs don't just come out of nowhere, and there's quite a story behind the Casting Crowns hit, "Praise You in This Storm." In a new book called Lifestories (available August 29), Mark Hall, the band's frontman and chief songwriter, tells the stories behind the songs—including this one about a little girl dying of cancer who never gave up her trust in Jesus . . . and her mother who literally stood on the promises of God through the whole ordeal. The following story has been adapted and condensed from the book.

Laurie Edwards watched her little girl gasping for air and wanted to breathe for her. She wanted the Maker of breaths to swoop in and fill her child's lungs and dissolve every tumor with His mere glance. She wanted another miracle.

It was the early morning of Saturday, October 30, 2004. Ten-year-old Erin Browning lay in a hospice bed in her home, in such pain and shortness of breath that, in fear and exasperation, she could manage only one request of her mother.

"Just read the Scriptures!" she said.

So Laurie began reading the Scriptures. She included Erin's favorite passage, Proverbs 3:5-6. From 1 a.m. until 5 a.m., loved ones took turns reading aloud the Word of God over a child in the last, cruelest stages of cancer's grip. Little Erin had battled for more than three years.

And now the end was near. Laurie tried to refuse to believe it, but her trust in the Lord remained steadfast. She was frightened and faithful all at once. She prayed for an eleventh-hour miracle. And she kept reading the Scriptures, as Erin had asked. 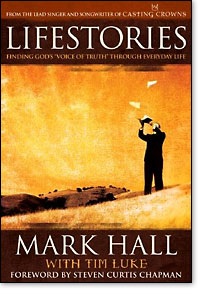