Deaths of Allen Finley and Pierre Gemayel, Installation of Katharine Jefferts Schori, and other stories.
December 21, 2006
This article is from the January 2007 issue. Subscribers can read all of CT's digital archives.

Died • Allen Finley, longtime leader of Partners International, on October 30 in North Carolina. He was 76. Finley guided the mission agency as executive director from 1960 to 1976, then as president/ceo until 1987, while Partners worked more closely with indigenous ministries.

Dropped • Vietnam, from the U.S. State Department's list of Countries of Particular Concern (cpc) with regard to religious freedom. Ambassador John Hanford explained that Vietnam has expanded religious freedom in the two years since they landed on the cpc list. The U.S. Commission on International Religious Freedom had recommended that Vietnam remain a cpc. Chairwoman Felice Gaer said that the "designation of Vietnam has been a positive incentive for engagement on religious freedom concerns. Lifting the designation removes that incentive." The State Department added Uzbekistan to the list this year for crackdowns on conservative Muslims with no ties to terrorists. 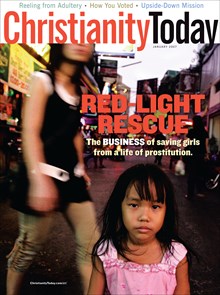 This article is from the January 2007 print issue. Subscribe to continue reading.