Roman Catholic missionaries should aim to convert people and not restrict themselves to humanitarian good works, the Vatican said on December 14.

A 19-page document, which was personally approved by Pope Benedict XVI, draws on the controversial Vatican declaration he issued in 2000 that asserted Catholics alone have "the fullness of the means of salvation." The document aims to correct a "growing confusion" among theologians who argue that "it is enough to build communities which strive for justice, freedom, peace, and solidarity."

The document comes as the Catholic Church faces increased competition from Pentecostals and evangelicals, particularly in third-world countries, and charges of improper "sheep stealing" from Orthodox churches, especially in Russia.

"[T]here has a been a cooling of missionary spirit in recent years," said Archbishop Angelo Amato, undersecretary of the Congregation for the Doctrine of the Faith, the Vatican's top doctrinal office.

Amato specifically cited the work of three Jesuit theologians—Jacques Dupuis, Roger Haight, and Jon Sobrino—suggesting that their work had undermined missionary spirit by casting doubt on the uniqueness of Christ as the universal Savior of humankind.

"The fundamental problem is a pluralistic theology of religion, which essentially states that all religions are equally valid in leading a person to salvation," the Rev. Agostino di Noia, an American who serves as another undersecretary of the Congregation, told Vatican Radio.

The statement rejects conversion by force or by means "which do not safeguard the freedom and dignity of the human person." It also stresses that evangelization among non-Catholic Christians should be undertaken with "true respect" for their traditions. ... 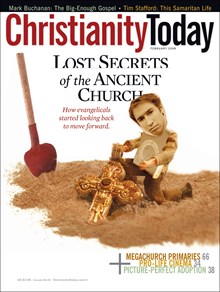 This article is from the February 2008 print issue. Subscribe to continue reading.