The Biola Media Conference included lively debates about Hollywood's efforts to reach a Christian audience. The opportunities are exciting, but are the results much good?
Story by Brett McCracken|September 30, 2008

It wasn't so long ago that some churches frowned upon their members even going to see movies, let alone participate in making them. But as new media and video forms have increasingly become ubiquitous and acceptable tools in worship services, that's all changed. Today, it's common to see a film clip or video illustration on Sunday mornings, and more and more churches have video ministries that are creating original productions.

One such ministry can be found at Bel Air Presbyterian Church in Los Angeles—a city where you'd expect to find churches on the forefront of film ministry. The Bel Air Drama Department (BADD) is an elite, audition-based group of actors, writers, directors, and other film/media practitioners who work together voluntarily to produce weekly short films and instructional videos for the church, one of LA's largest.

For the past eight years, BADD has been led by Robert G. Lee. Prior to that, the group called itself "Thesbyterians"—"the world's worst name," says Lee—and produced only two or three videos a year. These days, BADD produces a new video every week or two, usually on a topic relating to pastor Mark Brewer's sermon.

BADD's 34 volunteer members are Christians who are talented in acting or film production, but not just anyone can join. There are auditions only once a year—every August—from which only about four new members are accepted (out of 30-plus who audition). Those who make the cut have much to prove to a congregation with a keener-than-average eye for quality film production.

More than just a way to hone their talents, BADD also provides a place where Christian entertainment professionals aren't beholden to the widespread amoral requisites of secular Hollywood, ...

Tags:
None
Posted:
September 30, 2008
More From: Story by Brett McCracken 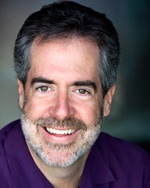