Police raid on service shows that churches are no longer neutral observers.
Jeremy WeberOctober 21, 2009
This article is from the November 2009 issue. Subscribers can read all of CT's digital archives.

The bold interruption of a Sunday Mass to arrest a drug lord in August illustrated just how desperate Mexico's war on drugs has become—and how religion is no longer a neutral observer.

"Mexico is living an unprecedented crisis," said Jaime Hernández Ortiz, an evangelical law professor at the University of Guadalajara. "It is expected that the next three years will be the same or worse."

Observers noted that the Roman Catholic Church, long one of the most respected institutions in the world's second-largest Catholic country, appears to have lost its sheen of immunity in the narcotics conflict.

The Conference of Mexican Bishops reports that 7 bishops and 120 of its 16,000 priests have received death threats this year. Assailants killed a Catholic priest and two seminarians leaving a Mass in the southwestern state of Guerrero in June.

Drug-related violence has claimed over 11,000 Mexicans since President Felipe Calderon effectively declared war on the Sinaloa and Gulf drug cartels in 2006. Flooding troubled states with 25,000 federal troops has yet to produce significant results. Instead, once-shocking news of tortured bodies, beheadings and abductions has become common. Gunmen executed 18 men at a Juarez drug rehab center in September. 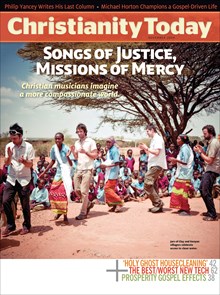