Though it's the best-produced church-made film yet, this teen flick tries to tackle too many topics at once, muddling the story—and the transformative power of the gospel.
Todd HertzJanuary 22, 2010
Our Rating

When I walked out of the theatre after seeing To Save a Life, I was pretty positive about this teen flick. This outreach project of California's New Song Community Church has the best production values I've seen from a church-made feature film, tells a good story, and captures both youth group culture and high school life pretty authentically. The movie is poignant, often funny and filled with memorable scenes. But in the weeks since I first saw it, I've been bothered by some weaknesses and unintended messages that have dampened my praise and recommendation.

Loosely based on the hit song "How To Save a Life" by The Fray, the movie opens after the public suicide of an outcast teen named Roger (Robert Bailey, Jr.). Stud basketball player Jake Taylor (Randy Wayne) was Roger's best friend until Jake's popularity accelerated and he began to see misfit Roger as a social speedbump. Broken, guilt-ridden, disillusioned, and confused, Jake begins to ask hard questions. This questioning and unhappiness leads Jake toward life change as he is pursued by a caring youth pastor, Chris (Joshua Weigel), evaluates his relationship with girlfriend Amy (Deja Kreutzberg), and makes a conscious effort to care for others more than self—to love on the unloved.

In fact, with so many subplots and themes shoved in, I kept thinking that To Save a Life might have made a better TV series, comparable to the popular (but not as well produced) The Secret Life of an American Teenager. Spreading all of the film's various themes (and Jake's various problems) over a season could have lessened how overwhelming (and a bit cheesy) they feel in two hours. Or maybe the movie could have just focused more tightly on Jake's personal trajectory of change and outreach after Roger's death without the added obstacles—including a villainous pastor's son, and an unneeded and weak climax involving a bomb scare. It is in showing Jake's questioning, emptiness, and transformation that the movie best excels. My favorite scenes were of Jake walking through his popular, party-lifestyle life growing more and more unfulfilled, slowly realizing the truth of Ecclesiastes that life is meaningless without God. 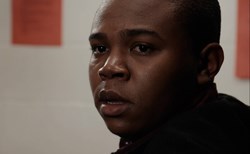 Jake's search for meaning leads him to grow more and more interested in what youth pastor Chris has to say. And that is when Jake's changes begin. Jake challenges Chris' hypocritical and apathetic youth group to be different than the world, to care and to reach out to the hurting. He starts a lunch group of Christians to sit together despite their different high school status levels. He seeks out hurting kids like Roger to give them the message that someone cares. And as Jake changes into this new creation, he realistically faces the temptations and trials of a new believer.

That's all great stuff. But the more I thought about the film, the more I realized that while it talks a lot about living differently, living for God and being transformed, it never says why or how. I wish there had been more focus on showing what changed Jake. Was he just trying to be a better person? The youth group becomes a place of acceptance and caring for misfits and sinners, but it seems that their reason is to make sure others don't feel lonely—not because of the gospel of Jesus Christ. In fact, the movie could be read as saying the church is a place where you can fit in, and saving a life is a matter of being nice to the nerds. And honesty, if that is all a viewer gets, it's not that different of a message than from secular teen flicks like Mean Girls. 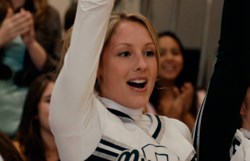 Kids in youth groups or with a Christian background will easily fill in the blanks and infer that this change comes from a life in Christ and that Jake's reaching out to the hurting comes as a reaction to Christ's love. They may glean much from the messages of living differently and not being judgmental. In fact, To Save a Life could be a good kick-in-the-pants for youth-group kids not consistently living out the truth of Christ. The problem, though, is that some youth pastors (like the one who attended the screening with me) will have concerns about showing this at a church event or endorsing it because of its realistic portrayal of how kids party, date, and dress (see The Family Corner). 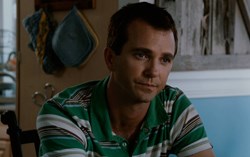 On the flip side, being so comparable to Hollywood fare is perfect to attract non-Christians, but will the vague and ambiguous messages get across? Will they take anything out other than a missive to be kind and inclusive? Some certainly will. Some won't. Still, I am sure the filmmakers agree that it's a success if it changes one judgmental heart or saves even one life.

To Save a Life is rated PG-13 for mature thematic elements involving teen suicide, teen drinking, some drug content, disturbing images and sexuality. A character considers abortion. One character self-mutilates with a razor blade and blood is shown. A grisly public suicide is implied but not graphically shown. Some viewers may be disturbed by the mocking and bullying of the "nerds." The movie's depiction of teen partying doesn't differ from most secular teen movies and TV shows. There is a lot of teen drinking and a lengthy game of beer pong. A group of characters (including members of a church youth group) smoke weed. There's open and somewhat crass discussion of sex, sexual taunts, and off-color jokes. Two teens have sex at a party; they are shown kissing and undressing, and again when waking up. Teen girl characters are often scantily clad (including a 2-piece bikini baptism scene).