Oliver Stone has a penchant for tracking the winds of popular American sentiment. From his blistering account of the Vietnam War (Platoon, 1986) to his controversial presidential bio-pics (JFK, 1991; W., 2006), the larger-than-life director has taken on some of our deepest assumptions, exposing their cracks and flaws. Wall Street (1987) took one of our most cherished beliefs—that capitalism is the best economic system the world has known—to its logical conclusion, showing what happens when someone makes unfettered self-interest his gospel. (Hint: It ain't pretty.) The American Film Institute named reptilian corporate raider Gordon Gekko (Michael Douglas) among its top 50 movie villains, in part for his speech espousing that "greed … is good, greed is right, greed works." On a theoretical level, Americans understand that self-interest fuels the wheels of our economic system. But put Gekko's way, most of us sense something is horribly wrong.

As it turns out, greed doesn't always work. If we have learned anything the past two years, watching the worst economic collapse since the Great Depression, it's that greed fails, sometimes miserably. News of sub-prime mortgage scandals, trillion-dollar government bailouts of "too big to fail" banks, and Ponzi schemes have primed many American moviegoers for a takedown of the bankers and investors who contributed to the mess. We are enraged at corruption throughout corporate America, and we're ready for an on-screen skewering of a Bernie Madoff—like character.

Enter Gekko—or reenter, that is. In Wall Street: Money Never Sleeps, Stone brings Douglas's Oscar-winning role back for a timely (some might say opportunist) story about an older, wiser Wall Street, and ... 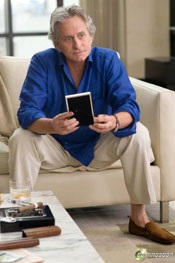