Rediscovering the good news in a world of false hope.
Trevin Wax|April 21, 2011

Afew years ago, I volunteered to be a counselor at a youth camp. During the bus ride to camp, I had a conversation with one of the other counselors. She told me the story of how she came to faith in Christ. "I grew up going to Catholic school and church," she said. "I knew who Jesus was. I had an awe and fear of God instilled in me. I believed that Jesus Christ died on the cross for the sins of the world."

Then she stopped, her lip quivering, "But I never really understood that Jesus died for me." She went on to tell me about how she attended a Christian concert where she heard the message of the gospel. All of her Christian knowledge about Jesus became personal. Her heart was captured by the glorious truth that Christ died for her ….

Interestingly enough, the summer in which I listened to this woman's testimony was the summer in which I was having an epiphany that went the opposite way. Having grown up in evangelical churches all my life, I had always taken for granted the truth that Christ died for me. That truth was emphasized again and again, and it had gripped my heart long ago. What was becoming more glorious to me was the truth that Christ died for us. I was beginning to see in Scripture how Christ's death purchased his church as a bride. Furthermore, this action for us was ultimately for God and his glory ….

I'm afraid we often take the glorious for me and separate it from the for us and the for God. We shrink the gospel down until it is a message about the individual standing before God that no longer contains the gospel community at the heart of God's plan. Instead, we need to see the for me wrapped up in the for us, which is wrapped up in the ... 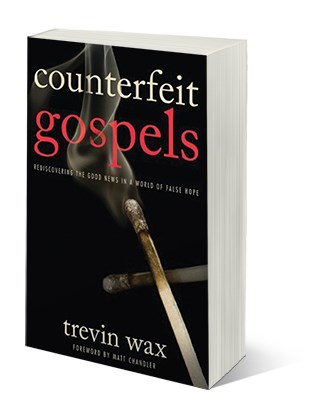 This article is from the April 2011 print issue. Subscribe to continue reading.