Is the God of the Old Testament Angry, Sexist and Racist?
David T. Lamb|July 6, 2011

An Old Testament custom that seems unnecessarily harsh is the "eye for an eye" laws, also called lex talionis, or law of exact equivalence. Many people are familiar with Jesus' radical response to this law in the Sermon on the Mount, in which he tells his listeners to "turn the other cheek" (Matt. 5:39). The clearest expression of this law appears in Leviticus.

If anyone injures his neighbor, as he has done it shall be done to him, fracture for fracture, eye for eye, tooth for tooth; whatever injury he has given a person shall be given to him (Lev. 24:19-20).

If you injure another person's bone, eye or tooth, as punishment your bone, eye or tooth will be injured similarly. Christians today are called by Jesus not to respond with an eye for an eye, but with turning the other cheek, going the second mile and loving our enemies (Matt. 5:38-44). (Recently, one of my sons gave the other a wedgie. While chasing the perpetrator, the victim yelled out, "An eye for an eye, a wedgie for a wedgie." While fleeing, the perpetrator replied, "You're supposed to turn the other cheek.")

Just as Jesus' commands from the Sermon on the Mount were progressive for first-century Israel, the lex talionis principle was progressive for ancient Israel. Old Testament scholar David Baker describes the societal benefits of lex talionis: "It limits vengeance and rules out punishment disproportionate to the offence." As anyone with sons knows, the pattern that usually follows violence is not equivalent retaliation, but escalation. You pinch me, I hit your arm. You hit my arm, I punch your face. On a national scale the escalation principle, if left unchecked, eventually results in ... 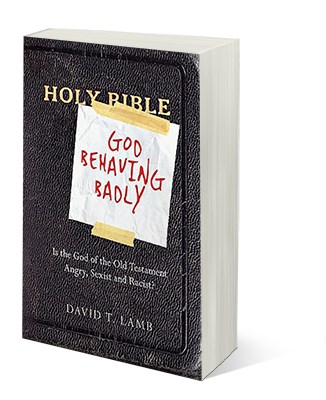