Catholics and Protestants both like the music of John Michael Talbot, who releases his 52nd album today.
Mark Moring|June 21, 2011

John Michael Talbot has been making music for a long, long time, and he's got an astonishing fifty-three albums to show for it—including the brand new Worship and Bow Down, which releases today. As the title suggests, the project includes worship music aplenty, covering a variety of styles—from light pop to liturgical chant.

We recently caught up with Talbot—a Roman Catholic who lives in an integrated monastery in Arkansas—for a phone conversation about the new album … and a whole lot more. We talked about his "crossover" appeal to Protestants, his 1978 conversion to Catholicism (and how Keith Green condemned him for it), his days with Mason Profitt (and perhaps a missed opportunity to join The Eagles), his thoughts on "new monasticism," and even his reputation as a "techno-monk."

How would you describe this new album?

It's different from my previous albums because there's a new Roman Missal coming out this year, so there's a need for new liturgical settings. The old musical settings of the Mass no longer work. I did some new settings, and I took them to Oregon Catholic Press, the largest Catholic publisher of music in the world. They got excited about it, but they said they'd like some other great texts as well. They wanted a new setting of Psalm 95, and they wanted a good communion hymn. For the Catholic churches they wanted a good setting of the Hail Mary that really focused on the centrality of Jesus. 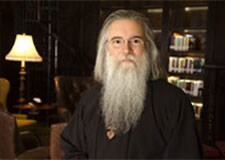