How a terrorist attack reshaped efforts to reach Muslims.
J. Dudley WoodberrySeptember 8, 2011
Image: Patrick Baz / AFP / Getty
This article is from the September 2011 issue. Subscribers can read all of CT's digital archives.

Ten years ago, my wife, Roberta, and I were in Peshawar, Pakistan, two blocks from the Taliban hospital. We were in the home of our son and his family, joining in a farewell party for a Christian pilot. Another pilot approached us and said, "I don't know whether I should tell you the news now or after the party." Of course we said, "Now." He said the BBC had just reported that a plane had flown into the World Trade Center.

A quick check on the Internet showed a little picture of a building with a quarter inch of a flame—one that radiated heat and light through the following decade to where we stand today. That heat and light have generated conflicting responses: increased resistance and receptivity to the gospel among Muslims, and increased hostility and peacemaking among Christians. It has been the best of times and the worst of times for relations between Christians and Muslims.

Of course, the roots of Muslim resistance to Christianity go back to some of the earliest encounters with Christians, but tensions have increased significantly during the past century. Islamist groups such as the Muslim Brotherhood reacted to the secular and Christian culture introduced by European colonizers and missionaries. I met with leaders of the outlawed Brotherhood in Egypt during the late 1970s, and it was evident that while some were peaceful and some were militant, all felt that secular Islam was their primary enemy. By 9/11, some offshoots began focusing on the "distant enemy": economic, military, and political centers in New York and Washington. The subsequent televised pictures of non-Muslim bombs dropping on Muslims in Iraq and Afghanistan elicited further Muslim ... 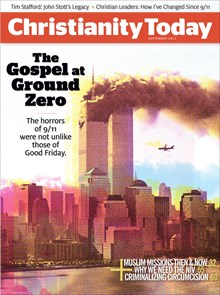