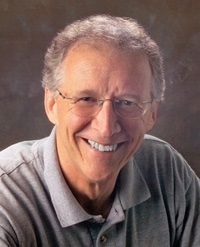 Are American pastors dismissive of Arab Christians in Israel? Should Christians treat the Israeli-Palestinian dispute differently than other conflicts? As pastor of Bethlehem Baptist Church in Minneapolis, John Piper has been addressing these contentious questions for years. After he began informally discussing them with David Brickner, executive director of Jews for Jesus, we invited them to share some of their discussion with our readers. We continue today with Piper's response to Brickner's question, "Do Jews have a divine right to the Promised Land?"  and will continue tomorrow with Brickner's response.

Thank you for taking this happy initiative. I am eager to discuss Israel and the Promised Land with you. I love Jews for Jesus. Your leadership, and Moishe Rosen's before you, have been for me a cause for continual thanksgiving. "To the Jew first, and also to the Greek" (Rom. 1:16) has never ceased to carry weight with me. I pray we will never lose Paul's passion in Romans 10:1: "My heart's desire and prayer to God for them is that they may be saved."

We both agree that the way God chose to bring all the nations under the sway of King Jesus is astonishing. After sketching it, Paul praised God, "How unsearchable are his judgments and how inscrutable his ways!" (Rom. 11:33).

What was Paul's response to this flabbergasting way of saving the world? Unsearchable! Inscrutable! "Who has known the mind of the Lord, or who has been his counselor?" (Rom. 11:34).

So, you are right. I believe God has a future for ethnic Israel. And we agree this is not because there are two tracks to glory or two different covenants of grace. Rather, corporate Israel will be saved in the end because she will be grafted back into the same covenant tree with all of us wild olive branches (Rom. 11:16–24). Both Jews and Gentiles become heirs of the promise of Abraham in the same way: "If you are Christ's, then you are Abraham's offspring, heirs according to promise" (Gal. 3:29).

So I am persuaded with J. C. Ryle that Israel, as a people, will someday be converted to the Messiah and saved:

They are kept separate that they may finally be saved, converted and restored to their own land. They are reserved and preserved, in order that God may show in them as on a platform, to angels and men, how greatly he hates sin, and yet how greatly he can forgive, and how greatly he can convert. Never will that be realized as it will in that day when "all Israel shall be saved." (Are You Ready for the End of Time? pp. 137–138)

Moreover, I also believe the promise of the Land to this redeemed ethnic Israel is both conditional and irrevocable. Irrevocable means they will finally have it as a special dwelling place when the Deliverer comes from Zion and banishes ungodliness from Jacob (Rom. 11:26).

But this irrevocable covenant promise is also conditional. The obedience that comes from faith is the condition. Here's the logic of the covenant promise: "I have chosen him [Abraham], that he may command his children and his household after him to keep the way of the Lord by doing righteousness and justice, so that the Lord may bring to Abraham what he has promised him" (Gen. 18:19). They are to keep the way of the Lord, so that the promises will count for them.

Abraham was justified by faith (Gen. 15:6), but his obedience, for example on Mount Moriah, confirmed his covenant standing and was the condition of the final promise: "In your offspring shall all the nations of the earth be blessed, because you have obeyed my voice [in offering Isaac]" (Gen. 22:18; cf. 26:4–5). Similarly, God spoke this condition to Israel at Mount Sinai: "If you will indeed obey my voice and keep my covenant, you shall be my treasured possession among all peoples" (Ex. 19:5).

Thus, when Israel broke her covenant in protracted disobedience, God, after much mercy, brought judgments on her, including eviction from the Promised Land. "The king of Assyria carried the Israelites … because they did not obey the voice of the Lord their God but transgressed his covenant" (2 Kings 18:11–12). "Because you sinned against the Lord and did not obey his voice, this thing has come upon you" (Jer. 40:3; cf. Deut. 28:45; Ps. 78:56–61).

Today, Israel as a nation is a covenant-breaking people—they are rejecting their Messiah, Jesus. In this condition of unbelief and disobedience, she has no "divine right" to the Land of Promise. This does not mean that other nations have the right to molest her. She still has human rights among nations. Nations that gloated over Israel's divine discipline were punished by God (Isa. 10:5–13).

Therefore, the Christian plea in the Middle East to Palestinians and Jews is: "Believe on the Lord Jesus, and you will be saved" (Acts 16:31). And until that great day when Jesus-trusting Israel will inherit the Land without lifting sword or gun, the rights of nations should be decided by the principles of compassionate and public justice, not claims to national divine right or status.

You point out that "it has never been by divine right but rather by divine mercy that Israel has dwelt in the Land." I totally agree. It has always been by divine mercy that Israel has dwelt in the Land. She has never merited it as a right. I wasn't thinking of "divine right" in contrast to "divine mercy," but in contrast to "human right." That is, Israel may have a human right to the Land, even while she has no divine right to it. That is, in negotiations with other nations, covenant-breaking Israel cannot say, "God has given us a right to this land presently in our state of unbelief and disobedience." While Israel rejects Jesus as her Messiah, neither God's mercy nor his justice offers compelling warrant for her possessing the Land.

You say, "God was merciful and allowed Israel to remain in the Land despite her unbelief. … Why could God not act the same in our present day situation?" I answer: He not only can. He is. Israel is in the Land. And it is all mercy. All I am saying with the term "no divine right" is that the promise of God that Israel will someday rightfully possess the Land carries no leverage among the nations while she is rejecting her Messiah.

With regard to the final inheritance of the Land, you suggest that my handling of the promise to Israel "effectively makes its original meaning null." The reason is that I said,

Jewish believers in Jesus and Gentile believers will inherit the Land. And the easiest way to see this is to see that we will inherit the world which includes the Land. Jewish Christians and Gentile Christians will not quibble over the real estate of the Promised Land because the entire new heavens and the new earth will be ours. 1 Corinthians 3:21–23: "All things are yours, whether Paul or Apollos or Cephas or the world or life or death or the present or the future—all are yours, and you are Christ's, and Christ is God's." All followers of Christ, and only followers of Christ, will inherit the earth, including the Land.

Does this way of seeing things nullify the promise that God will give Israel the Land? I don't think so. Israel will get no less than promised because the Gentiles get more than imagined. For all I know, in the millennium and in the new earth redeemed and glorified ethnic Israel will locate mainly in the new Palestine. But she will also own the world, and no saint will begrudge her emigration, or any Gentile's immigration.

In the present situation in Israel, I agree with your wise counsel: "we must avoid … drawing a moral equivalence between acts of terrorism against citizens and the efforts of a government to defend its people and territory."

My prayer is that the good news of Jesus, the crucified and risen Messiah, would flood Jewish communities around the world, that the veil would be lifted, and that we would see a massive turning of Israel to the Lord Jesus. "For there is no distinction between Jew and Greek; for the same Lord is Lord of all, bestowing his riches on all who call on him. For 'everyone who calls on the name of the Lord will be saved'" (Rom. 10:12–13).