Apparently, if you love someone enough to let him beat you, you’ll never walk alone?
Kenneth R. Morefield|September 23, 2014

Alissa's note: This reflection is part of a series on "Watch This Way" called "Rewind," in which movie critics and film buffs reflect on a film from the past and what it means today.

Carousel was famously cited by Time magazine as the best stage musical of the 20th century. Composer Richard Rodgers allegedly called it his best work. The film version earned nominations for its director (Henry King) and writers (Phoebe and Henry Ephron) from the Directors Guild and Writers Guild respectively. It has a lofty 7.0/10.0 rating from nearly 4,000 viewers at IMDb. In other words, it is one of the most esteemed musicals of all time and one of the most beloved films from the 1950s.

Watching Carousel today, at a time when football players are being suspended for domestic violence and documentarians are striving to give a voice to our some of society’s most vulnerable members, is a bit like taking a Shakespeare class and trying to convince yourself that The Taming of the Shrew is not misogynistic or that The Merchant of Venice is not anti-Semitic. One wants to avoid charges of ethnocentrism at all costs, but it is hard to look at the film and feel anything but embarrassment that our society once countenanced such tripe.

The film opens with Billy Bigelow (Gordon McRae) at a way-station outside of heaven. He has not been judged too harshly for a life lived beating his wife, Julie (Shirley Jones), and sponging off her aunt or for dying while attempting to rob a rich man at knifepoint. If I didn’t have larger complaints, I might be tempted to examine more seriously the theological implications of this purgatorial setting, but other than a brief mention that Billy’s partner-in-crime ... 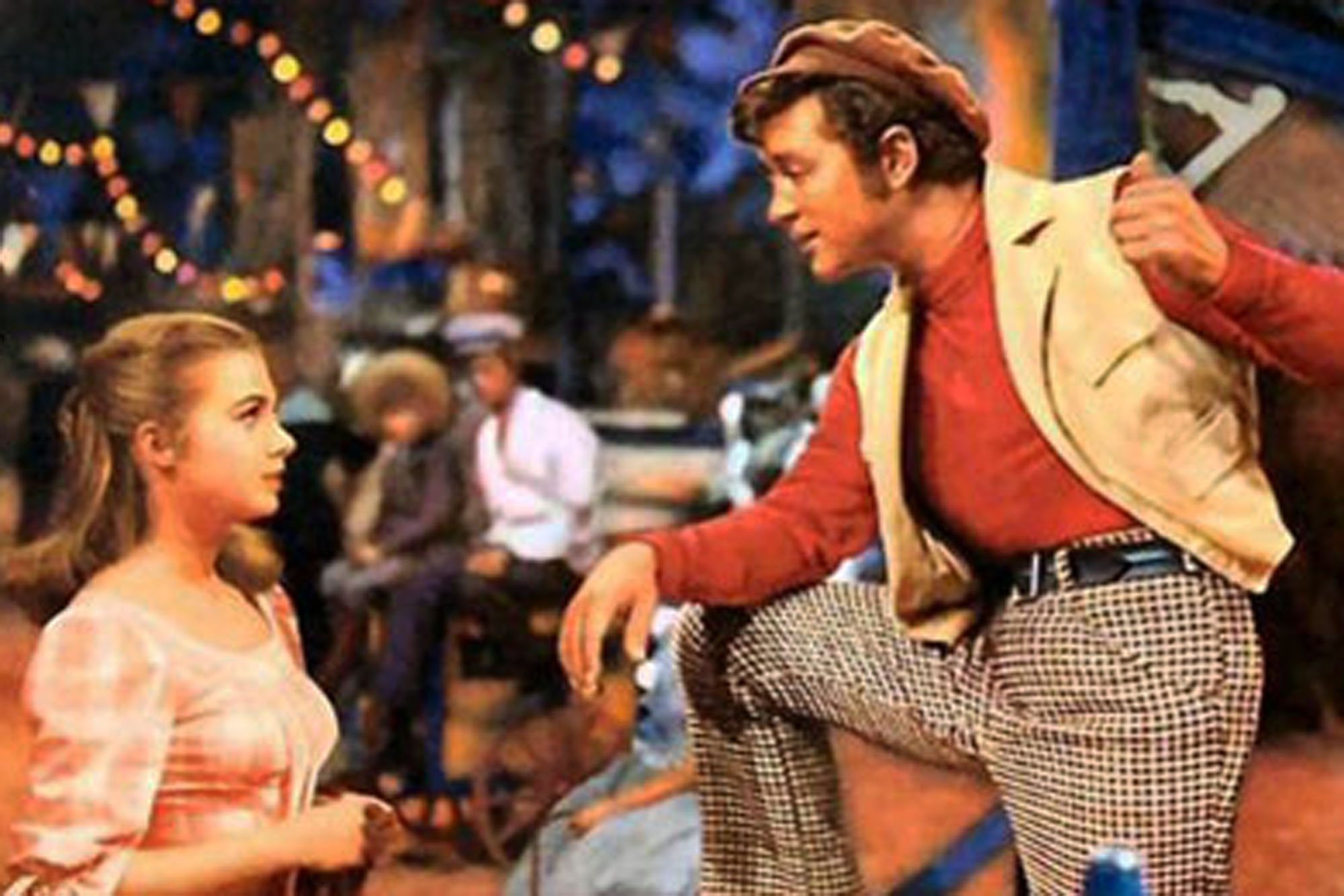