Our recap of the second episode of the miniseries: a lot of violence, a little exposition.
Peter Chattaway|April 14, 2015
Image: NBC
Mary (Greta Scacchi) and Mary Magdalene (Chipo Chung) in 'A.D. The Bible Continues'

Alissa’s Note:A.D. The Bible Continuesbegan airing on Easter Sunday, and during its run, Peter Chattaway recaps episodes as they air. Recaps involve spoilers, especially if you’re not familiar with the Bible story. You can read last week's recap here.

The resurrection of Jesus is good news for his followers, but bad, bad news for the soldiers who were guarding his tomb, in this second episode of A.D. The Bible Continues.

One of the advantages of this series, which is based primarily on the book of Acts, is supposed to be that it has more time to develop the stories that were squished down to a single episode at the end of The Bible miniseries two years ago. The empty tomb, the resurrection appearances and the ascension of Jesus got only seven minutes combined in the earlier series, but this week they got an entire episode to themselves.

And yet they still feel rather rushed—partly because so much of the extra time is taken up with the sort of gratuitous violence that was a recurring characteristic of The Bible.

The first episode of A.D. ended with an angel brandishing a sword before he rolled the stone away from Jesus' tomb. Perhaps the angel was trying to intimidate the soldiers who had been guarding the tomb, but frankly, the soldiers were so stunned by everything else that was going on that they wouldn't have blocked the angel's path anyway.

Now, however, the threat of violence against those soldiers is very real, as Pilate and his men track the soldiers down, beat them, and then ultimately kill them in Caiaphas's presence. And Pilate doesn't just "discipline" his own soldiers this way: he even sends Cornelius himself ... 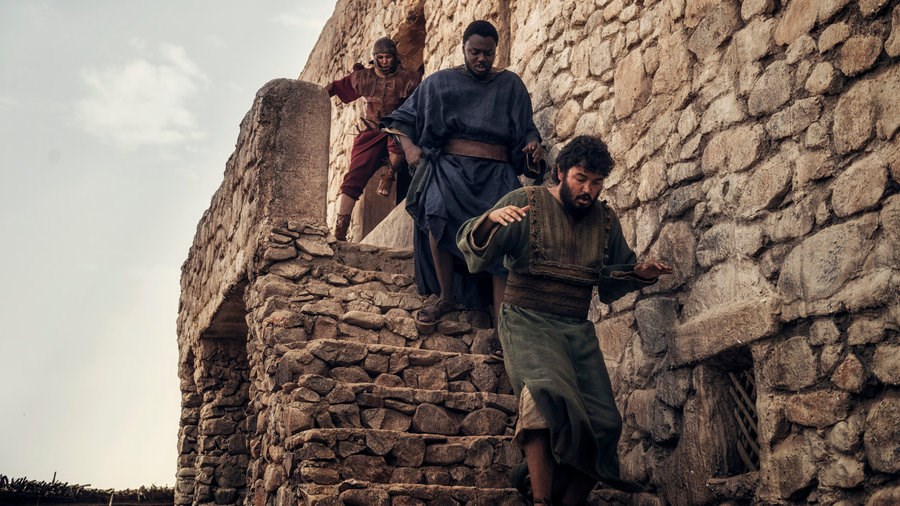