Sodom, Leviticus, and Obergefell: The Bible After Friday's Decision

Google saw a surge of Bible-related traffic in response to Friday's Supreme Court decision on same-sex marriage. Beyond generic Bible-related searches like Bible verses about marriage, the five queries I could identify with the largest absolute increases in volume were Sodom, Leviticus, End times, Abomination, and Romans 1.

By far the most-retweeted tweet was from singer AllyBrooke Hernandez, whose tweet supporting the decision received over 12,000 retweets that first day:

The most-retweeted evangelical leader addressing the decision was David Platt, who was retweeted over 3,100 times:

Here are the ten-most-popular verses tweeted in response to the decision:

Sodom, Leviticus, and Obergefell: The Bible After Friday's Decision 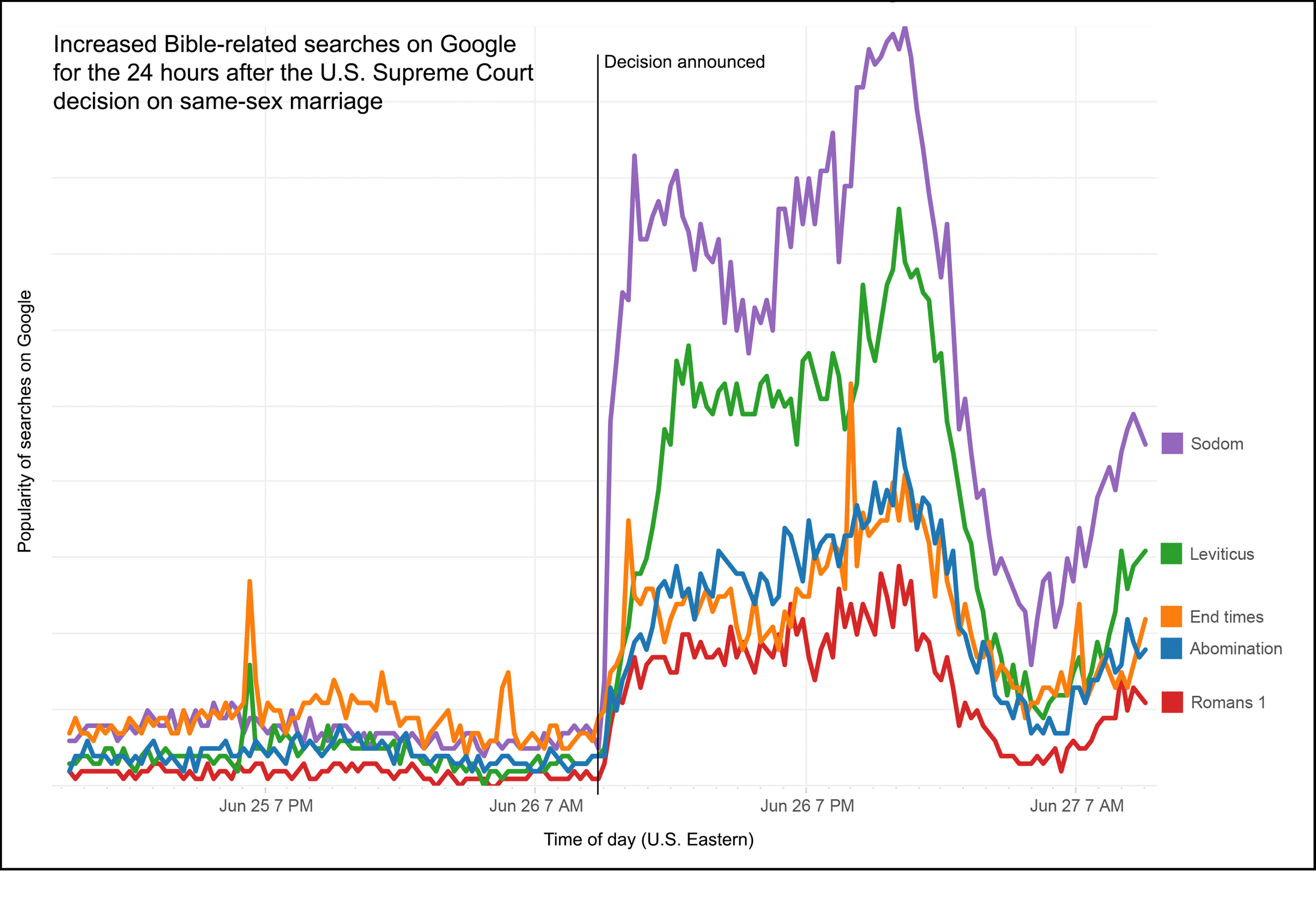 Sodom, Leviticus, and Obergefell: The Bible After ...