Book Title
The Barefoot Lawyer: A Blind Man's Fight for Justice and Freedom in China
Author
Chen Guangcheng
Publisher
Henry Holt and Co.
Release Date
March 10, 2015
Pages
352
Price
$31.94
This article is from the March 2015 issue. Subscribers can read all of CT's digital archives.

Chen Guangcheng seemed an unlikely hero. Born in 1971 to a poor family in rural China, blind since infancy, and illiterate until his late teens, Chen became his country’s most prominent human-rights activist. His story made international headlines in 2012 when, under house arrest, he made a dramatic escape and sought refuge in the US embassy in Beijing. The Chinese government eventually allowed him to go to the United States.

The Barefoot Lawyer: A Blind Man’s Fight for Justice and Freedom in China (Henry Holt) is Chen’s autobiography. It offers both an absorbing story of how a determined, courageous individual can make a difference in the lives of millions and an eye-opening portrait of the desperate conditions endured by China’s rural poor. Chen advised his countrymen about their legal rights, and the book’s title refers to the nickname by which they know him.

Chen’s activism began with a seemingly trivial incident: A ticket collector on a bus refused to let him ride free, as mandated under China’s law regarding those with disabilities. His outrage at this mistreatment propelled him into advocacy for people with disabilities, first at his school in Shandong Province and then on a national level. He educated himself on disability law, petitioned the government in Beijing for better enforcement, and used the media to call attention to violations.

He employed similar tactics to help other victims of official misconduct. When people began to sicken or die from drinking water polluted by a paper mill upriver from his village, he exposed the corrupt officials whom the mill owners had bribed to ignore environmental regulations.

Chen also turned his attention to the plight of women ...

Chen Guangcheng, the Voice of China's Voiceless
expand
hide this 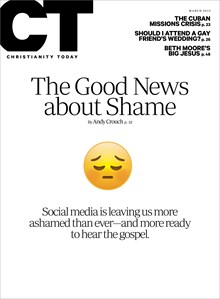