There's something strange about the Stephen in this episode of the NBC miniseries.
Peter Chattaway|May 5, 2015
Image: NBC
Simon the Zealot (Fraser Ayres) in 'A.D. The Bible Continues'

This is the first episode of A.D. The Bible Continues that was a near-total letdown, for me. But to explain why, I have to talk a bit about previous adaptations of the book of Acts. In particular, I have to talk about another NBC series that had the letters "A.D." in the title.

Back in 1985, the five-part miniseries A.D. Anno Domini—produced and co-written by the same people who made Jesus of Nazareth—covered the entire book of Acts and mixed it with the lives of the Caesars as well as a couple of fictitious romances involving a Roman soldier and a Jewish slave on the one hand, and a Zealot and a female gladiator on the other.

The miniseries had its weaknesses, but one of its great strengths was the attention it paid to the diversity of Jewish thought at the time of the apostles, and how it explored this diversity through the relationship between the firm but tolerant rabbi Gamaliel (played by The Paper Chase's John Houseman) and his increasingly dogmatic student Saul.

Even better, the miniseries paid special attention to the incremental ethnic diversity of the early Church, starting with how the early Church—which began as a movement of Galilean Jews—appointed seven Hellenistic Jews to oversee the distribution of food to the poor, because it was the widows from their community who were being overlooked.

And somewhere in the middle of all that, the miniseries gave us an utterly dynamic portrayal of Stephen, the Hellenistic ... 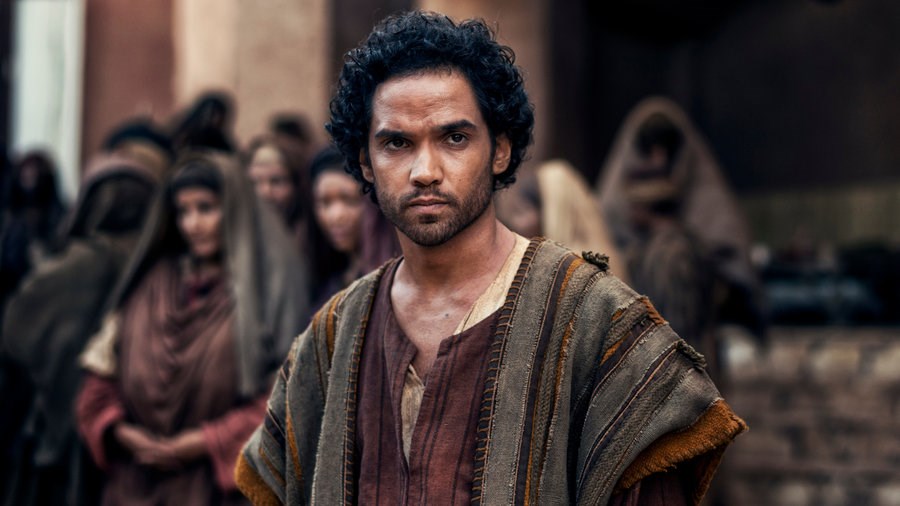