A glimpse of inspiration and testimony from some of Team USA’s Christian athletes.
Morgan Lee, with reporting by Dorcas Cheng-Tozun|August 5, 2016
Image: David J. Phillip / AP

There’s nothing like the pomp and prestige of the Olympics Games to raise the stakes for the world’s top athletes. With millions of viewers watching, more than 10,000 will compete in this year’s Olympics in Rio de Janeiro, Brazil.

Fans tune in not only for the physical feats, but for stories of triumph. We want to see who achieves the dream of winning gold on a global stage. Competing at this level forces participants to reckon with priorities. Some Christian athletes enter with a perspective that explicitly challenges the idea that Olympic success would be the pinnacle of their lives. Some learn that lesson as they go.

Regret over having “failed the world” with her silver medal placement in the 2008 Games eventually led gymnast Shawn Johnson to realize that even if she won “12 more Olympic gold medals…it’s not my purpose in life, and he will always be my greatest reward,” she said in a recent video for I Am Second.

The following Christian competitors share how faith inspires and influences their Olympic aspirations, from a shot-putter who leads the team Bible study to a synchronized diver who says God saved him from a diving accident that could have taken his life.

Swimmer Madeline (Maya) DiRado is headed to Rio knowing that this will be both her first and last Olympics. Competing in the 400-meter medley, the 200-meter medley, and the 200-meter backstroke, the 23-year-old “late bloomer” already declared her intention to retire after this summer and transition to a consulting job awaiting her.

DiRado already caught media attention for her insistence not to be defined by her swimming accomplishments. She ... 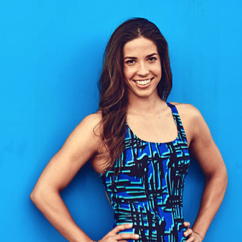