The new museum wants to ignite passion for the Word through high-tech wizardry and scholarly detachment. Can it do it all?
Martyn Wendell Jones|October 20, 2017
Image: Courtesy of The Museum of the Bible

Two blocks south of the National Mall in Washington, DC, a stately brick building with a recessed entrance faces Fourth Street. On either side of the entrance, two bronze doors the height of upended school buses stand adorned with the text of the Gutenberg Bible. They are perhaps the largest-scale homage ever made to the printing plates that brought Scripture into the age of mechanical reproduction, and, as with the original plates, the text on them protrudes backward. It is as though the doors are waiting to come unhitched and fall through a perfect 90-degree arc onto the street, indelibly impressing the city with the Word of God in the Latin of the Vulgate.

Each stacked line of text weighs roughly 380 pounds and was individually affixed to the doors. They don’t close, however; their function is purely decorative, and the recessed entrance plaza remains open year round. Beyond these doors opens an enormous hall paved with marble tiles.

Looking up, a visitor might see a sprawling digital canopy of trees, one of five possible scenes playing on a ceiling-mounted 140-foot-long LED display. The light emitted by the false sky intensifies in surrounding glass walls and polished floors; bystanders are awash in illumination. At the end of the hall, a floating staircase winds up into the air without the aid of steel supports; docents clad in Ancient Near Eastern garb shuffle by to assume stations in the world of the distant past.

On November 17, Museum of the Bible (MOTB) will open its doors to the public for the first time, claiming to be the most cutting-edge museum in DC. Lavish exhibits, futuristic technology, and hitherto-unseen artifacts await visitors on the upper floors, as do lingering questions about the museum’s ...

@martynwendell
This article is from the November 2017 issue. 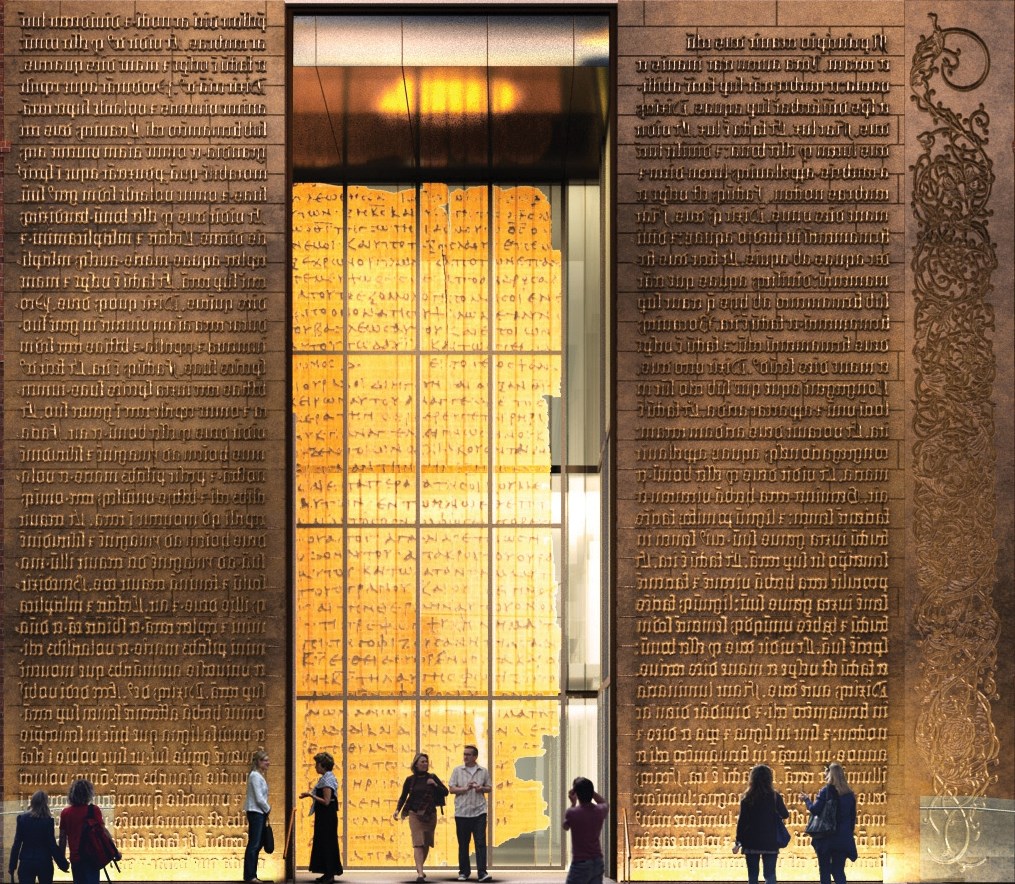